But that was all going to change when she decided to take control of her love life and meet someone new. Or, well, she was hoping it would.

Actress Samia Longchambon told Metro about the string of Maria's bad dates - and the sparks of romance between her character and Ali Neeson. 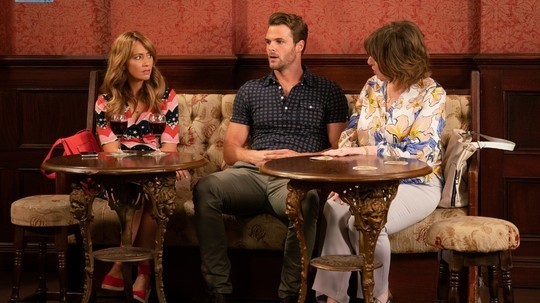 "She starts going on these weird and wonderful dates – it doesn’t last further than one date per guy.

"They’re all really random. The first one brings along his mum and she’s quite insulting to Maria and says she’s quite ordinary looking so she’s straight out the door, that puts her off.

"There’s one date she has whose girlfriends have all died under suspicious circumstances and all of their names end with the letter ‘a’. Maria literally legs it out of the bistro." 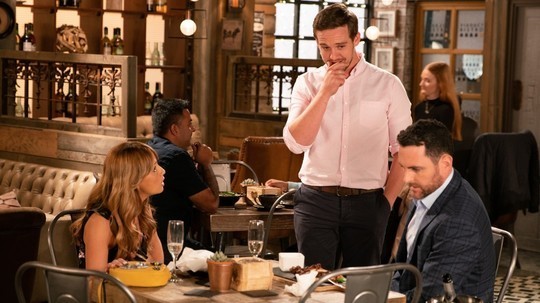 Then, she ends up on a date with a guy who likes to dress as a dog - and a string of misunderstandings makes the date a whole lot more awkward.

"Maria thinks he is a goth because he has a collar on so she says she is into all of that as well and he obviously thinks she’s the perfect woman.

"She tells him she used to work at the kennels and was barking around – she meant to music but he thought literally barking! 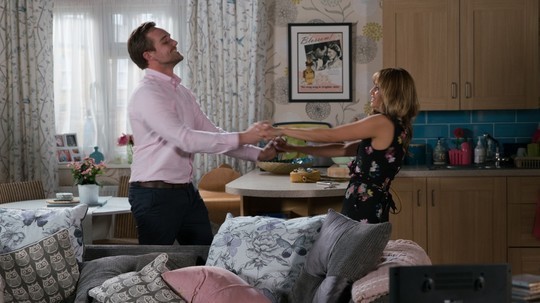 "She asks to see the pictures as he says he has all of the accessories and then the picture shows him dressed as a dog. By that time, Maria is saying she is full as she just wants to leave and Ali offers a doggy bag.

"And Maria is annoyed at him making fun of him and Maria’s like – ‘well so what if he likes to dress as a dog!?’ The guy just legs it out of the door – his name is Rex too!’"

Things change when Ali comes by to patch things up with Maria - and the two of them share  kiss. 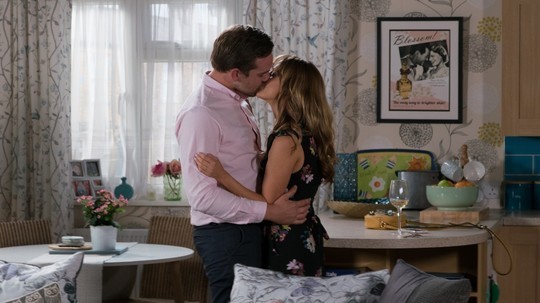 "He comes round to apologise as she thinks he is making fun of her love life. They end up having a couple of bottles and they start having a little dance.

" They have this kiss – there is something simmering. It’s more whether Maria can act on it as she doesn’t want to upset Michelle…"

popular
Will Smith admits to 'failing miserably' in 21-year marriage to Jada Pinkett Smith
5 new additions to Netflix to spend your Saturday night watching
QUIZ: How well do you remember the 2005 movie Pride & Prejudice
Someone has ranked the penis size of men from all over the world
Here's what happens on every day of your menstrual cycle (roughly)
QUIZ: How well do you remember The Princess Diaries?
James Franco Has Opened Up About His Relationship With Lana Del Rey
You may also like
3 months ago
Real life Corrie couple Sally Carman and Joe Duttine have gotten engaged
4 months ago
Corrie's James Burrows has landed his first role after leaving the soap
4 months ago
Coronation Street star 'in self-isolation' over coronavirus worries
4 months ago
'The hardest goodbye': Corrie's Lucy Fallon pays tribute to Bethany Platt as her final scenes air
4 months ago
Coronation Street's James Burrows shares details about Ali Neeson's exit storyline
4 months ago
Corrie's Ian Bartholomew says it is 'uncomfortable' playing Geoff Metcalfe
Next Page