The much-talked-about new show is available to watch this week.

Coming from the creative minds of Oscar-winning director Barry Levinson (Rainman, Disclosure, Sleepers) and Emmy-winning writer Danny Strong (Empire, Game Change, The Hunger Games), you know that a show like Dopesick is definitely going to get your attention.

That is before you take into account the staggeringly good cast – Michael Keaton, Rosario Dawson, Michael Stuhlbarg, Kaitlyn Dever, Peter Saarsgard and Will Poulter. 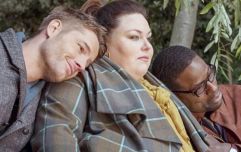 This Is Us returns today for sixth and final season

END_OF_DOCUMENT_TOKEN_TO_BE_REPLACED

You've also got the powerful true-life drama at the core of the series, which tells the story of how the opioid crisis took hold in the United States, all told from a multitude of different viewpoints.

In the run-up to the show's release, JOE was lucky enough to chat to Danny Strong about the series, including how he felt when he learned that they had cast Batman in the series, and the difficulty of striking the balance between drama and entertainment in a show about this particular topic.

Check out the interview with Strong right here:

During the chat with Strong, we mentioned that from the episodes we'd seen, there were two movies that seemed to have an influence on the tone and style of the show – Sicario and Spotlight.

JOE asked Strong if there were any particular cinema and/or television touchstones that were used as inspiration for Dopesick. Strong told us the following:

"You're the first person to mention Sicario, I haven't heard that before. But I love Sicario, that was a great movie and I actually loved the sequel, too. And Spotlight was my favourite movie of that year, I love Spotlight. 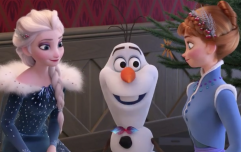 END_OF_DOCUMENT_TOKEN_TO_BE_REPLACED

"The main one that Barry Levinson and I talked about a lot was The Insider. There seemed to be a lot of what we were up to not being so dissimilar to The Insider, and we both loved The Insider, so tonally that was a touchpoint."

If you've never seen it, Michael Mann's incredible true life thriller The Insider has been added to Disney+ this week.

"Traffic, for me, was the earliest concept. I thought 'Oh, I'm going to do Traffic of the opioid crisis', with intertwining stories to try to kind of tell a bigger totality of the event.

"And then, one thing that Barry and I talked a lot about with the wonderful cinematographer Checco Varese was The Deer Hunter. We wanted the coal town to have the authenticity of The Deer Hunter. 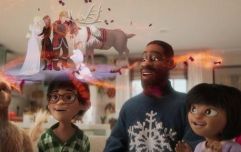 END_OF_DOCUMENT_TOKEN_TO_BE_REPLACED

"But The Insider was one of the biggest touch-points for our visual style. Checco talked about the lighting scheme in The Insider. Dante Spinotti, one of the greats, shot The Insider for Michael Mann, so we definitely got some inspiration from Dante."

JOE also chatted to Kaitlyn Dever, one of the stars of the show, about her role across the series, as well as what it is like to work with Batman (aka Michael Keaton), and her top-secret next project which features none other than George Clooney AND Julia Roberts playing her parents.

The first two episodes of Dopesick will arrive on Disney+ on Friday, 12 November, with the rest of the series arriving weekly after that.

popular
FBI reveal that Brian Laundrie is responsible for Gabby Petito's death as they discover notebook
A documentary about two Irish boys who skipped school to go to New York is coming soon
Ben Foden explains why he called Rachel Stevens "sexiest woman alive"
Nick Jonas and Priyanka Chopra's baby said to have arrived 12 weeks premature
These are the top baby names for 2022
And Just Like That... episode 8: Nobody saw this one coming
Special mass to be held for Urantsetseg Tserendorj's anniversary
You may also like
3 months ago
Patrick Dempsey says he "fell in love" with Ireland while filming Disenchanted
4 months ago
Winnie the Pooh's hundred acre wood cottage is on Airbnb now
4 months ago
Disney+ reveals line-up of new and classic Halloween movies and shows
4 months ago
Coco is officially the Ireland's favourite Pixar film, according to science
4 months ago
Tributes paid after death of Up and Elf's Ed Asner
5 months ago
Emma Stone is on board for the Cruella sequel
Next Page