Your side-fringe is carefully swept across your forehead and your arms are loaded with Silly Bandz. You spend your days BBMing your friends, watching Glee and planking in public places. Lacoste Touch Of Pink is your scent of choice and  Justin Bieber is the man of your dreams. Life is good – and it’s about to get a whole lot better.

In July of 2010, Simon Cowell assembled five unassuming teenage boys from across the UK and Ireland and formed a boy band for TV talent show The X Factor. Neither he nor anyone else could have known the gift he was bestowing on the world. 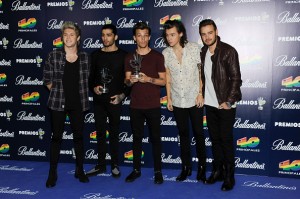 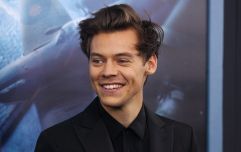 END_OF_DOCUMENT_TOKEN_TO_BE_REPLACED

Ten years and countless bangers later, it’s hard to overstate the impact that One Direction had on those side-fringed, Silly Bandz- wearing girls. This week, as we celebrate a decade of the fab five, we’ve decided to rank our top ten 1D hits.

We’re counting down our favourite singles from the band from ten to one, not by their chart success or the impact they’ve had on music today but simply by how much you want to sing along to them.

The process hasn’t been easy (there may be some upsets and notable absences) but we stand over the list we’ve created and our final rankings. Any issues with it, go have a moan on Tumblr like an OG One Direction stan.

This isn’t even close to One Direction’s biggest song and the lyrics aren’t much to write home about but the violin is sumptuous and there’s something magical about that "One more/ one more time" in the bridge.

Hand on heart, we reckon this could have been an album track rather than a single. That said, we still eat it up any time we hear it.

We’re going to come out and say it - Kiss You is One Direction’s biggest earworm. You could say otherwise but you would be wrong.

Can a song be cosy? Because Story Of My Life just feels cosy.

This is one that even diehard boy band haters can’t help but belt out when they hear it.

One of their earliest singles, One Thing established the band’s now-trademark chanty chorus and stuck in our heads for months on end.

A big part of this song’s appeal is tied up in its emotional impact as 1D’s last single. We dare you not to shed a tear as you sing along.

No bells or whistles, just an understated track with some stunning vocals. Best listened to in the car on a rainy day.

Not quite the best song ever, at least in our estimations, but it’s up there. We’re also suckers for that video.

It was a tough call, but this is our number one. If those opening piano notes don’t take your soul to a different place, you can’t call yourself a fan.

popular
Airport outfits are all the rage as we head abroad - here are the 4 best ones
Gemma Owen gets to know Jack Keating as her head turns on tonight's Love Island
Penneys has a perfect dupe for Charlotte Tilbury's Flawless Filter foundation
So it seems Ekin-Su once competed as Miss Ireland before Love Island fame
A 'hangover pill' has just gone on sale in the UK - and they ship to Ireland
WATCH: The moment dad attacks 3-year-old son's suspected murderer in court
Love Island's Gemma finally tells villa about dad Michael Owen on TV
You may also like
2 weeks ago
Liam Payne is reportedly back with ex Danielle Peazer after nine years
1 month ago
Liam Payne says there are a lot of reasons he doesn't like Zayn Malik
2 months ago
Liam Payne finally explains weird accent during hilarious Oscars interview
4 months ago
Harry Styles' stalker charged after allegedly breaking into his home
5 months ago
Cheryl says her "world changed" when she became a mother
7 months ago
Harry Styles has launched his own unisex beauty brand
Next Page