Mean Girls is one of the most iconic and memorable films of our generation, but what we would give to have been able to see Cady and Regina have one last face off.

Thankfully, some dreams do come true, and in this unseen deleted scene, we finally get our answer as to what may have happened. 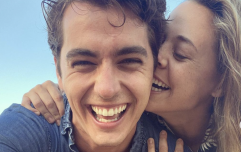 END_OF_DOCUMENT_TOKEN_TO_BE_REPLACED

The scene shows Regina, played by Rachel McAdams, after she fractures her spine whens he got hit by the bus, and later getting into a heated altercation with Cady, played by Lindsay Lohan.

Discovering Cady's betrayal, false rumours began spiralling that Cady pushed Regina in front of the bus as her last piece of revenge.

The clip takes place during the Spring Fling event where Cady is voted queen, but here we get an even longer conversation between the two than we originally saw. 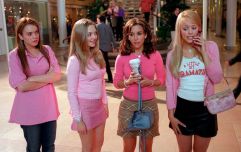 QUIZ: How well can you remember Mean Girls?

END_OF_DOCUMENT_TOKEN_TO_BE_REPLACED

Running into Regina in the toilet, Cady sees her for the first time since the accident and things do not go down well.

The clip also shows a hilarious moment with Regina’s mom, played by Amy Poehler, where we only get to see the coolest mom ever being even cooler.

While Mean Girls remains one of the best films of the 2000s, fans have taken to social media to say they would have loved to see this scene in the original film.

One said: "I love the last scene. It explains a lot about regina not being so selfish anymore."

Another wrote: “The bathroom scene was actually a good scene between Cady and Regina and explains a lot and gives closure."

While a third said: "The last scene of cady and Regina in the bathroom should have stayed in."

popular
Traditional names such as Mary, Maureen, John and Michael may soon be extinct
Two racehorses die after escaping from Dublin field
Doctors urge women not to follow Kourtney Kardashian's 'semen' fertility advice
Husband of school teacher killed in Texas shooting dies of heart attack
Two My Chemical Romance fans get engaged at Dublin gig in viral TikTok
Bridgerton's Ruby Barker hospitalised amid "mental health struggle"
The 2 Johnnies share unbelievable catfish ordeal as woman 'targets 40 people'
You may also like
2 months ago
Mean Girls actor Jonathan Bennett marries long-term boyfriend
2 years ago
A Mean Girls bottomless brunch is happening in Dublin's Jam Park soon
2 years ago
There's a Mean Girls-themed pop up restaurant opening and it sounds SO fetch
2 years ago
There's a new Mean Girls range in Boots for the perfect gals night in
2 years ago
A Mean Girls inspired 'burn-cookbook' exists, and we're hungry for it
2 years ago
People are loving this blackhead hack because it works instantly
Next Page