Two things that would have proved baffling at the start of 2020, but make perfect sense now.

It’s still a raw subject for many Irish people, but one of the biggest stories of 2020 – and yes, we say that with confidence in the year of a global pandemic and a US presidential election – is set to be revisited in a special documentary this Christmas.

That’s right, only a few weeks after his disappearance from his home in Dingle Bay after 37 years shocked the nation, the departure of the beloved Fungie the dolphin and the impact both locally and beyond will be explored by host Baz Ashmawy in Fungie’s Kingdom.

That documentary is one of the highlights of the RTÉ Christmas TV schedule announced on Wednesday, which also includes The Real Field and The Busk - A Decade of Christmas on Grafton Street. 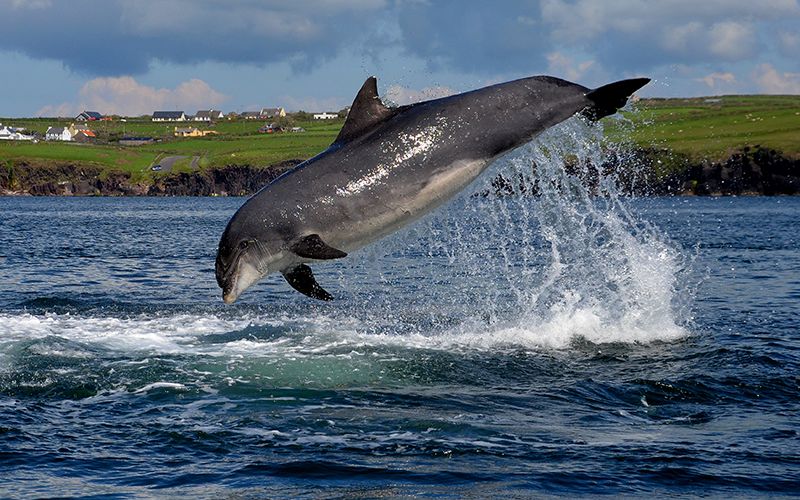 END_OF_DOCUMENT_TOKEN_TO_BE_REPLACED

In The Real Field, Billy Keane, son of John B, goes in search of the truth behind the murder that inspired his father’s most famous work.

The Busk, meanwhile, will celebrate the best of Irish music, songs and stories and the great tradition that sees some of Ireland’s best musical talents take to Grafton Street to put on a show each Christmas.

Elsewhere in the festive schedule, Mrs. Brown’s Boys will be gunning to make it 10 years in a row as the most-watched TV programme in Ireland at Christmas with not one, but two festive specials.

There’ll also be a Christmas Special from The Den - the revamp of which has proved a huge success in recent weeks - and a special programme to mark the 25th anniversary of Riverdance.

END_OF_DOCUMENT_TOKEN_TO_BE_REPLACED

Plenty in there for most to enjoy and if it doesn't take your fancy, there's always Netflix.

Girls With Goals || Her · Ep.153: Scholarship Squad - We chat to Facebook's Claire O'Hara about our Smurfit Scholarship fund.
popular
Where are they now? The men of Sex & The City
Dad designs bikini line for transgender teens
Someone has ranked the penis size of men from all over the world
Award winning Irish film about conversion therapy debuting this weekend
The latest TikTok beauty trend is drawing on under-eye bags to look tired
Here's what happens on every day of your menstrual cycle (roughly)
Why Are Men so Obsessed With Boobs? The Answer is Pretty Surprising...
You may also like
1 week ago
Netflix’s new true crime doc examines one of the most infamous serial killers in US history
2 weeks ago
This Morning interview with Graham Norton goes disastrously wrong
2 weeks ago
Did you spot this? Bridgerton's Claudia Jessie also starred in Line Of Duty
3 weeks ago
New series of Reeling In The Years to air on RTE this spring
3 weeks ago
"Calling new islanders": Love Island is now casting for next season
3 weeks ago
Here are some of the best movies on TV this Monday
Next Page