He's hiding a whole other identity.

The actress, who recently returned to the 'dales after 18 years away, told The Sun all about her character's secret - which is sure to cause plenty of drama.

Ever since her arrival, Mandy has been pretending Vinny is her teenage son - and viewers even became convinced he is Mandy and Paddy's child.

However, viewers are going to find out the truth about Vinny later in October - a month that soap bosses have already promised is going to be "explosive."

"Who is he? Even I’m yet to find that out – it’s all still to unfold.But Vinny just wants to be part of the family."

She added that while viewers may find out the truth about Vinny not actually being Mandy's son, the Dingle family never do - "Mandy makes sure of that."

The actress teased that Vinny's real mum may be somebody that fans have already seen before. 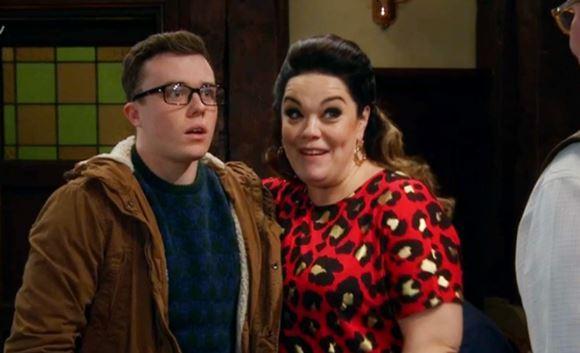 "Who is his mother? That’s the big question – will it be a cast member, we just don’t know." 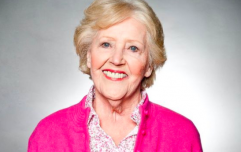 END_OF_DOCUMENT_TOKEN_TO_BE_REPLACED

It comes as there's another dramatic storyline unfolding in the 'dales this month: Robert Sugden's exit.

Ryan Hawley, who has played the character for five years, previously teased the drama in store for his character before he leaves.

The actor added that he will miss the show "massively" when he leaves noting how it had "been a huge part of my life for the last few years."

"I love working here, I love the people that I work with and it's going to be very emotional leaving."

popular
10 Dublin restaurants with outdoor areas we'll be hitting up for the next 3 weeks
Scientists discover potential “game changer” that “could help eliminate Covid-19”
WATCH: Netflix to release documentary on the Watts family murder
Someone has ranked the penis size of men from all over the world
Kate Middleton has addressed the rumours that she's pregnant with her fourth child
Gardai investigating "all circumstances" as young woman is found dead in Dublin apartment
The Christmas movies TV channel is launching this week
You may also like
6 months ago
Danny Miller set for 'explosive' return to Emmerdale
6 months ago
Apparently, Emmerdale is the most stressful soap for fans to watch
7 months ago
Emmerdale's Vanessa Woodfield has been diagnosed with bowel cancer
7 months ago
EastEnders' Ian Beale has been revealed as the soap character people fancy the most
7 months ago
Emmerdale reveals two new characters who are joining the soap this spring
7 months ago
Emmerdale's Matthew Wolfenden teases a possible return for Maya Stepney
Next Page