Emmerdale's Ryan Hawley has teased Robert Sugden's "emotional goodbye" as he gets ready to leave the soap.

As fans are no doubt aware, Robert will be leaving the soap soon as Ryan Hawley is leaving the 'dales after five years.

And with his exit looming, Robert is set to soon go on the run with his husband Aaron after he realises he may face a hefty prison sentence if he stays.

He had previously been charged with GBH with intent after he brutally attacked Victoria Barton's rapist Lee Posner.

However, scenes set to air next week will see Victoria break the news that Lee has died - leaving Robert worried he may now be charged with murder. 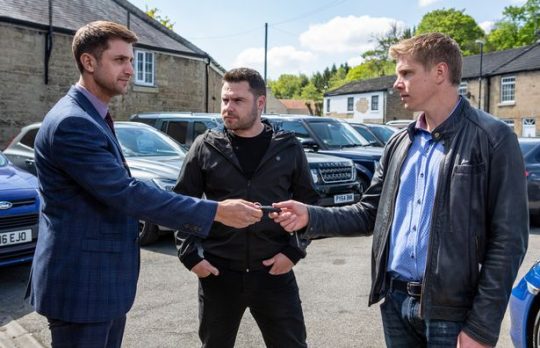 "It's shocking, it comes out of nowhere. Victoria comes and says Lee has died and they very quickly start to process what the implications will mean for Robert's sentencing.

He's pled guilty already to GBH with intent, section 18, which will inevitably mean he will now be guilty, or he thinks he will be found guilty for the murder of Lee Posner.

"Everything very quickly escalates and it leads to Aaron and Robert making a very rash decision, which is to leave the village fast and for good."

He added that Robert quickly realises just how much trouble he is in, and how Lee's death "is going to change everything." 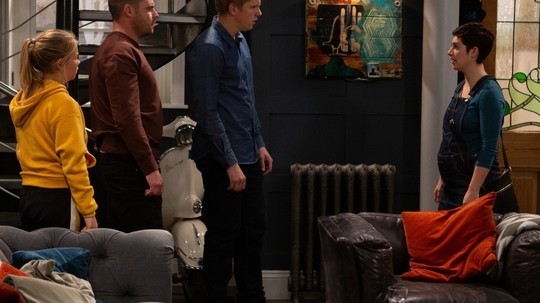 "[Robert] is going to be going away to prison for a much longer time than they had thought and he had accepted. So Liv suggests the only option they have is to leave and the decision is made.

"Robert is initially reluctant for Aaron to join him, but Aaron says 'there is no way you are leaving without me' so he reluctantly accepts that. He knows he has to go and it has to be quick."

He said that while they don't really have a plan once they hit the road, Robert and Aaron are planning to "take it as it comes." 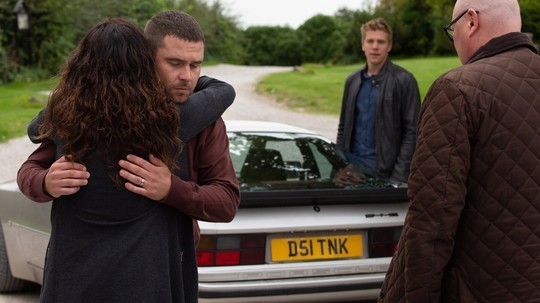 "It means some very emotional goodbyes to some people in the village, but they have to be quick and there are some people they don't even get the chance to, because there just isn't time.

"The police are literally on their way, so they have to be fast and quickly make it out of the village. They really believe they are going to stay on the run and make it work. There were very emotional goodbyes with a real sense of urgency."

The actor added that he will miss the show "massively" when he leaves noting how it had "been a huge part of my life for the last few years."

"I love working here, I love the people that I work with and it's going to be very emotional leaving."

popular
Staycation: TripAdvisor reveals the top 10 hotels in Ireland for 2020
Rupert Young, twin brother of Will Young, passes away, aged 41
Irish actor Richard Flood promoted to series regular on Grey's Anatomy
"Deeply and unreservedly sorry:" Ryan Reynolds apologises for marrying on former slave plantation
WATCH: Sneak peak of Paul Mescal in latest Rolling Stones' music video
Someone has ranked the penis size of men from all over the world
Kate Middleton has addressed the rumours that she's pregnant with her fourth child
You may also like
4 months ago
Danny Miller set for 'explosive' return to Emmerdale
5 months ago
Apparently, Emmerdale is the most stressful soap for fans to watch
5 months ago
Emmerdale's Vanessa Woodfield has been diagnosed with bowel cancer
5 months ago
EastEnders' Ian Beale has been revealed as the soap character people fancy the most
5 months ago
Emmerdale reveals two new characters who are joining the soap this spring
6 months ago
Emmerdale's Matthew Wolfenden teases a possible return for Maya Stepney
Next Page