Ever wondered what it's like to join a champion cheerleading team? We put our skills to the test

Captivating millions of people and opening up the doors into the competitive world of Cheerleading, the smash-hit docu-series followed the Navarro College cheer team as they put their bodies to breakpoint and their minds to emotional brink all to achieve palpable success.

Led by the incredible coach, Monica Aldama, Navarro College has won 14 National Championships and 5 Grand Nationals making them the best in the business. 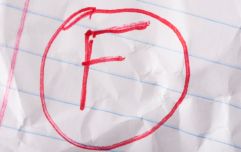 END_OF_DOCUMENT_TOKEN_TO_BE_REPLACED

And so, led by our new-found passion for cheerleading and love for the series, we decided to put our own skills to the test and see if we have what it takes to make it in the demanding sport.

Strike Force All Star Cheerleading is the largest competitive cheerleading squad in Ireland. Travelling to some of the best UK and US competitions, Strike Force have competed in places like Orlando and Daytona, Florida. 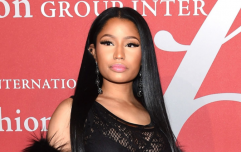 END_OF_DOCUMENT_TOKEN_TO_BE_REPLACED

Strike Force have 10 teams on the go, all ranging in levels and ages with their main goals being to gain confidence, build lifelong friendships, develop a strong work ethic, and understand that a team is only successful with hard work. END_OF_DOCUMENT_TOKEN_TO_BE_REPLACED

So, we put our skills to the test.

Influencer Mark Rodgers and Her journalist Niamh Maher joined Strike Force for a day to get a taste of what it's like to join the leading Irish cheerleading team.

From dancing to tumbling, Niamh and Mark might be confident but can they make it to the Elite Team?

Check out the verdict below

You can find out more information about classes and programmes available at Strike Force Cheer here.

Cheer is now streaming on Netflix.

popular
Man charged with the murder of pregnant Natalie McNally
Priscilla Presley pays tribute to daughter Lisa Marie on her 55th birthday
Wayne Lineker called out for comment on Tommy and Molly-Mae's baby news
Natalie Imbruglia's Torn is actually a cover and the original just isn't the same
Chris Hughes reveals he has been rushed to hospital in "worst" night of his life
Dani Dyer reveals the gender of her twin babies
Patrick Clancy asks public to forgive his wife after she murdered their three children
You may also like
6 months ago
You can now do a college course all about Harry Styles - no, really
1 year ago
Students call for a return to in-person graduations
1 year ago
What to do if you didn't get the CAO offer you wanted
2 years ago
Starting college in 2020? Here's a living essentials guide to help you out
2 years ago
69 percent of college students are nervous about returning to third level education
3 years ago
UCD and Athlone named best third-level institutions in the country
Next Page