So everyone is in agreement then that Wes's mum looks like Gail Platt from Corrie?

On Sunday's penultimate episode of Love Island, the contestants' parents arrived en masse at the villa.

However, thankfully for the couple in question, Wes's mum and dad were entirely approving of his romance with Megan.

Certainly the words "we're proud of you and we like Megan," is about as good as it's gonna get in terms of parental favour following a stint on a reality TV show that's garnered millions of views.

Parent test = passed with flying colours! Megan had nothing to worry about! 😊 #LoveIsland pic.twitter.com/nHYFySVPtk

It didn't take long either for Love Island fans to make a rather canny observation about Wes's mum and one of the most popular characters from Corrie. 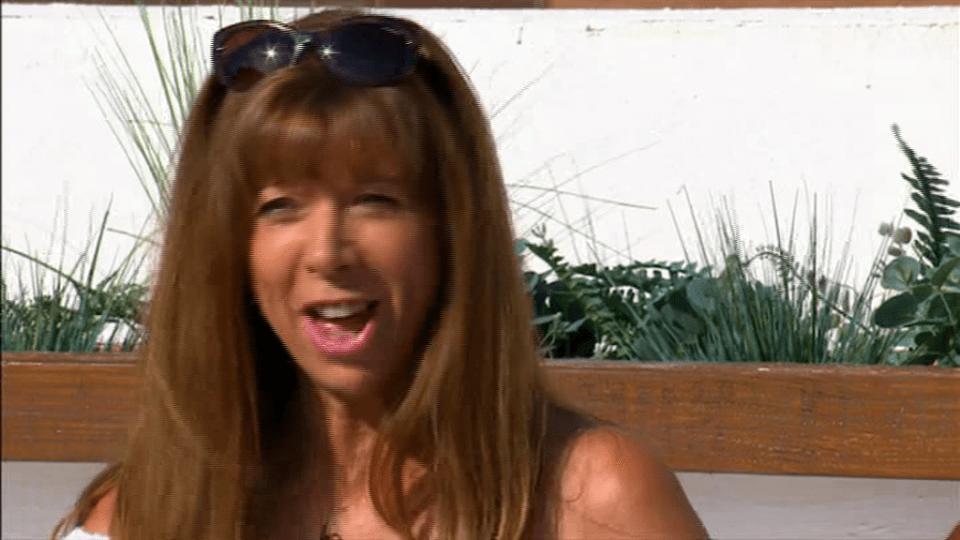 "Anyone else think Wes's mum looks like Gail Platt from Coronation Street without the bob?" asked one viewer on Twitter. Indeed, it was a sentiment echoed by many.

Gail Platt turns up at the Villa ! 😯 #loveisland

Gail has been played by Helen Worth for the last 40 years and is thus something of a Corrie institution.

Not only did we have a Eastender in the Villa but Gail Platt made an appearance too 🤔 #loveisland pic.twitter.com/xUZ3YtoPrU

(Although one other person - pretty random! - felt she better resembled Gillian McKeith, the reality TV nutritionist).

On Sunday's episode, Wes Nelson was seriously excited about getting to see his adorable mum and dad... that and he was eager beaver to get their blessings for his relationship with Ms Barton Hanson.

He also confirmed that when he arrives back home in England he's going to be moving in order to be based closer to Megan.

We're almost at the end... Love Island wraps up on Monday. Eeeek!

Girls With Goals || Her · Ep.161: Feeling Peachy - Sharon Keegan of Peachylean on being an absolute BOSS!
popular
The DIY frozen coffee recipe that's so delicious you'll never pay for an iced latte again
Khloe Kardashian has JUST confirmed she is pregnant
How to INSTANTLY unblock your stuffy nose (we swear this works)
Someone has ranked the penis size of men from all over the world
Summer fashion: I got my entire staycation wardrobe sorted with these 7 buys
Here's what happens on every day of your menstrual cycle (roughly)
'They're Dead To Me Now' - Kate And Oliver Hudson Have Been Disowned By Their Father
You may also like
1 week ago
Love Island's Greg O'Shea reveals what really happened between him and Amber
1 week ago
Love Island's Tommy Fury is getting the nod for this year's I'm a Celeb
4 weeks ago
Love Island's Demi Jones reveals thyroid cancer diagnosis
1 month ago
Maura Higgins' new Inglot Elements collection has just dropped
1 month ago
Love Island's Maura Higgins and Chris Taylor confirm split
1 month ago
Love Island's Malin Andersson "pained" to talk about recent miscarriage
Next Page