Everything we know so far about Derry Girls season 3

It's gonna be "brilliant".

The third and final season of Derry Girls is set to be released soon and we couldn't be more excited.

It's been over four years since the first episode aired and we all fell in love with the quirky gang as they navigated teenage life in Derry during the Troubles.

Details about season three's plot have been kept quiet, but considering the wild scenarios the characters find themselves in, we'd say anything goes really.

Here is everything we know so far.

Channel 4 has yet to confirm a release date for the final season. However, thanks to Nicola Coughlan, we know filming has wrapped - so fingers crossed it will arrive sooner rather than later.

Season three was first announced back in April 2019, but it was delayed due to Covid. Given the delays and the fact that filming's done, we'd place our bets on a Summer or Autumn release.

It's gonna be "brilliant".

END_OF_DOCUMENT_TOKEN_TO_BE_REPLACED

Back when filming was initially put on hold, Nicola Coughlan told Her that creator Lisa McGee had let her read through the storylines for season three.

"They're so brilliant," she said at the time. "Which doesn't surprise me - she's just incredible - but it made me want to do it right now. " 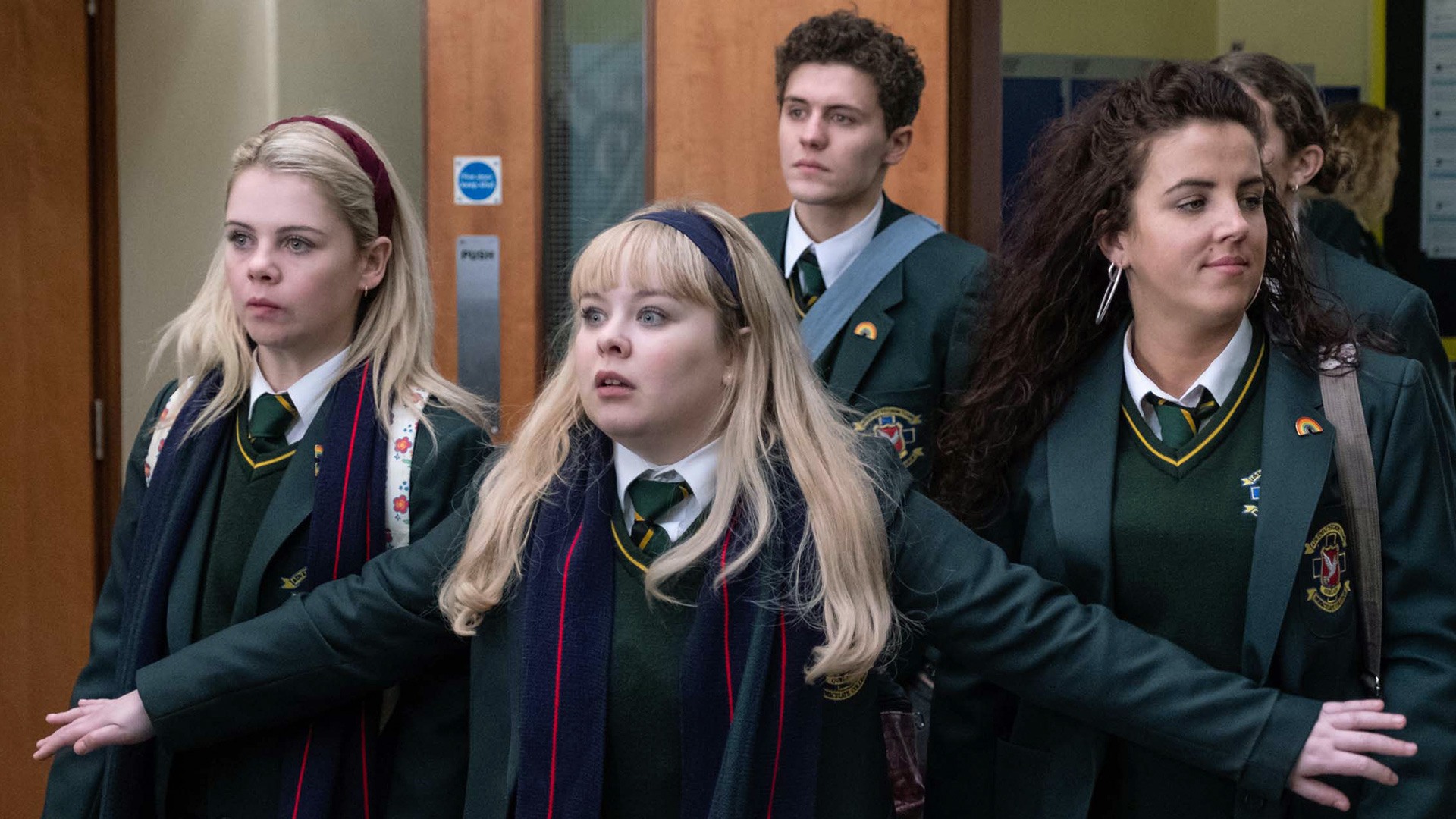 Romance for Erin and James

Series star Dylan Llewellyn, who plays James in the show, hinted that season three will explore the will-they-won't-they relationship between his character and Erin (Saoirse-Monica Jackson).

In a very adorable TikTok, Dylan reacted to a clip of Erin walking through the school corridor - and he looked smitten.

Lisa McGee also alluded to this potential storyline in a previous interview, saying how she “always thought James liked [Erin]” but is yet to come to that understanding.

Is a potential romance is on the way? We hope so.

Some famous faces will be joining the crew

Fatboy Slim will be making a cameo in the final series. Lisa McGee confirmed the news on Friday by sharing an image of the DJ on set, with the caption: "We've come a long long way together."

He's said to be a massive fan of the show and will play himself.  Iconic.

Lisa also previously told Radio Times during an interview in 2020 that she would love to cast comedian Dara Ó Briain in the third series - so we'll be keeping our eyes peeled for him too.

It's going to make us cry

In an interview with Radio Times, Nicola Coughlan said the show's emotional ending had her balling her eyes out.

“It's bittersweet, but I think we're sending it off in style.”

You heard her, have some tissues at the ready. 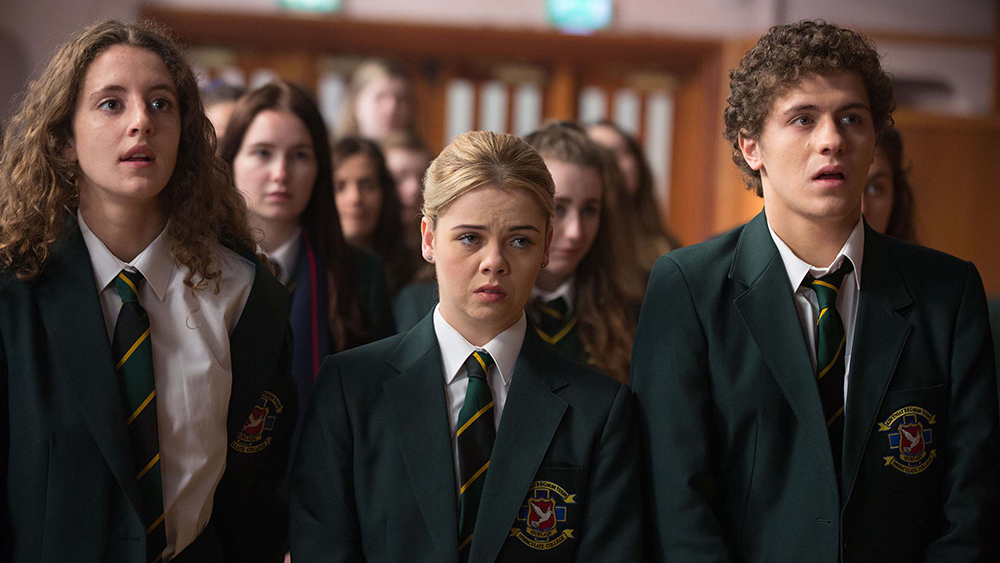 The series is finished, but it might not be the last we'll see of the Derry girls

Lisa recently spoke about the series coming to an end and hinted at the potential of a Derry Girls movie. Speaking to the BBC, as she accepted her honorary doctorate from Queen's University, she said:

"There might be...I'd love to do...perhaps a movie of Derry Girls and then I have a few other projects but they're very early days at the minute. I hope so. I haven't even thought about it [Derry Girls movie] yet.

Derry Girls season one and two are available to stream now on Netflix.

popular
"You can’t imagine what it feels to have had a baby and yet feel like you didn’t"
Kate Garraway gives heartbreaking update about Derek's health
Bad Sisters stars snap back at New York Times article that called them British actors
The Lion King is returning to Dublin next year
Nicola Coughlan lands "lifelong dream" role as she gets cast in Oliver Twist
Mother of missing X Factor star speaks out a month after his disappearance
Oscar winning Green Book actor found dead on New York street
You may also like
1 day ago
This Netflix Christmas film is being dubbed the perfect rom-com
1 day ago
The trailer for Harry & Megan has finally dropped
1 week ago
This is the date we'll get to see Prince Harry and Meghan Markle's Netflix series
3 weeks ago
The Crown stars hit the red carpet for season 5 premiere
3 weeks ago
Netflix renews controversial Monster series for 2 more seasons
3 weeks ago
WATCH: The trailer for Dead to Me is here
Next Page