After 12 years away, Fiona Piggott has returned to Carrigstown.

And according to actress Amelia Crowley, she's going to be causing some serious trouble for many of the town's residents - and possibly rekindle things with former flame Paul Brennan.

Explaining where Fiona has been for the last few years, she said:

"Fiona Piggott was last in Carrigstown 12 years ago, she was married to James Piggott, a very wealthy business man and she got to meet Paul through various deals, and Fiona and Paul fell in love.

"James then found out about the affair with Paul, and because of that, he was going to cut her out of the will, so she had to help him along his way to an early death. But she did love him and was very sad when she was suffocating him with a pillow...

"She’s managed to maintain a low profile, and a really nice life for herself through dodgy deals (and some legitimate ones!) all over the globe. She’s a really smart business woman, but she’s back with some money that she needs to clean."

Fiona's return doesn't go quite so smoothly, though - especially when she runs into Paul. 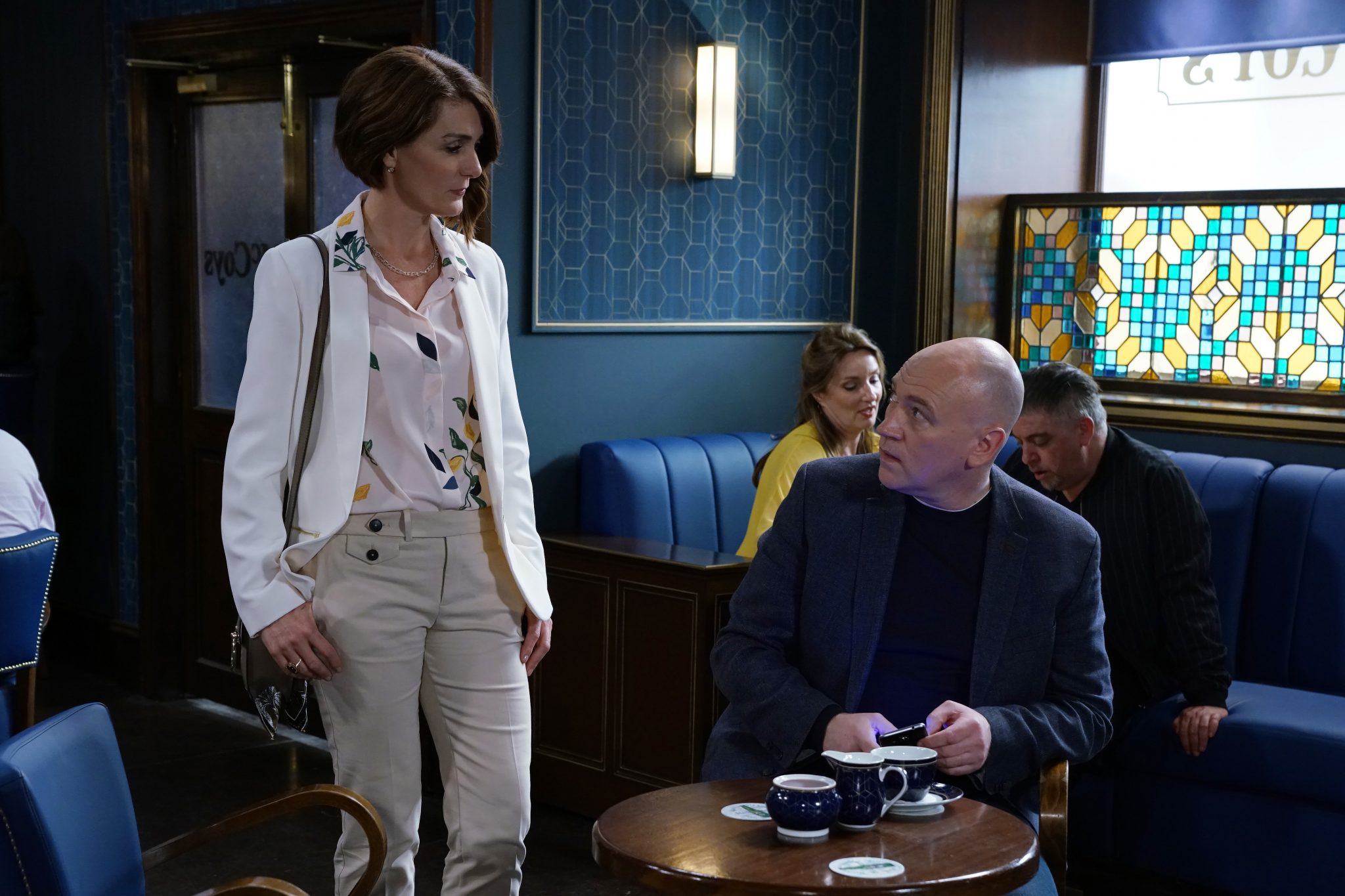 Amelia addressed the upcoming tension between the pair, and how it could lead to some trouble for her character.

"Fiona and Paul were passionately in love, if not practically in love. They got swept away in this illicit affair, but when Paul realised what Fiona did by ‘easing James’ pain’ *cough cough*, it was a bit too passionate, even for him.

"She announced she was leaving, with him ideally and without him if necessary, and so she left.

"She was going through too much turmoil to beheartbroken at the time, so perhaps that’s why she was deluded enough to think she could flit back to Carrigstown, get what she wanted and fly away again. Big mistake!"

But while things start off tense, Amelia hinted that there may still be a spark between the pair. 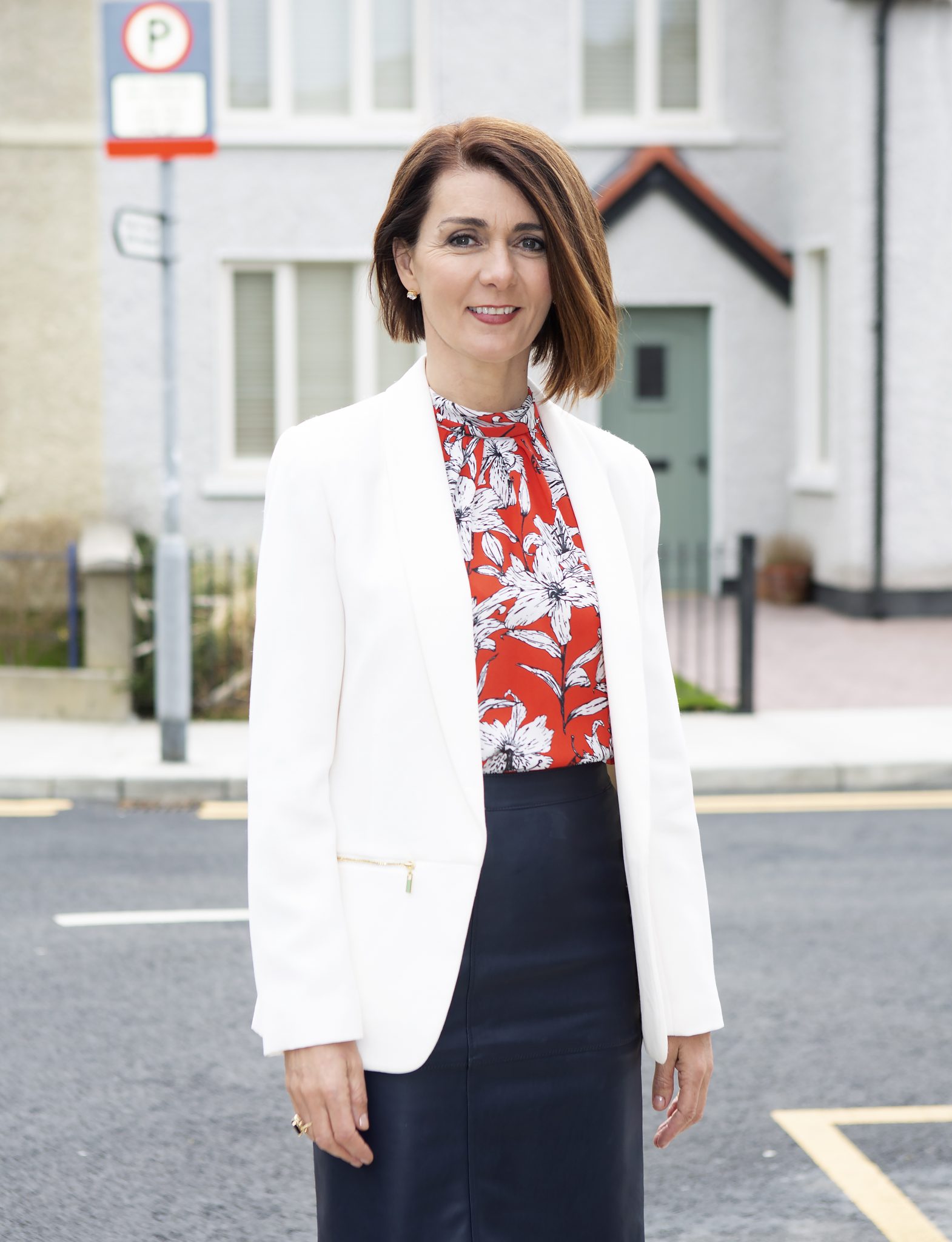 "I think she anticipated coming in, getting what she needed and going, but what she forgot was that she was passionate about Paul once.

"When she realises there may be an emotional connection with Paul again, it all falls apart for her. There’s chemistry there, and great respect because they’re not dissimilar, he’s a little less conniving than she is, but I guess he has his moments too!"

She also addressed what the future holds for Fiona, and whether or not she would want to stay in Dublin long term.

"I think she’s a very self serving person, so as long as her needs are being met, she’ll want to hang around. But she has very high standards, so we’ll see how long Carrigstown will meet them for!"

popular
These are the top baby names for 2022
Man charged in connection with Ashling Murphy's murder
Teen who pushed girl “head first” under Dart to face trial in adult court
Here are the Covid restrictions that may be lifted as early as next week
Taxi driver who dropped missing woman Bernadette Connolly off comes forward
People are only realising Kendall Jenner and Gigi Hadid are related and the reactions are gas
"This has to end": Vicky Phelan pays tribute to Ashling Murphy
You may also like
5 months ago
Home and Away star adopts daughter's trans best friend
2 years ago
Viewers in stitches at Corrie blunder as Gemma gives birth wearing her leggings
2 years ago
Corrie's Katie McGlynn shares emotional post saying goodbye to Sinead
2 years ago
Coronation Street to celebrate Christmas early this year for Sinead Tinker
2 years ago
Coronation Street fans' horror as Gary Windass violently attacks Sarah Platt
2 years ago
Emmerdale have revealed what really happened to Maya Stepney
Next Page