Game of Thrones' Isaac Hempstead-Wright reveals what Bran was really doing during the Battle of Winterfell - and you're probably not going to like it.

The episode, technically titled The Long Night, was Game of Thrones' longest episode to date and, basically, involved everyone trying to stop the Night King and his army of the dead.

One character who managed to stay out of the action-packed sequences? Bran.

He used his powers as the Three Eyed Raven to warg near the start of the episode, before returning to reality as Theon made his last stand.

And while the mystery of where Bran had gone to during the battle left fans wanting answers, the actor spoke to the New York Times where he was happy to clear it all up.

Hempstead-Wright admitted "there’s not a lot Bran can contribute on the battle side," so he decided to watch the battle from above. 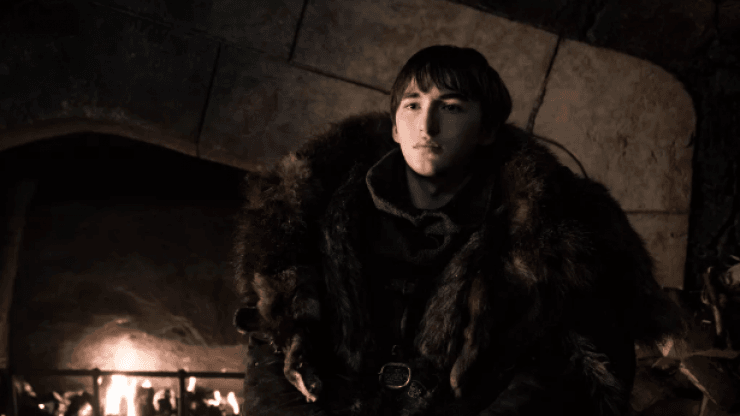 “As far as I understand it, he's just in the ravens.

“He's just keeping tabs on the battle. But having lots of shots of ravens flying around wouldn't be much of interest! And it would be pretty impractical for him to be like, 'Hey, Theon, can you go run over there and tell this guy to get out of the way of that guy?'

“Bran recognises that all he can do is sit there and let whatever happens, happen. We saw how quickly all their plans disintegrated! There would have been no chance of an efficient communication system.”

He also spoke about why he thought Bran and the Night King stared at each other for so long when they came face-to-face in the Godswood. 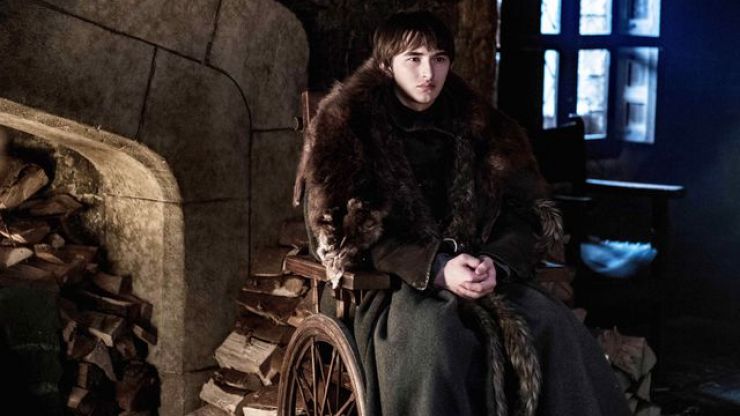 "The reasoning behind that wasn’t actually in the script, but [the director Miguel Sapochnik] and I came up with this idea that the look Bran gives the Night King is one of pity.

"Bran saw the creation of the Night King, or the first White Walker, or whatever. He realizes that he was once just a normal guy who was forcibly strapped to a tree, and had a piece of dragonglass plunged in his heart.

"He didn’t ask to become this raving, crazy ice killer. So it’s a bit like a Frankenstein’s monster scenario. He was forced into this situation, and he was trapped into this Night King’s body, and programmed to kill everyone.

"So we tried to get a moment where Bran is feeling sorry for him. Bran is looking at this ancient being who didn’t want to become this murderer, but is.

"And the reason the Night King takes so long is that he’s been programmed to destroy the Three-Eyed Raven from the moment he was created, so he’s taking a moment to savour it."

popular
Get ready to live like the stars because Lidl is selling an entire home cinema range
#Covid-19: People should limit themselves to one sexual partner, says Dr Holohan
These sustainable Irish sweaters are making people smile, and they're back in stock tonight!
Brown Thomas and Arnotts to phase reopening from next week
After days of silence, Scott and Sofia finally comment on the break up rumours
Lookdown looks: I was wearing tracksuits 24/7 before it was cool
So, William and Harry have a step sister... and who knew?
You may also like
2 days ago
PERSONALITY QUIZ: Which Normal People character are you?
1 week ago
'It's just reminded me how rich Sally's books are': Normal People producers on adapting Conversations With Friends during lockdown
1 week ago
'That’s the most honest answer': Skeet Ulrich reveals why he is leaving Riverdale
4 weeks ago
QUIZ: How well do you remember the first season of It's Always Sunny in Philadelphia
4 weeks ago
QUIZ: Can you name these Rick and Morty side characters from their picture?
1 month ago
QUIZ: How well do you remember The Inbetweeners?
Next Page