Remember when Ed Sheeran was in Game of Thrones?

The Divide singer popped up in Westeros back in the first episode of season seven, as one of the Lannister soldiers Arya Stark runs into on her travels.

But now that the series has returned, Game of Thrones has revealed just what happened to 'Eddie' - and it it pretty grim.

Since Arya met the Lannister soldiers, there's been a lot - and we mean a lot - that has happened in Westeros.

Like, say, the time that a bunch of Lannister soldiers went up against Daenerys' dragons during the Loot Train attack.

According to the latest episode of Game of Thrones, it looks like Sheeran's character may have been one of the soldiers caught up in the attack. 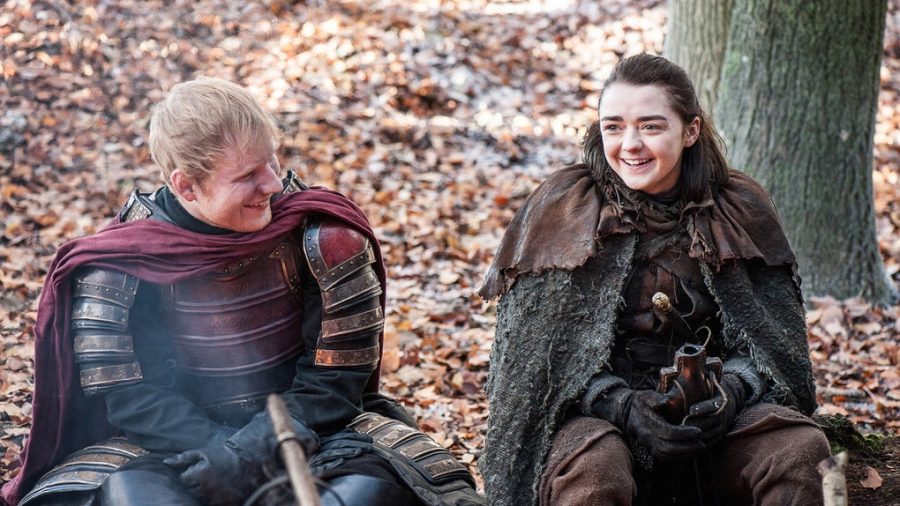 Sellsword Bronn was seen spending some time with three women, who were all casually talking about the battle between the Lannister's and Dany and her army/dragons.

In particular, the soldiers who never came back from war.

"That boy Eddie," one said.

"The ginger?" another replied.

“That’s him. Came back with his face burned right off. He’s got no eyelids now," the first one replied.

“How do you sleep with no eyelids?” the third woman asked, before Bronn tried to bring the attention back to himself by talking about how he had shot a dragon.

Ed seemed to be taking the news of his character's....new look in stride. He shared a screenshot of the interaction on his Instagram Stories, writing:

“Thanks @gameofthrones, I knew I was a survivor." 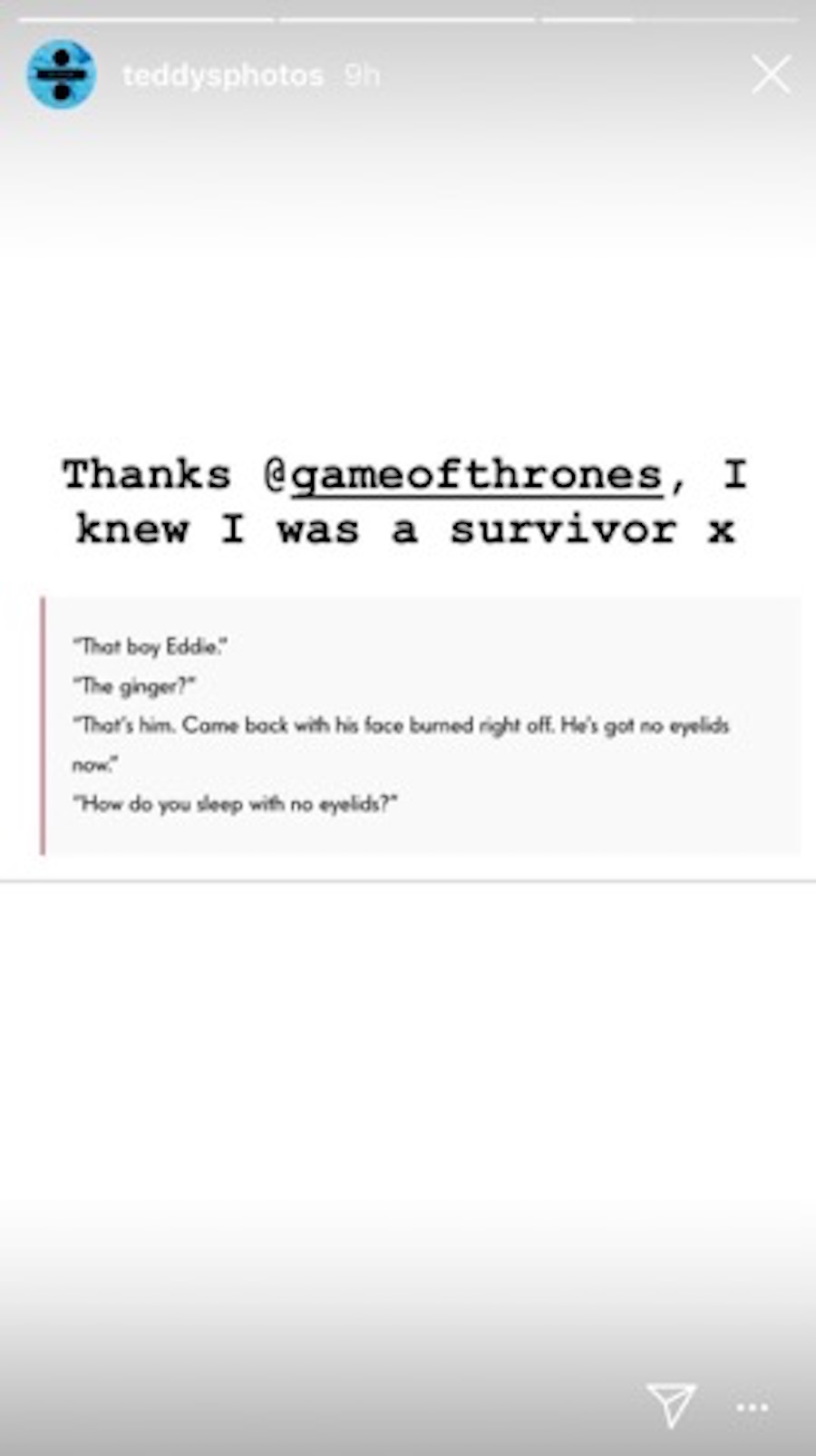 In an interview last year, Ed told Buzzfeed what he thought happened to his character since his controversial cameo.

"I think he’s chillin’. It was fun being in Game of Thrones, but I definitely think they should’ve killed me off in the episode.

"I reckon that probably would’ve been the redemption for people that didn’t like it."