She'll be bringing the Upper East Side to Beacon Heights.

It was announced late last year that Pretty Little Liars would be getting a spin-off series.

Freeform handed out a pilot order for Pretty Little Liars: The Perfectionists - based on the Sara Shepard book of the same name - and confirmed that two original stars of the series would be back.

Most of the details of the plot are being kept under wraps, but we've recently gotten our first look at the trio of 'perfectionists': Ava (Sofia Carson), Caitlin (Sydney Park) and Dylan (Eli Brown). 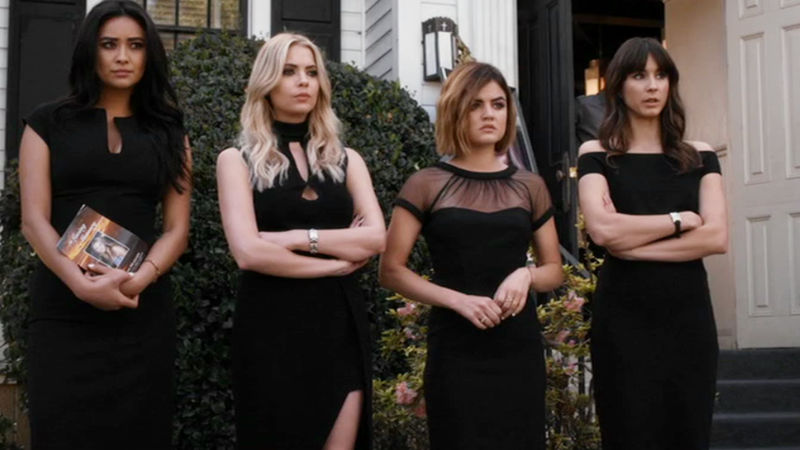 The Pretty Little Liars Facebook page confirmed most of the new additions on Friday, alongside the fact that another familiar face will be joining the series.

Gossip Girl's Kelly Rutherford, who played Lily van der Woodsen on the series, has been cast as Claire Hotchkiss, the "icy matriarch" of the family.

"The icy matriarch of the Hotchkiss family, Claire (along with her husband) is the founder of Hotchkiss Industries and the respected Beacon Heights University.

END_OF_DOCUMENT_TOKEN_TO_BE_REPLACED

The series will also star Sasha Pieterse and Janel Parrish, who will be reprising their roles as Alison DiLaurentis and Mona Vanderwaal.

But rather than returning to Rosewood, the series will be taking place in the town of Beacon Heights - which, from the sounds of things, is even more dramatic than Rosewood.

"Everything about the town of Beacon Heights seems perfect, from their top-tier college to their overachieving residents.

“But nothing in Beacon Heights is as it appears to be.

“The stress of needing to be perfect leads to the town’s first murder.

“Behind every Perfectionist is a secret, a lie and a needed alibi."

popular
QUIZ: Can you name the Keanu Reeves movie from just the screenshot?
QUIZ: How well do you remember The Rugrats Movie?
Love Island's Lucie and Luke have confirmed they are, indeed, dating
Staycation: 7 gorgeous glamping spots for your Irish summer getaway
Lidl launches own fake tan and it'll only set you back €3.99
There's a Harry Potter themed Airbnb in Roscommon and we just need to visit
Womb stories: Bodyform's latest ad is a triumph for women's health portrayal
You may also like
1 week ago
QUIZ: How well do you remember the very first episode of The O.C.?
1 week ago
Leo Varadkar defends use of Mean Girls quote in Covid-19 speech
1 month ago
Carole Baskin handed control of Joe Exotic’s zoo in Oklahoma following court case
1 month ago
PERSONALITY QUIZ: Which Normal People character are you?
1 month ago
'It's just reminded me how rich Sally's books are': Normal People producers on adapting Conversations With Friends during lockdown
1 month ago
'That’s the most honest answer': Skeet Ulrich reveals why he is leaving Riverdale
Next Page