GBBO's Sophie makes surprising revelation about editing on the show

The Great British Bake Off has nearly come to an end - we know, it's hard to believe.

There's only four bakers left in the competition after Liam left the tent last week.

And while we're definitely excited to see what delicious-looking treats Patisserie Week has in store, we were left a little stumped over one of the contestant's recent reveals.

END_OF_DOCUMENT_TOKEN_TO_BE_REPLACED

Sophie, Kate, Stacey and Steven all sat down with Radio Times recently where Sophie shared some new information about one of the show's highest accolades: a Paul Hollywood handshake.

She said that she was given the very first of this series during Cake Week this year, whereas the final edit made it look like Steven had.

Both bakers had gotten the coveted handshake during the first episode, but Sophie was keen to point out hers happened first.

“I got the first Hollywood handshake on the show – on TV it was edited so it looked like Steven got the first one but it was actually me.”

END_OF_DOCUMENT_TOKEN_TO_BE_REPLACED

Sophie wowed the judges with her champagne bottle and ice bucket-shaped cake, meanwhile Steven impressed them with his sandwich-style offering.

But the handshake holds a particularly sentimental value for Stephen, who dubbed it his "best moment" of the series. 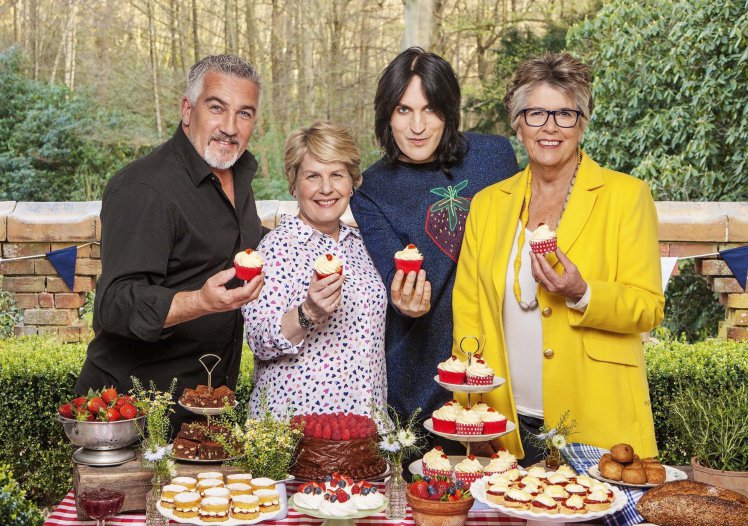 "Getting star baker and a handshake will always be my best moment, but my fondest memories are sitting in the sun outside the tent, just relaxing and chatting with the other bakers.

"The worst moments always come when they announce who is going home.

"The person who leaves each week is not just another baker, but they are our friends. It’s the worst."

popular
Shirley Ballas books breast exam after Strictly viewers spot lump
You can now apply for tickets to the Late, Late Toy Show
Hollywood couple Joe Manganiello and Sofia Vergara seen enjoying a Cork chipper
Aisling Bea is reportedly dating a leading Hollywood man
You can now live in the iconic house from Sabrina The Teenage Witch
You can now get paid to eat wine and cheese for Christmas
Love Island's Sam Bird reveals the real reason he split up from Georgia Steel
You may also like
1 week ago
Squid Game fans spot massive clue in Tug of War game
1 week ago
Disappointment as The Den has been cancelled again
1 week ago
Why we can't stop watching Squid Game
1 week ago
Looks like Irish gangland drama Kin will return for more seasons
2 weeks ago
Tilly Ramsay moves dad Gordon to tears after performance on Strictly
2 weeks ago
Louis Theroux is making another documentary about rap
Next Page