We're getting even more ghosts too. Prepare to be terrified by The Haunting of Bly Manor.

With a new film in cinemas and production reaching the halfway point on The Haunting of Bly Manor, Mike Flanagan probably isn't getting an awful lot of sleep right now.

Ironic because his new film Doctor Sleep, the follow-up to The Shining, is earning impressive reviews. 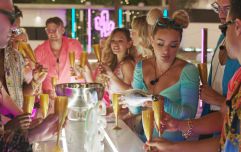 END_OF_DOCUMENT_TOKEN_TO_BE_REPLACED

However, horror fans are also keeping a close eye on Flanagan's next project, The Haunting of Bly Manor which is the spiritual sequel to his beloved Netflix show, The Haunting of Hill House.

Well, during a recent interview with Entertainment Weekly, the director of Hush and Gerald's Game said that The Haunting of Bly Manor "is scarier" than Hill House and that the adaptation "is a lot more frightening, just on a visceral level.”

Where The Haunting of Hill House reimagined Shirley Jackson’s 1959 novel of the same name, The Haunting of Bly Manor is inspired by the works of The Turn of the Screw author Henry James.

As for the plot, the new story unfolds over Christmas Eve as a group of friends gather around to share ghost stories. One of the guests, a man named Douglas, begins to tell the tale of two children (Flora and Miles) and their governess (played by Victoria Pedretti).

The children also live in a forlorn estate and are frequently haunted by a mysterious evil. With growing horror, the helpless governess realises these fiendish ghouls want the children.

However, both children are drawn to the darkness for reasons unknown. 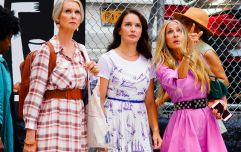 END_OF_DOCUMENT_TOKEN_TO_BE_REPLACED

During another recent interview, Flanagan said that he expects the show to arrive on Halloween 2020 and that he plans on opening up an "entire library of ghost stories, stuff that’s never been adapted, and build the whole season out with the entirety of Henry James’ supernatural library. And that has been a real treat, because we really get to do things that I’ve never gotten to see before. Turn of the Screw is really just our way in.”

To make things even better, we're getting even more ghosts too.

We are already discussing how to up our hidden ghost game. https://t.co/rW4AW0LpF2

Production on The Haunting of Bly Manor began last month and it will star Victoria Pedretti, Henry Thomas, Oliver Jackson-Cohen. Kate Siegel , Catherine Parker (all of those actors appeared in The Haunting of Hill House but they'll be playing new characters in the follow-up).

END_OF_DOCUMENT_TOKEN_TO_BE_REPLACED

As for Flanagan's latest project, Doctor Sleep is currently in Irish cinemas and you can read our review of it here.


Girls With Goals || Her · Ep.161: Feeling Peachy - Sharon Keegan of Peachylean on being an absolute BOSS!
popular
Love Island fans pine for Tommy Fury's loyalty after last night's episode
Charlie Haughey's grandniece has won big for Hong Kong in the Olympics
Simone Biles pulls out of all-around Olympics final due to mental health
You can now rent out the Harry Potter house on AirBnB
The sad reason why viral gymnast, Katelyn Ohashi, isn't on the USA Olympic team
Rachel Wyse And Galway's Joe Canning Are Reportedly Dating...
Here's what happens on every day of your menstrual cycle (roughly)
You may also like
3 weeks ago
QUIZ: How many of these Derry Girls characters can you name?
1 month ago
Mare of Easttown series 2 might not happen at all – and here is why
1 month ago
5 things we learned from the Gossip Girl reboot trailer
1 month ago
A luxury Friends themed cruise? Sign us up
1 month ago
Opinion: The Bold Type is so bad it's good - here's why we can't get enough
1 month ago
What a throwback: The first trailer for the iCarly reboot has dropped
Next Page