The Haunting of Bly Manor is released this year and it's set to be "much scarier than Season one".

With the release of The Turning in Irish cinemas this week, fans of The Haunting of Hill House are about to get a taste of what's in store in Mike Flanagan's sequel to the beloved Netflix series.

Well, both The Turning and The Haunting of Bly Manor (the upcoming sequel to Hill House) are adaptations of The Turn of the Screw by Henry James.

In The Haunting of Bly Manor, the story unfolds over Christmas Eve as a group of friends gather around to share ghost stories. One of the guests, a man named Douglas, begins to tell the tale of two children (Flora and Miles) and their governess (played by You star Victoria Pedretti).

The children also live in a creepy estate and are frequently haunted by a mysterious evil. With growing horror, the helpless governess realises these fiendish ghouls want the children, who are drawn to the darkness for reasons unknown. 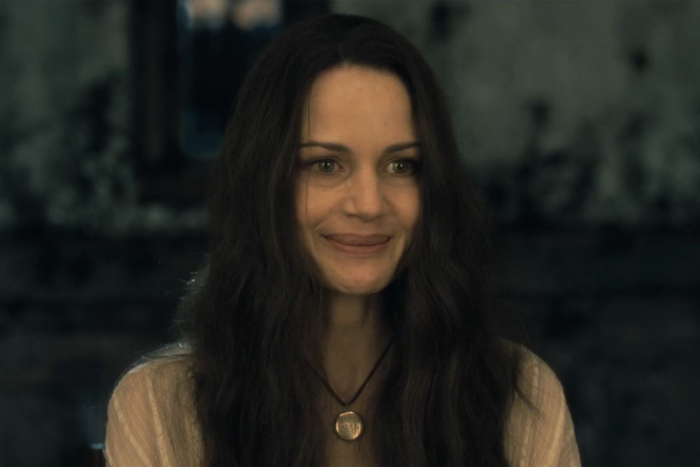 The show's creator Mike Flanagan has previously said that The Haunting of Bly Manor is "going to be pretty wild, and for people who aren’t familiar with his (James) work, it’s going to be unbelievably scary. I already think it’s much scarier than season one, so I’m very excited about it".

Those thoughts are shared by his leading lady.

END_OF_DOCUMENT_TOKEN_TO_BE_REPLACED

In The Haunting of Bly Manor, Pedretti will be playing the governess and during a recent interview with Nylon, she said that things are going to be even more intense than what viewers experienced during The Haunting of Hill House.

"I’m really excited about it. In some ways, it is more intense than season one. It’s its own thing. Even though it’s the second season of a show that I’ve been in before, almost everything is different," she said.

Production on The Haunting of Bly Manor is almost finished and aside from Pedretti, it stars Henry Thomas, Oliver Jackson-Cohen. Kate Siegel, Catherine Parker (all of those actors appeared in The Haunting of Hill House but they'll be playing new characters in the this one).

The Haunting of Bly Manor is expected to arrive on Netflix over the Halloween season.


popular
BRB, running to Penneys for the €19 trousers that look like they cost ten times the price
Singer Duffy has said she was drugged and raped after being held captive
Met Éireann have issued a fresh snow/ice warning for three counties
These are the 10 most popular movies and TV shows on Netflix in Ireland right now
Holly Willoughby's Zara shirt is the workwear must-have you need in your life
'Be a lady they said' made waves yesterday, at the exact moment it should have
The dress that Holly Willoughby wore this morning is getting very mixed reactions
You may also like
2 days ago
QUIZ: How many of these Derry Girls characters can you name?
4 days ago
QUIZ: How well do you remember the very first episode of The O.C.?
1 week ago
First look at Season 6 of Line of Duty suggests a new character is commanding AC-12’s attention
1 week ago
Sky share the first trailer for Maisie Williams' Two Weeks To Live and we're already hooked
1 week ago
First Dates Ireland are looking for single people to take part in the next season of the beloved show
1 week ago
Line of Duty Season 6 is set to air in Autumn as new plot details are revealed
Next Page