In just one week?

The I’m A Celeb campmates have been in the jungle for just one week and already are seeing the effects of the food rations.

Yes, the celebrities have been living off rice and beans and in seriously hot conditions and this has all resulted in a dramatic weight loss.

END_OF_DOCUMENT_TOKEN_TO_BE_REPLACED

The group have lost four stone between them after just one week in the camp with Nick Knowles, Harry Redknapp, John Barrowman and Anne Hegerty having lost the most.

Some of the campmates have been finding it difficult to eat the food, even the so-called “luxury” meals, namely Harry.

“I’ve struggled to eat the food in the camp,” he revealed. 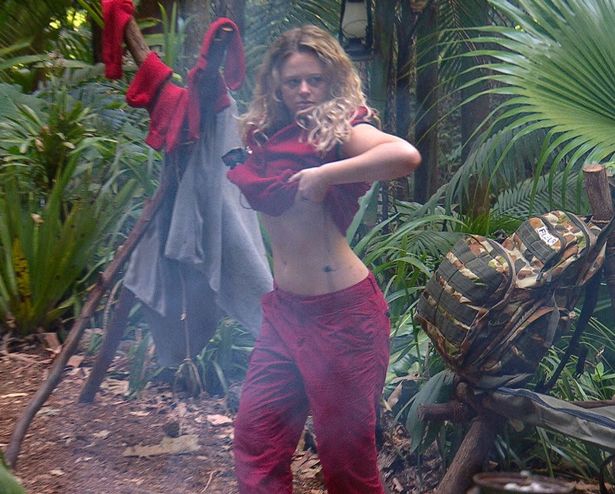 Emily Atack revealed last night that her jungle uniform has become loose on her, telling campmates:

“These were tight when I came in here.”

Later in the Bush Telegraph, Emily revealed that she’s delighted to have lost a few pounds so that when she goes home for Christmas “I have a bit of room and can put it back on again”.

Medic Bob encourages the celebrities to  drink at least three litres of water a day to keep hydrated and feeling full and checks up on them regularly.

Girls With Goals || Her · Ep.160: The Beauty Of Coaching - Hayley Harrison joins us from Sport Ireland
popular
Regé-Jean Page arrives in Ireland to shoot new movie
A pink tampon disposal glove has been created - by three men...
Someone has ranked the penis size of men from all over the world
Starbucks' new Happy Hedgehog cups would be the perfect pairing for a park date
Here's what happens on every day of your menstrual cycle (roughly)
Chris Evans Reveals Cancer Scare During Breakfast Radio Show
Kate Middleton has addressed the rumours that she's pregnant with her fourth child
You may also like
1 week ago
QUIZ: How well do you really remember the first episode of Grey's Anatomy?
2 weeks ago
SpongeBob SquarePants episodes pulled from streaming over 'inappropriate' storylines
3 weeks ago
Oscar-nominated actor George Segal dies aged 87
1 month ago
Netflix testing feature that could lead to password-sharing crackdown
1 month ago
The Queen's Gambit is being adapted into a stage musical
2 months ago
Gina Carano has reportedly been fired from The Mandalorian
Next Page