Christmas is a nice time of year - except when it comes to Coronation Street.

There's generally a bit of harrowing content occurring for the folks of the street around this time of year, and this time around is no different.

END_OF_DOCUMENT_TOKEN_TO_BE_REPLACED

Because a Christmas tree is going to fall on Rita - and it triggers an existential crisis deep within her.

No, really. It does.

According to producer Iain MacLeod, Rita will be pretty much alright when the trees falls on her - but the aftermath of the accident will leave its mark.

"She'll be okay physically but it will have slightly more far-reaching consequences in terms of her perception of her own life, her role in the world and her role on the Street," he told Digital Spy.

"That will play out over the first couple of months of next year, culminating around February time." 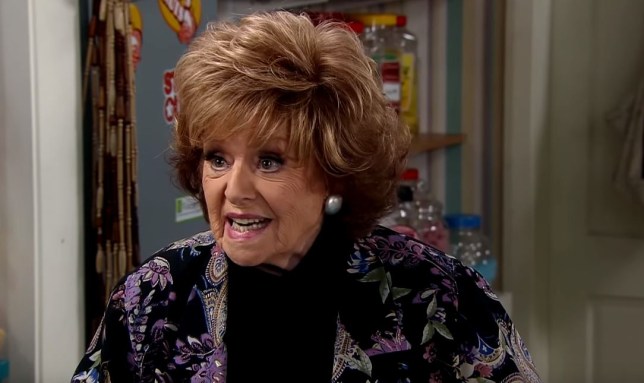 While we already vaguely found out last month that Rita was set to be injured in the tree-based carnage, we didn't know that she was going to start questioning her entire existence.

END_OF_DOCUMENT_TOKEN_TO_BE_REPLACED

MacLeod has since, thankfully, confirmed that Rita will be physically OK... just not mentally.

"She will be physically okay, just to reassure you," he said.

"I'm not going to expect you to tune in on Christmas Day and watch Rita's demise. That's not something I would ever do!"

This comes after it was revealed that someone from the street is set to be killed in a Winter Wonderland horror this Christmas.