Renée Zellweger took to the stage last night to collect her award for Best Actress. Winning the role for her take on Judy Garland in the biographical film, Judy, Renée was met by applause and honour from a packed Royal Albert Hall.

And the applause kept going after she had left the stage, as Hugh Grant appeared promptly after Renée, seeing the opportunity to rewind time to the early noughties when he was the star's sleazy love interest in Bridget Jones's Diary.

"First of all, well done, Jones," he opened with to the roar of an excited audience.

Then he added: "That was a very, very silly little dress, I thought".

Seen in the audience was Bradley Cooper who clearly loved the joke, clapping and laughing, however, poor Adam Driver might need to revise his 2001 chick flicks.

Re: his face when the joke was cracked. 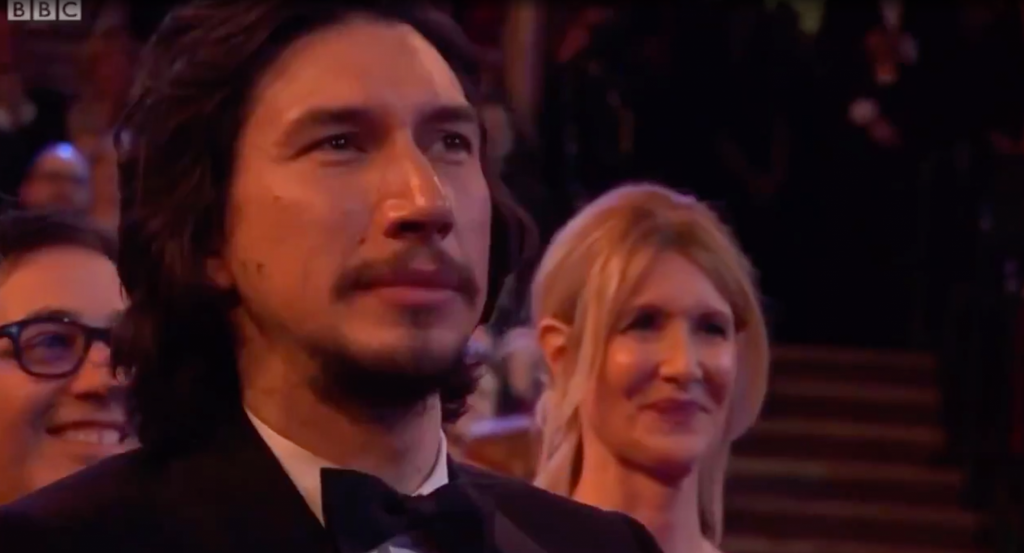 END_OF_DOCUMENT_TOKEN_TO_BE_REPLACED

Last night the fash pack were also our in force. The red carpet featured some stunning (and sustainable) looks from Kate Middleton to Saoirse Ronan and Joaquin Phoenix.

And although it is the 73rd year of the BAFTAs, last night marked a first for the award's show - the first-ever carbon neutral ceremony

From the locally sourced and produced dinner to the completely recyclable red carpet and the guests conscious dressing, this year's BAFTA awards put the future at the forefront.
Read more here.
Advertisement