I'm a Celeb is yet again facing backlash this year.

The first live trial of the season saw both James and Roman tasked with lying in a bed together, covered in live animals and unscrewing stars from one side of the bed before screwing them back on to the other side in 90 seconds. 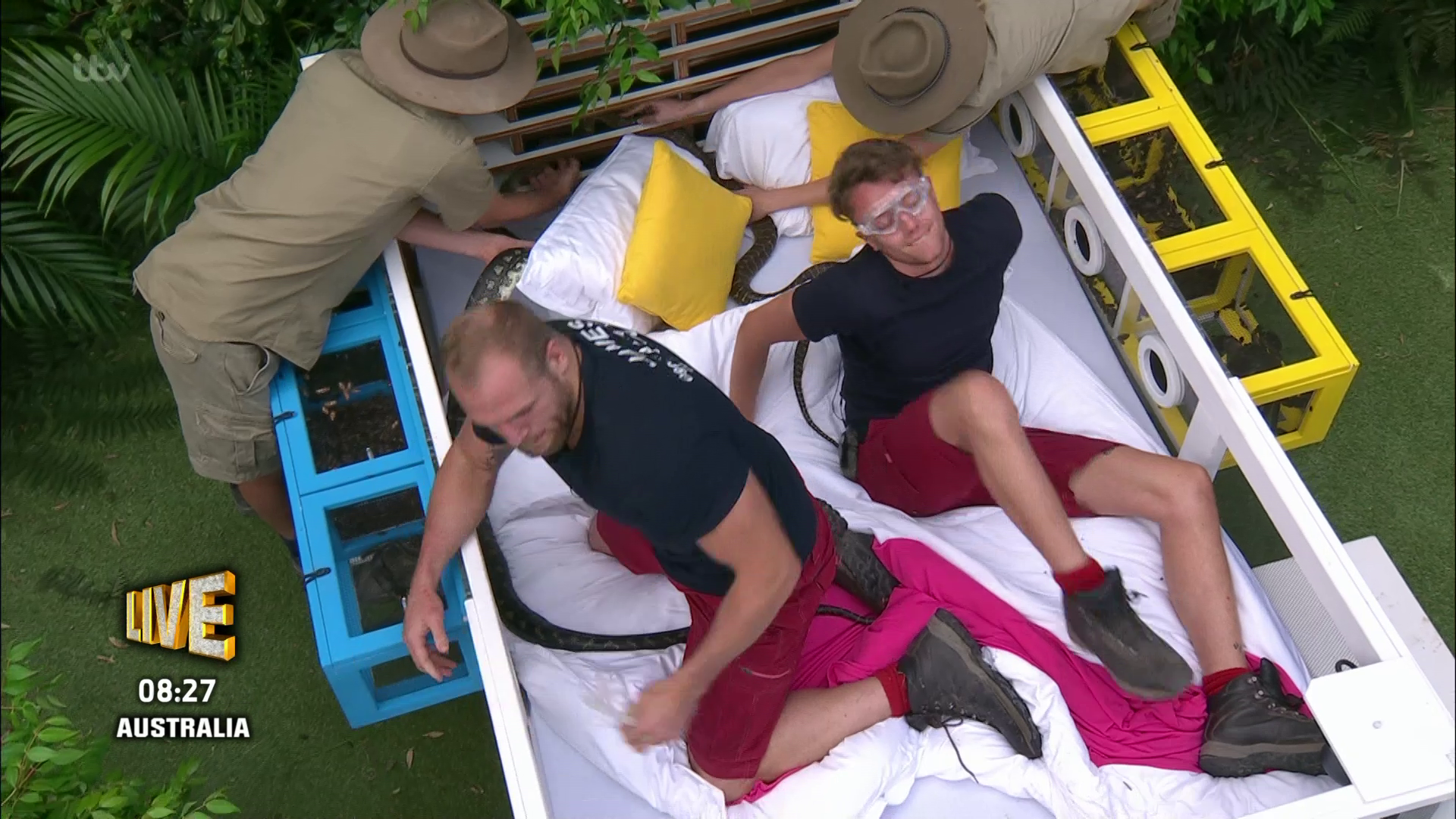 Each star was placed in a box of insects, making it even harder to unscrew and fans just didn't understand how the show thought it was even remotely possible to do in a minute and a half.

Many were angry that the trial wasn't practised before the campmates where challenged to complete it (although Ant and Dec have clarified that it was tested by stand-ins).

Nowhere near enough time for that task at all. They didn't do a dry run on that obviously.#imaceleb #ImACelebrity2019 #imacelebrity pic.twitter.com/asfe3DxRrq

#ImACeleb That final live trial segment was near impossible. Just unfair on the camp mates

The UK laying in bed tonight knowing that James and Roman had no chance in that final trial #imaceleb pic.twitter.com/z7mvLfE81N

This isn't the first trial to come with backlash after fans were disappointed with Friday night's trial too which saw the campmates putting live insects into their mouths.

But aside from the contestants losing the challenge, people are loving both Roman and James at the moment. Fans keep referring to James as the "man we all need" and Roman for being "plain hilarious" as he impersonates Caitlyn Jenner down to a fine art. Ah, we really do love them too.


Roz Purcell joins us on Girls With Goals this week!


popular
Meet the cleanser that reduced pore size for 91 percent of women (in just three weeks!!!)
Say hello to the €19 Penneys skirt that will go with everything in your wardrobe
Say hello to the €20 New Look skirt that will go with everything in your wardrobe
The one food that the Royal Family are forbidden from eating
Colin Farrell has got an Abrakebabra black card, making him the luckiest man alive
The cosy €51 jumper that we're going to be living in for the next few weeks
Sorry, can we talk about Kate Middleton's €10 leopard-print skirt for a minute?!
You may also like
1 week ago
Love Island fans in disgust yet again over the show's 'squelchy' kissing noises
1 week ago
Jeffree Star confirms the discontinuation of two eyeshadow palettes
2 weeks ago
Vogue Williams calls flat tummy shakes a 'ridiculous product' following Khloe Kardashian controversy
2 weeks ago
Love Island's Paige Turley thinks ex Lewis Capaldi will 'make a joke' out of her Love Island debut
2 weeks ago
Laura Whitmore shares photo of 'last minute packing' before jetting off to host Love Island
3 weeks ago
The first Lizzie McGuire teaser trailer has dropped ahead of its return this year
Next Page