You might have watched the Inbetweeners 10 year reunion special on Channel 4 recently. You might have enjoyed it. You probably didn't, because it was awful.

When the news first spread that the four main characters of the hit sitcom would be reuniting for a one off special to celebrate ten years since the show first landed on our screens, most fans of the show were understandably excited.

We hadn't seen any new instalments of the Inbetweeners since the second film came out in 2014 (yes, that long ago.)

The hype grew and grew, leading to huge disappointment as the show fell flat on its arse. The actors didn't want to be there. The features weren't funny, and it went on for two hours.

Here is a supercut of all the awkward moments on the show.

The Inbetweeners reunion show was a car crash, and the cast looked like didn’t want to be there. pic.twitter.com/yiO7QT8SdT

James Buckley, who played Jay in the show, was particularly disappointed by how it panned out. He even apologised to fans on Twitter the next day.

And he has doubled down on his criticism of the reunion special, admitting that he came across as a "moron" while speaking on the 'Absolute Load of Podcast'.

END_OF_DOCUMENT_TOKEN_TO_BE_REPLACED

"I'm the same as everybody else and I'm not going to defend it," Buckley said.

"The thing that's really difficult with it is that in my job, I'm used to being criticised, especially with what little talent I have. I'm wide open for criticism.

"The worst thing is when people criticise you and you go 'yeah, you're right'. It's really hard to take.

Asked to what degree the reunion show was out of his control, Buckley explained that he was too busy to pay too much attention to the planning of the show.

"I got asked to do a ten years Inbetweeners reunion celebration show back in like August, September last year. And my whole thing was: 'yeah that'd be great, that'll be such a laugh, people will see the four of us together and we'll talk about the fun that we had making the show'.

"I was making a TV show in America for NBC at the time, so I wasn't as involved with going 'right so what is the show, actually?' And also I thought 'that's impossible to fuck up. Just put the four of us boys together on television and have us talk about the Inbetweeners and people will love that. 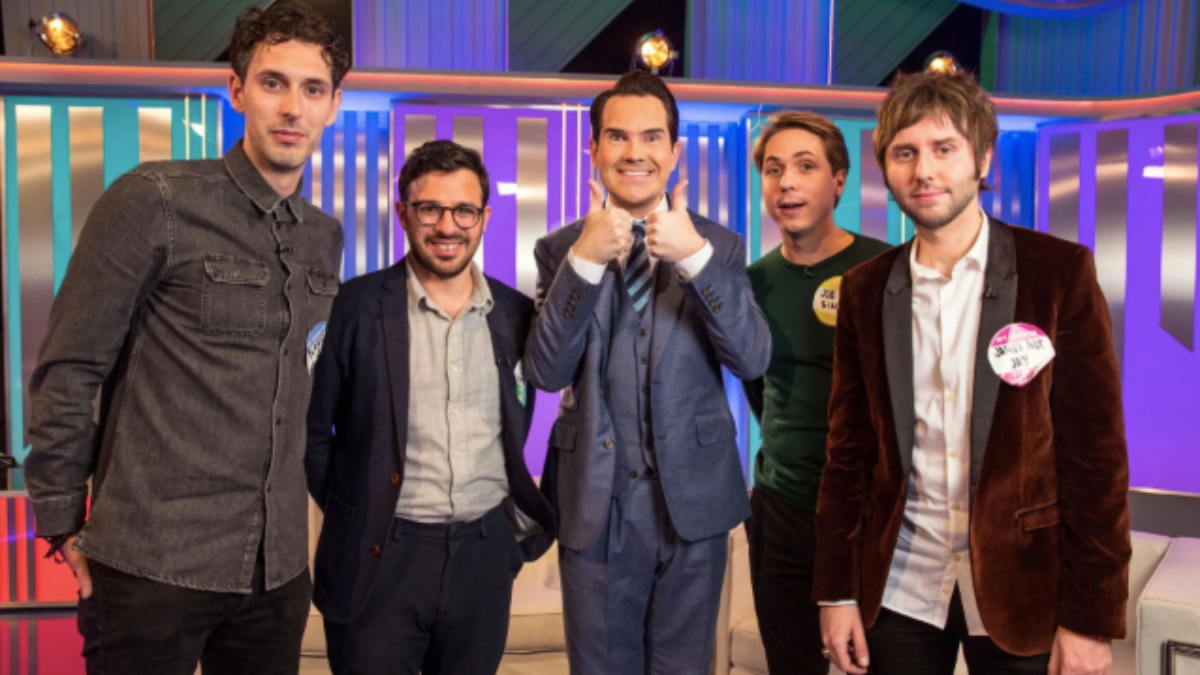 "And it wasn't until I was sat there in front of Jimmy Carr and the audience was there, that I knew what the fuck was going on. I found myself in this really weird situation where I thought it was going to be a night where we all talk about that thing that we did that was good and everyone loved us for." 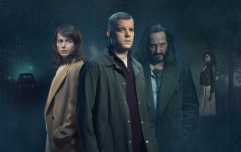 END_OF_DOCUMENT_TOKEN_TO_BE_REPLACED

Buckley then discussed his admiration for Jimmy Carr, a comedic hero of his, and how he didn't have the 'intelligence' to come back at any of his jibes.

"It wasn't a celebration of the good thing I did in my life, it was me being taken the piss out of for hours on end. And I didn't have the personality or the intelligence to cope with it.

"So I come across as a complete moron throughout the whole thing. There was a bit where I got stuck. As soon as we turned up he was like 'put these name badges on.' I thought it was a joke, I was like 'no I don't want to wear that'.

"Then I was like 'what's going on here, do you want to talk to me or Jay from the Inbetweeners?' There were a couple of times where I'd say something and Jimmy would go 'still bullshitting'... I didn't know what was going on.

"I got caught where I was acting up as Jay, because there was an audience there of Inbetweeners fans and I got caught in this spot between Jay and myself. I was telling myself 'you're acting like a fucking idiot'.

"So that was another reason why it was a disaster."

Buckley made no excuses, saying he should have "just done his job and been an entertainer".

He goes on to say he regrets not saying something during the recording and trying to change the course of the show. Listen to all his comments in the video below, from 50 minutes onwards.


popular
This STUNNING €40 Zara dress is all you need to update your wardrobe for summer
The €13 Zara top that comes in four colours will become the most-worn item in your wardrobe
These €26 Zara trousers are the next best thing to tracksuit pants (and they come in three colours)
The largest family in Britain have welcomed baby number 22
'Highly recommend' New Netflix series Unorthodox is receiving rave reviews
Gemologist predicts that one engagement ring is losing popularity - we're not so sure
Are the IT GALZ up on their sexual health knowledge? We tested them to find out
You may also like
1 week ago
Just My Luck is on TV this morning and that's our Saturday sorted
1 week ago
Home Before Dark is the mystery series everyone's going to be talking about this year
3 weeks ago
The trailer for the Who Wants To Be A Millionaire drama Quiz has been released and we're already hooked
3 weeks ago
The Late Late Show cancels live Limerick show due to coronavirus fears
1 month ago
Cancel all your plans because Bridesmaids is on TV tonight
1 month ago
All The Bright Places is the latest addition to Netflix and viewers can't stop crying
Next Page