This could change everything.

We've been blessed in Ireland in 2017 with fantastic concerts and some of the world's best artists have played their mighty tunes over the last couple of months. 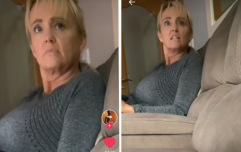 END_OF_DOCUMENT_TOKEN_TO_BE_REPLACED

However, these well know acts might think twice before coming back to this country again after calls have been made for the music stars to pay tax on money earned from their concerts here.

According to 98FM, Members of the Oireachtas Arts Committee want to change the system and Sinn Féin's Peadar Toibín claimed that some musicians are making as much as €30 million while performing here.

Currently, artists don't have to pay tax on their concerts here and instead, they settle the tax bill when they return to the country where all their business is being controlled.

The Oireachtas Arts Committee have sent in a recommendation which suggests that Ireland takes a percentage of money earned before the artist leaves.

While the Committee believes that something needs to be done to address the issue, the Department of Finance has said before that doing something along those lines would lead to fewer acts wanting to come over and play here.

popular
Ireland to be swarmed with freezing weather in the minus figures next week
Rob Kearney and Jess Redden arrive at wedding venue ahead of big day today
Here's everything coming to Virgin Media over Christmas
8 gorgeous Irish Christmas markets you need to visit this winter
Stacey Solomon mortified after walking around shop in see through leggings
Irish man in his 20s dies after being kicked by a horse
Here are the new restrictions being considered for Christmas
You may also like
2 days ago
Jeffrey Epstein's private jet made multiple stopovers in Ireland
3 days ago
An Post reduces gender pay gap from 3.7% to zero
3 days ago
Woman's body discovered in Co Clare waters as investigation launched
1 week ago
Booster vaccines set to be given to anyone over 16
1 week ago
There are no PCR tests available in 14 counties
1 week ago
Suspected sexual assaults of unconscious patients in Naas hospital under investigation
Next Page