ITV is launching a new show called Beat the Chasers, a brand new prime time spin on the beloved quiz show The Chase, challenging contestants to take on two, three, four or all five chasers at once.

The show will be hosted by Bradley Walsh and will include chasers Mark ‘The Beast’ Labbett, Anne ‘The Governess’ Hegerty, Paul ‘The Sinnerman’ Sinha, Jenny ‘The Vixen’ Ryan and Shaun ‘The Dark Destroyer’ Wallace. 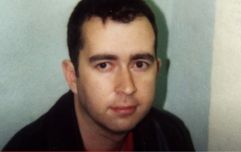 END_OF_DOCUMENT_TOKEN_TO_BE_REPLACED

The recently announced new chaser from Ireland, Darragh Ennis, will not be part of this series.

In the new show, Bradley will call down contestants from the audience who will face five multiple choice questions with the chance to bank up to £5,000. However, they walk away with nothing if they get the first question wrong.

Contestants are then given the option of playing between two and all five chasers for increasing amounts of money, but with a decreasing time advantage against them.

As the money goes up, so does the number of chasers a contestant will face.

It's not quite the same layout in terms of the questions when facing the chasers either, with questions flipping between contestants and the chasers. However, both sides have a clock and if you get a question wrong, the clock starts counting down until the correct answer is given.

The first to run out of time loses the game.

Beat The Chasers starts next Monday (27 April) at 9pm on ITV.

popular
Women are rinsing their hair in apple cider vinegar – and the results are amazing
Britain’s biggest family to break new record with another baby on the way
Government to publish bill on right to request remote work option
"Hair contouring" is about to be huge, here's everything you need to know
Gardaí investigating alleged sexual assaults on teenage girls in Sligo
Scottish dance sensation Lily Douglas has sadly passed away, aged 14
Worried about a loved one? Here are 5 signs of suicide to look out for
You may also like
3 weeks ago
This is the week that all of the Harry Potter fans around the world have been waiting for
2 months ago
Kristen Stewart on the fascinating connection between Princess Diana and Twilight
2 months ago
Catching Killers: New true crime series from Netflix looks harrowing
4 months ago
"It is really amazing:" The Little Mermaid star gives update on live-action remake
5 months ago
Netflix reveals release dates for all of the huge movies still to come in 2021
5 months ago
The full list of all the new shows and movies coming to Netflix in August
Next Page