It is safe to say that this year, the Super Bowl halftime show was, eh, lacking, somewhat.

It was questionable, it was a bit flat, and it was even called potentially the "worst" halftime show to ever occur. 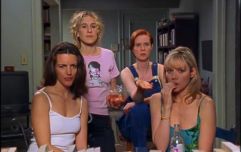 QUIZ: How well do you remember the first episode of Sex & the City?

END_OF_DOCUMENT_TOKEN_TO_BE_REPLACED

It wasn't entirely Maroon 5's fault though. We can't blame them. We don't even know which ones are in the band anymore.

Deeply upsetting times for all involved, but hey, J-Lo and Shakira are headlining it next year, so something tells us that everything is going to be OK.

And alright, yeah, maybe Jennifer Lopez and Shakira wouldn't have been the first two people to come to mind when you think of the incredible collab that the world needs and deserves.

But that doesn't matter - because they will be once this airs.

The news was confirmed last night by both singers who shared a couple of photos of themselves and each other alongside the captions: “Get ready 02.02.20" and “This is happening. 02.02.20."

Excited? You should be. 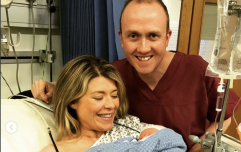 END_OF_DOCUMENT_TOKEN_TO_BE_REPLACED

Lopez, who has pretty much floored everybody in the entire world with her Hustlers performance this year, said previously that she would love to do the Super Bowl - but that nothing had been set in stone.

“It’s something that we’ve talked about for many years, and, you know, it would be nice," she said.

Well now you're getting to do it, girl. So fair play.

The Super Bowl will take place next year, February 2.

popular
Man dies after being attacked by newly calved cow in Mayo
WATCH: The new star-studded trailer for the Harry Potter reunion show is here
Mask rule for primary schools is being revised by Government as a third of tests are children
Love Island's Camilla Thurlow and Jamie Jewitt expecting their second child
Vicky Phelan celebrates night out as she remembers "the Vicky before cancer"
Ireland AM's Ger Treacy welcomes baby girl with husband
The Bewley’s Christmas Market is here and it's bringing all of the festive cheer!
You may also like
2 years ago
Adam Levine responds to critics after Maroon 5's Super Bowl performance
2 years ago
Maroon 5's Super Bowl halftime show is being called 'the worst' in history
3 years ago
The one photo from the Super Bowl that everyone is talking about
3 years ago
Here are the biggest movie and TV trailers from the Super Bowl
3 years ago
Pink has just been confirmed to perform at the Super Bowl this year
4 years ago
Justin Timberlake to headline half-time show for Super Bowl 2018
Next Page