Jeffree Star welcomed fans back to his channel and to his new pad yesterday as he kicked off 2020 with a tour of his new place.

The star shared 36 minutes of absolute viewing gold for anyone who is interiors-nosy like I am (major Cribs fan here) and also invited fellow YouTubers Shane Dawson and Ryland over to check it out too.

Opinion: Why do we let YouTubers get away with everything?

END_OF_DOCUMENT_TOKEN_TO_BE_REPLACED

Shane Dawson's expressions make it viewing gold as per usual.

But anyway, anyone who is familiar with Jeffree's channel will remember his pink Barbie pad from all his videos. A pad that was full to the brim with press drops, dogs and gaming machines - a fantasy really but, the star was outgrowing the house and so, posted a final video decluttering it and saying goodbye here and then, went hunting for a new property leading him to this place.

Jeffree moved into his new home alongside his partner, Nathan Schwandt.

Speaking about his past and how six years ago, the makeup giant only had $500 to his name, Jeffree told fans that anything is possible before sharing some serious future house goals.

Now, without spoiling the video, here's a few rooms that blew our mind.

First of all there's the lobby of the hotel, I mean house, that comes with two grand stairs for Jeffree's dramatic video intros and outros to come. 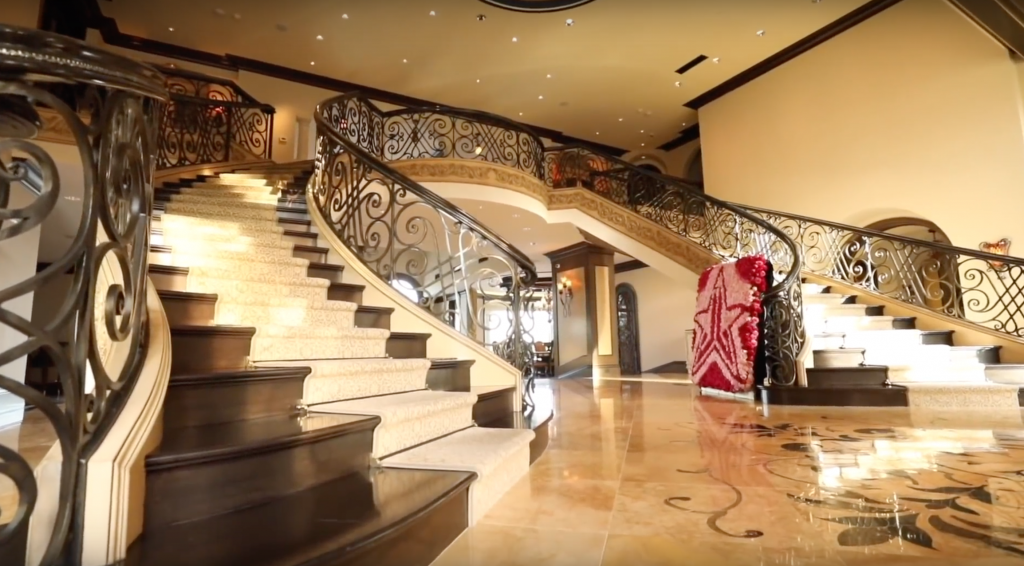 Aside from the whopper kitchen and lounge area, there's also a dining table that sits a casual 14 people. 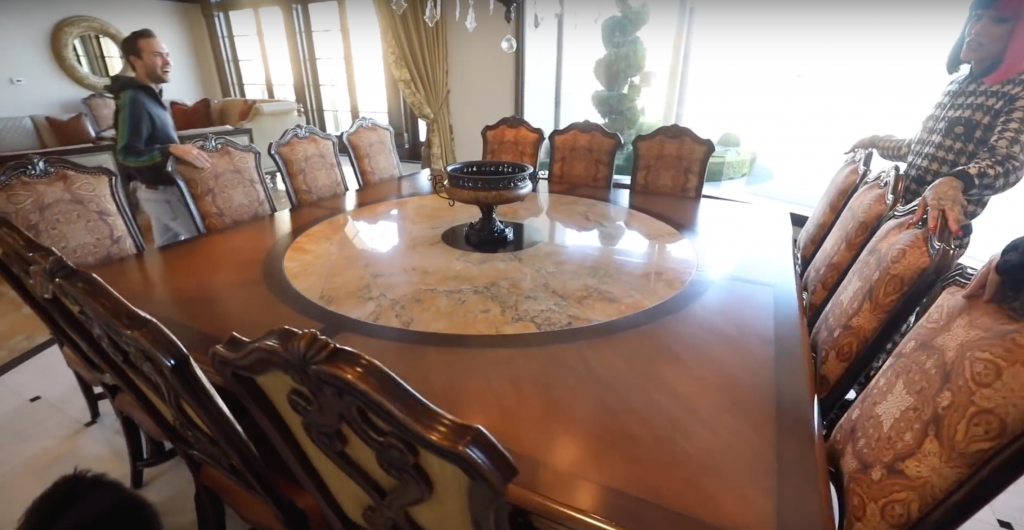 Then, Jeffree invites us to go up a few floors in his lift.

Yes, a lift in his house. 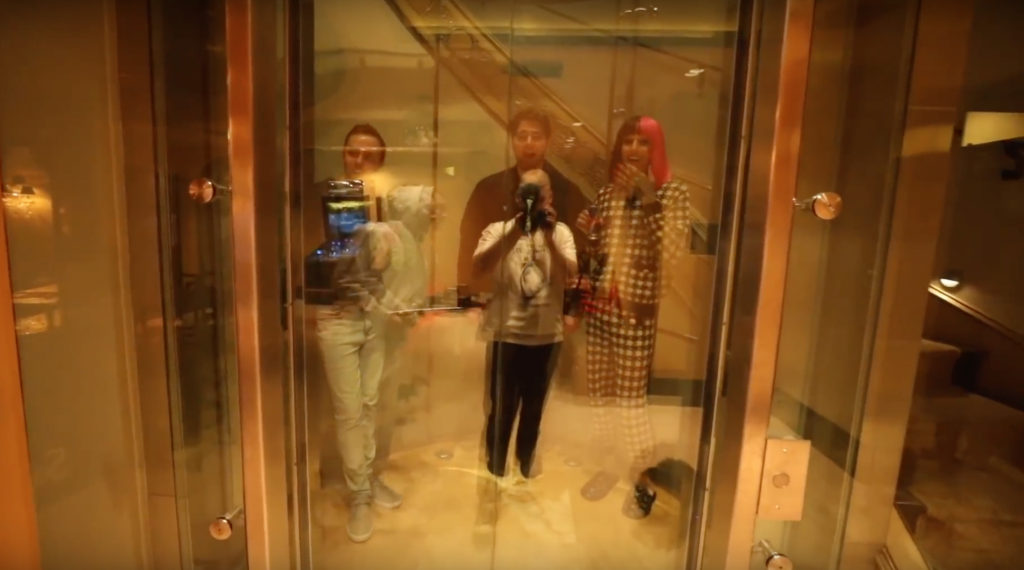 The lift can then whisk one off to a makeup room he has under construction, his movie theatre decked out with stars on the ceiling or to his underground car garage. 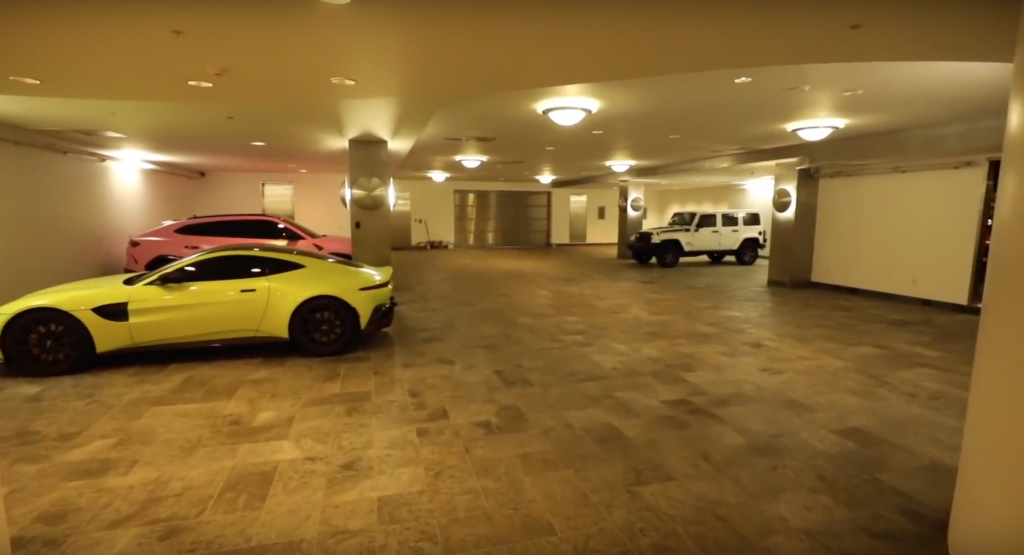 From there, Jeffree continued the tour by showing his pinball room - no surprise that this is a major feature in his home. He then went on to show numerous more rooms and then on to his bedroom, as you do.

The bedroom is the same size as a very, very, very large penthouse suite. Complete with two separate changing areas for Jeffree and Nate plus a spa, sitting room and changing area. 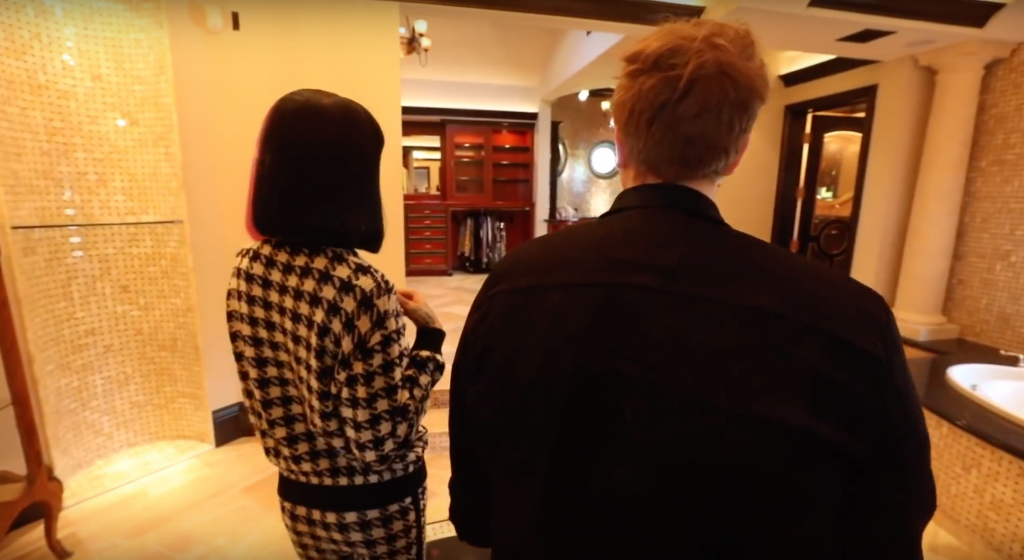 Oh and let's not forget the two floor gym. 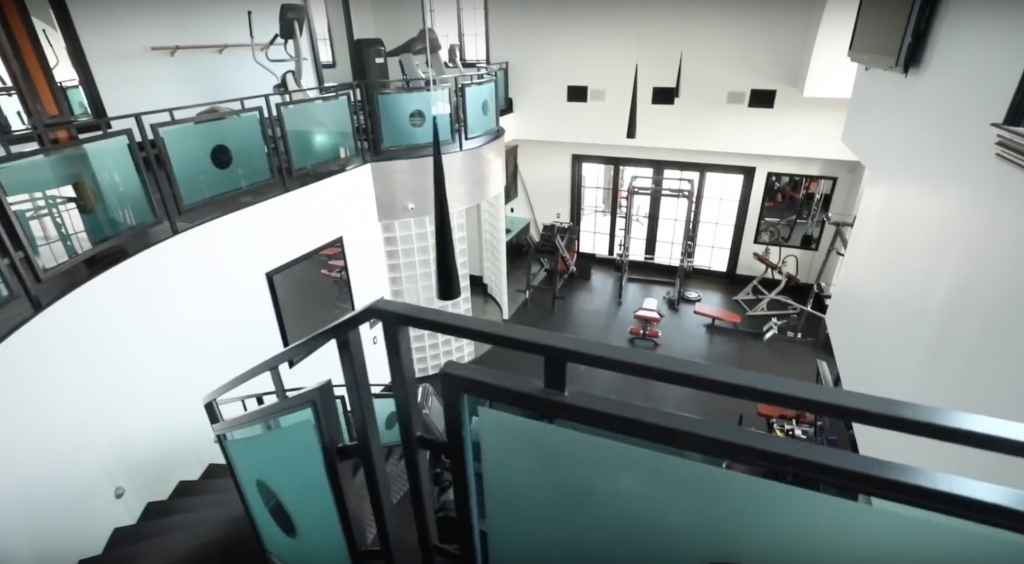 But obviously with anything Jeffree Star, the tour is super extra and it doesn't stop there, nope, there's also a swimming pool, an "actual" spa separate to the one beside his new bedroom, a barn and an outdoor kitchen.

Yep, the 36 minutes really do fly by when you've got 6,000 rooms and one million acres.

Oh, to own a makeup empire eh?

Girls With Goals || Her · Ep.161: Feeling Peachy - Sharon Keegan of Peachylean on being an absolute BOSS!
popular
The DIY frozen coffee recipe that's so delicious you'll never pay for an iced latte again
Planning on visiting the Disenchanted set this weekend? Taxi requests are up by 142%
S'mores boards are the ONLY way to entertain your summer guests this year
Summer fashion: I got my entire staycation wardrobe sorted with these 7 buys
Brian Ormond surprised Pippa O'Connor in the most romantic way on their 10th wedding anniversary
Someone has ranked the penis size of men from all over the world
5 best road trips to do in Ireland this summer
You may also like
2 months ago
YouTube demonetised James Charles' account after he admits to messaging minors
2 months ago
Mafia fugitive caught after police found his cooking videos on YouTube
4 months ago
Demi Lovato had three strokes and a heart attack following 2018 overdose
4 months ago
Dance Moms' JoJo Siwa says "wonderful" new girlfriend helped her come out
8 months ago
WATCH: Former classmate of Paris Hilton opens up on reform school experience
11 months ago
A comprehensive breakdown of the Shane Dawson/Jeffree Star/Tati Westbrook 'Karmageddon' drama
Next Page