One tweet I read last night that summed up the show well said it was more about the children than the toys and that it was.

And yeah, although I'm not seven-years-old anymore and fascinated by the toys, none of them really stood out to me last night but the children that came on the show, the powerful messages they shared about being different, bullying, having disabilities and dealing with disease in the family was done so well and handled with such care by Ryan.

A hat tip to all involved.

But if you happened to miss last night's episode, we have some of the best bits recapped here.

One moment that we missed out on above that we absolutely need to discuss is the moment a young boy named Tom Cullen came on as a toy tester and got surprised by his nanny Pat who he basically calls his hero.

Nanny Pat teaches Tom to knit and according to the young boy, she makes the best dinner every Monday, Tuesday and Wednesday when Tom's under her watchful eye.

Surprising him on the show, the pair coming together was such a sweet moment and if there's one thing the toy show executes so well, it's showing the vast amount of love we have here in our little country.

And speaking of love, people on Twitter were all for nanny Pat and her guest appearance.

so far we have sophia telling her bullies to piss off, the sister coming back from australia and everything nanny pat said.. i don't know how many tears ryan tubridy thinks i have because i am running the fuck OUT #latelatetoyshow

Smyths Toys report that the most sought after toy from last nights #LateLateToyShow is the Nanny Pat doll... pic.twitter.com/2LE2FxNTNu

This man is a wee dote. Sean nós dancing, knitting, hanging with nanny pat and eating bacon and cabbage. As Irish as can be. ? #LateLateToyShow pic.twitter.com/4Yc54TV0Ed

And while you're down a Late Late Toy Show wormhole, another moment that's worth checking out is when brave Sophia stood up to the bullies for being different and received some advice from Tubridy.

"Don't let the bullies stop the things... from doing the things you want to do," Sophia said, speaking down the camera. "And life would just suck if everyone was the same." 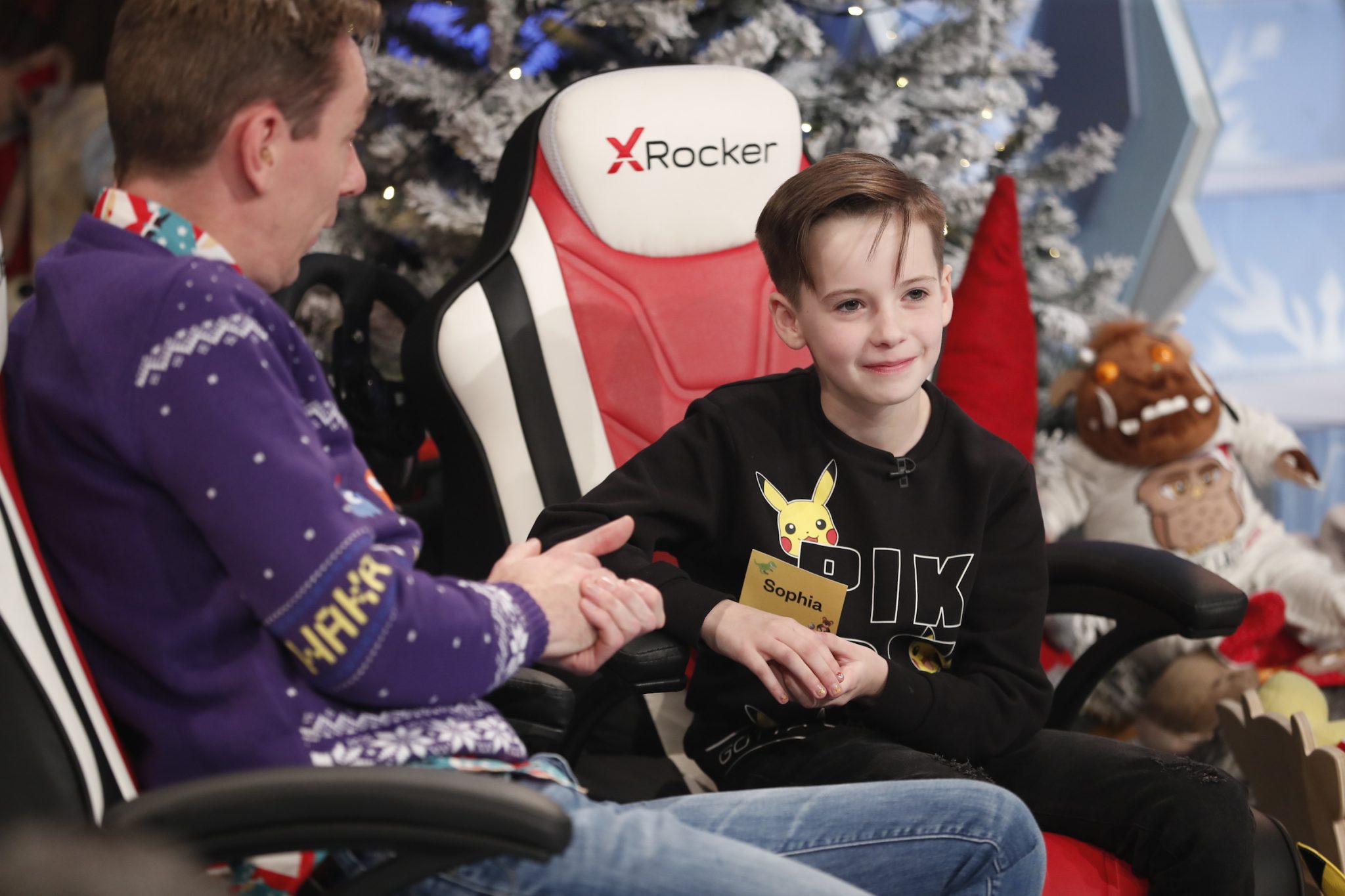 "That's it exactly," Tubridy agreed.  "So you just keep on being who you are, what you are, whoever you want to be."

My heart can't take it all.


popular
Zara's €20 top comes in eleven different colours and it's the cosy comfort we need
Season 16 of Grey's Anatomy begins in Ireland tomorrow night and the excitement is real
These €26 Zara trousers are the next best thing to tracksuit pants (and they come in three colours)
What the hell is going on with Houseparty?
Meghan and Harry issue statement following Donald Trump's Twitter comments
'You've been great' It looks like Harry and Meghan just shared their final Instagram post
Documentary featuring inspirational influencer Jade McCann is available for pre-release now
You may also like
1 month ago
Sex Education and Stranger Things fans will love the latest series to drop on Netflix
1 month ago
Finn Tapp and Paige Turley are crowned our 2020 Love Island winners
1 month ago
Here's why Josh Sanderson is missing from To All The Boys: P.S I Still Love You
1 month ago
Maya Jama reveals why she 'deletes WhatsApp' when feeling overwhelmed by social media
1 month ago
Caroline Flack has returned to Instagram after being 'advised' not to go on social media
1 month ago
Everyone can relate to this hilarious moment on last night's Love Island
Next Page