It's fair to say that Ireland and Lewis Capaldi are getting pretty serious about each other.

Whether it's copping an amorous earful from some noisy Dublin neighbours, putting on random pub gigs in the capital, or just generally being sound, the young Scotsman is basically an honorary Irish citizen at this point.

His mournful break-up anthem 'Someone You Loved', meanwhile, continues to dominate the charts over here.

Having just supported Picture This in 3Arena for five consecutive nights - hey, imagine going to all of those! - Capaldi, who is already pencilled in for a number of gigs before 2019 is out, has just announced his biggest Irish show to date.

Tickets priced from €37.35 go on sale next Friday 26 April at 9am via Ticketmaster and usual outlets nationwide.

The gig is part of a new tour in support of the LIVELIVE initiative, which is designed to support fans experiencing emotional difficulties and who have concerns about attending shows.

All proceeds from a compulsory 50c extra charge at checkout for each ticket sale goes solely towards providing a dedicated email address and team at each venue who are expertly trained and qualified in assisting with panic, anxiety or any other concerns fans may have.

On the ground assistance will range from meeting fans at the door, escorting them to their seats, to taking anyone that needs to a specially designated ‘escape space’ where time out can be spent. 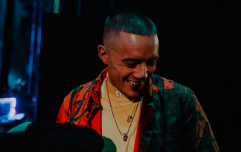 END_OF_DOCUMENT_TOKEN_TO_BE_REPLACED

Fans can visit the signposted help points inside each venue which will be open before, during and after the concert.

“I always get tonnes of messages from people online who have said they want to come to my shows but can’t because they’re struggling massively with anxiety or are just generally afraid they will have a panic attack during the show," says Capaldi.

"I really wanted to put something in place to help those people feel comfortable and offer them support to allow them to experience the shows.

"I just hate to feel that anyone’s anxiety is making them miss out on anything they want to do and LIVELIVE is my attempt at helping make these shows enjoyable for as many of those people who have been supporting this journey for me!”

Capaldi's debut album, Divinely Uninspired to a Hellish Extent, lands on 17 May.

Ahead of the release of his eagerly-awaited debut, @LewisCapaldi just announced a huge headline arena tour with a show on Sunday, March 8 2020 at the @3ArenaDublin. Tickets on sale Friday, 26th April. https://t.co/qlQu1F2oLx pic.twitter.com/FcL2zxVfr7

popular
Selling Sunset's Chrishell Stause reveals "the brokerage has split"
Eight Of The Best Films And Documentaries On 9/11
Here's what happens on every day of your menstrual cycle (roughly)
So apparently Kourtney Kardashian is now dating 20-year-old, Luka Sabbat
4 new additions to Netflix to spend your weekend watching
Someone has ranked the penis size of men from all over the world
Why Are Men so Obsessed With Boobs? The Answer is Pretty Surprising...
You may also like
6 months ago
'Iconic, mesmerising and unique' What it's like to attend a private Alicia Keys concert
9 months ago
Irish singer Lilla Vargen talks luck, love and supporting Dermot Kennedy at his 3Arena gigs
9 months ago
Live concert of David Attenborough's Our Planet series coming to Dublin
11 months ago
WIN 2 tickets to the LIVE 25th anniversary show of Riverdance in Dublin
11 months ago
'Thank u, Dublin' - Ariana Grande waves goodbye to Ireland after three sell-out shows
1 year ago
Dermot Kennedy just announced a MASSIVE Irish gig, and we honestly can't wait
Next Page