Triumph over trolls: Lisa’s Lust List opens up about her highcourt win

"You have got to be accountable for what you write online."

Influencer Lisa McGowan of Lisa's Lust List has opened up about her legal battle against anonymous online trolls.

The Tullamore blogger, who has over 130,000 followers on Instagram alone, was regularly targeted by online trolls who watched her every move.

END_OF_DOCUMENT_TOKEN_TO_BE_REPLACED

Though she accepted some trolling and negativity came with her job, she felt forced to take legal action when anonymous accounts claimed she had stolen money raised for charity as "if you don't have your name you have nothing."

Speaking to RTÉ's Oliver Callan, Lisa said she was worried people would start to believe the lie the trolls were peddling.

Lisa also shared that the "begrudging, bitter people" who trolled her took a toll not just on her, but on her parents, who found the ordeal "terrifying." It was her father who suggested she find a way to "unmask" her tormentors. 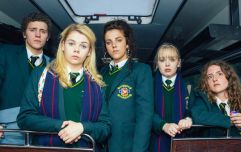 It's official: Derry Girls creator reveals plans are in motion for a movie

END_OF_DOCUMENT_TOKEN_TO_BE_REPLACED

She decided to take the matter to court in a bid "to raise awareness of how much it hurts and upsets people."

Lisa said the minute it was revealed she had won her case, the anonymous accounts were shut down. "...It was too late at that stage because we had got all the IT addresses. The legal team were working away in the background taking screenshots. The more that was written about me the bigger the case was becoming."

Lisa said as a result of the court case, she received apology letters from those behind the accounts – one of which went into four pages. 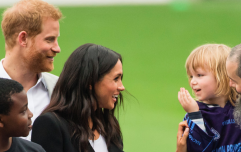 END_OF_DOCUMENT_TOKEN_TO_BE_REPLACED

"So this is what I can't understand. Somebody was trying to ruin me online but once they were found out, once we had got a name that they would write me a four-page apology letter."

She said getting through the ordeal highlighted all the positives in her life, including the "powerful support" from followers.

She added that she thankfully hasn't had any more online abuse and hopes her win shows people "fast fingers" have consequences.

"You have got to be accountable for what you write online. This anonymous fake profiling has to stop."

popular
Adam Collard responds to claims he cheated on Paige Thorne
Woman who 'fell off' rollercoaster ride is identified
Ellie Simmonds targeted by online abuse following Strictly debut
Netflix's true crime series Sins of our Mother is seriously insane
Corrie actress Lucy Fallon pregnant after miscarriage heartache
Alec and Hilaria Baldwin welcome their seventh child
So, William and Harry have a step sister... and who knew?
You may also like
13 hours ago
Budget 2023: Parents will not have to pay for primary school books from next year
1 day ago
Popular Irish cafe bans customers wearing pyjamas
4 days ago
Brian O'Driscoll brings the wrong dog home from the groomers
5 days ago
Gardaí investigating fatal Multyfarnham car fire arrest woman (40s)
5 days ago
Charlie Bird to be awarded Freedom of Wicklow
5 days ago
RTÉ's Caitriona Perry welcomes her second child
Next Page