2019 was an outstanding year for the documentary genre.

However, there's only one Louis Theroux and he's returning to our screens on 12 January with a new documentary that examines prostitution in the 21st century.

The exchange of sex for money is legal in Britain, so long as it doesn’t involve coercion, exploitation, or any kind of public nuisance.

END_OF_DOCUMENT_TOKEN_TO_BE_REPLACED

During the course of the documentary, the Bafta award-winning broadcaster will meet men and women that legally provide sexual services, either to make a living or to supplement their income.

As Theroux meets the people participating in the new sexual economy, he explores whether selling sex can ever be a healthy way to make money. 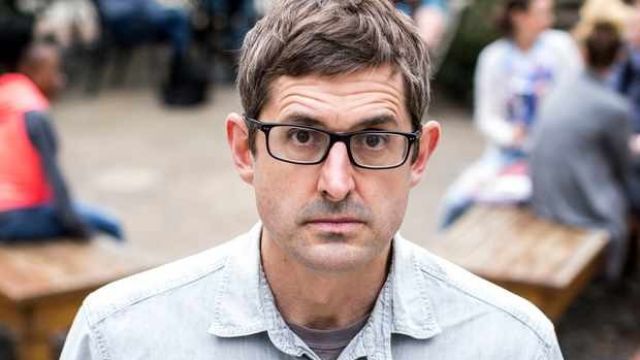 Theroux has previously documented the subject of sex work in 2017 with Sex Trafficking in Houston in which he investigated sex workers in the US city.

Speaking about the new documentary, Theroux said: “I’m always drawn to stories that involve ethical wrinkles - issues that are deeply felt, but are also divisive, and in which good-hearted people can come to opposite conclusions. The debate around selling sex is exactly that kind of story.

"It is one of the most straightforward, yet complex interactions that can take place between two people. On the one hand, none of the activities taking place here are illegal; everything is above board and both parties have mutually agreed on the arrangement. On the other, it’s impossible to deny that for many - maybe most - people, there is something unsavoury in the idea of accepting money for an act that is so intimate. They have a problem with those who do it and see it as a symptom of a society that is controlled and dominated by men.

"For exactly this reason - because it is so controversial - I thought it would be revealing to speak to the women involved in the business of selling sex. Once we started looking we discovered that the sexual economy seems to have been turbo-charged by the prevalence of new websites and social media that allow users to meet up more easily, to write reviews of each other, and swap information.

"What we ended up with was a very intimate look at three very individual women and the different paths that led them to this field of work. I found it revealing and thought-provoking to make - I hope viewers have the same experience. Mainly, I’d like to thank the women who so openly and honestly let me in to their lives and helped broaden my understanding of their lives and experiences.”

END_OF_DOCUMENT_TOKEN_TO_BE_REPLACED

Since the documentary was made, the BBC has defended itself from allegations that Theroux’s latest documentary manipulated his subjects.

Sex workers Georgina Tyson and Ashleigh Williams feel they were misled over the documentary’s narrative, and worry it will perpetuate negative stereotypes surrounding those in the industry.

Tyson wrote in an open letter: “They supposedly wanted to follow a newish sex worker to document that experience, it felt more like they were pushing the stereotype of sex workers being sex workers because something bad happened to them.” She also claims she was not properly safeguarded.

The BBC said in a statement: "Georgina is not identified as being a sex worker in the film, nor is she a subject of the documentary. Our initial contact was with Ashleigh, and it was clear that she was the focus of the film, not Georgina. We have addressed their concerns in the final edit of the film, and have listened to their comments throughout the filming process.

"We are confident that Ashleigh gave informed consent to be a part of the documentary as is evidenced by ongoing communication with her. Louis is well-versed with handling sensitive cases and has always had the utmost respect for the subjects of his documentaries."

The full open letter can be read here.

Theroux confirmed on Twitter that his new feature, Louis Theroux: Selling Sex, will air on BBC Two at 9pm on Sunday, 12 January.

.⁦@BBCTwo⁩ has announced air date for my latest doc. Jan 12. About the new sexual economy in the UK. “Selling Sex” https://t.co/oprmywjY5u