Love is Blind creator responds to plus size casting criticism

"There's only so many people that we showed."

The creator of Love is Blind has responded to recent criticism regarding the lack of diversity in terms of body sizes on the show.

The first few episodes of the second season landed on Netflix over the weekend, and while it attracted a large audience, many couldn't help notice that the plus size participants were given significantly less screen time than the others.

END_OF_DOCUMENT_TOKEN_TO_BE_REPLACED

In the first drop of the season, 30 singletons go on virtual dates in pods, without ever seeing the face of their potential partner. If they hit it off, they can meet each other for the first time while on a couple's retreat.

As well as the lack of screen time for the plus size participants, some viewers took issue with one of the contestants when he appeared to try and gauge the weight of the woman he was talking to. While in their pods, Abhishek 'Shake' Chatterjee asks his date if he would have "trouble" picking her up at a music festival. 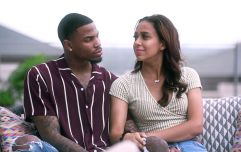 END_OF_DOCUMENT_TOKEN_TO_BE_REPLACED

The show's creator, Chris Coelen, has since responded to the criticism.

In an interview with the LA Times, he said: "Both Season 1 and Season 2, we really tried to have a diverse pool of participants in every sense of what that word means — whether it’s experience or body type or ethnicity or whatever.

"There's only so many people that we showed."

He went on: "It’s certainly not like we said, 'Let’s stack the deck.' No, we had every kind of person that we could find come into this environment, and everybody had an equal opportunity."

He then added that production does not try to "steer" or "control" the show.

Coelen said: "We just set up the mechanism and help move them around, depending on who they want to spend time with."

Love is Blind is currently streaming on Netflix.

popular
Here are the baby name trends set to dominate 2023
Love Island's Faye Winter says she feels like she's "failing" as an influencer
Selena Gomez calls out "vile and disgusting comments" following Hailey Bieber interview
5 delicious brunch spots around Ireland to try out on your next trip with the girls
Stacey Solomon addresses previous comments about the monarchy
Royal Family ban TV channels from using funeral footage
Why Are Men so Obsessed With Boobs? The Answer is Pretty Surprising...
You may also like
1 year ago
Applications for Love is Blind season two are now open
1 year ago
There's going to be a Love Is Blind reunion show - get excited
2 years ago
Netflix's Too Hot to Handle is about to replace the Love Island gap in your life
2 years ago
Love is Blind has been renewed for two more seasons
2 years ago
Love is Blind creator is hoping for 'many' more seasons of the show - in many countries
2 years ago
Turns out two of the Love Is Blind contestants knew each other before the show
Next Page