Love Island’s Eyal Brooker goes back to his music roots

Eyal Booker has been mixing with some famous faces since his departure from the Love Island villa.

He joined a whole host of celebrities in an attempt to create a new world record last night.

Before entering the villa, the curly-haired hunk was in a band called EverYoung. The band’s debut single in 2013, You Got Me didn’t do to badly in the charts coming in at number 30 in the indie chart. 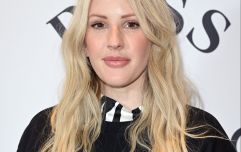 END_OF_DOCUMENT_TOKEN_TO_BE_REPLACED

The reality TV star joined the likes of Aston Merrygold, Michelle Heaton, Ashley Roberts and Rebecca Ferguson for the NHS Singalong Live. They sang their version of The Beatles’ With A Little Help From My Friends in Abbey Road Studios.

NHS staff joined them in the studios and at different locations across the UK to try and break the world record for the biggest singalong.

Unfortunately, they didn’t manage to do so but those who took part and those who were watching and singing along at home didn’t mind. Like Eyal, they were too busy enjoying themselves.

He posted some photos and videos from the event on Instagram. 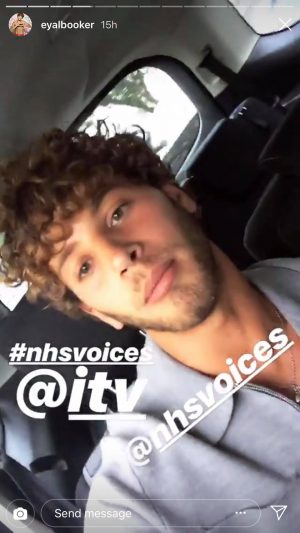 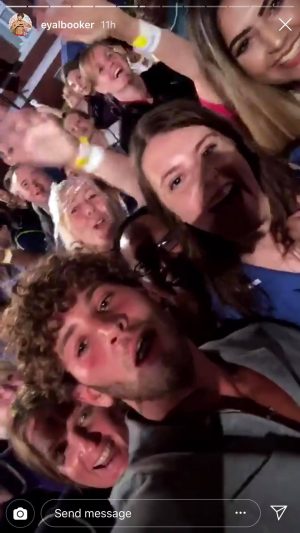 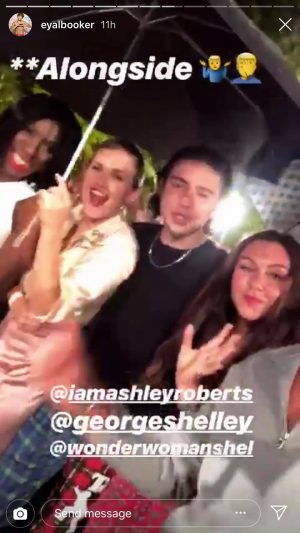 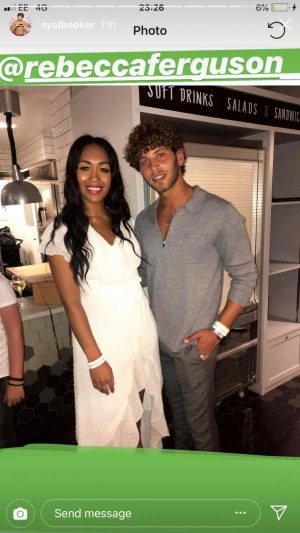 Following Eyal’s departure from the villa, he has been quite vocal about his fellow islanders. Speaking about Adam Collard he said:

"I genuinely believe that Adam had real feelings for Zara. Adam isn't in there to jump from bed to bed.

He's just had back luck, especially with Zara leaving so unexpectedly."

Eyal has also stuck up for Meghan who he was coupled up with before leaving the villa. After Meghan ditched Wes for Alex this week, Eyal said:

"I was surprised Megan ditched Wes so quickly, but Love Island is all about finding out who you wanna be with.

She always said she wanted to be with an older guy, and Alex is older. I guess she's gone with her heart."

Girls With Goals || Her · Ep.161: Feeling Peachy - Sharon Keegan of Peachylean on being an absolute BOSS!
popular
Britney Spears' dad Jamie says he is "sorry" to see daughter in pain
Top 10 best staycation experiences in Ireland revealed
Woman escorted from Disney World for "inappropriate" top
Will Britney ever be freed?
Nearly half of men think 36 is "too old" for women to have a baby in UK
A BBC documentary on the Peru Two is coming next month
Aldi's new garden collection includes massive waterpark, slides and 14ft pools
You may also like
1 week ago
Westlife's Mark hopeful that "biggest gigs" of his life will go ahead this summer
2 weeks ago
Noel Gallagher calls Prince Harry a "f*****g woke snowflake" in interview
2 weeks ago
Sinead O'Connor takes back her plan to retire from music
3 weeks ago
Jesy Nelson accidentally posts new music online - and it's SO good
3 weeks ago
Sinéad O’Connor calls out "offensive and misogynistic" interview on BBC Radio
3 weeks ago
Late Late Toy Show teen hits number 1 with debut single
Next Page