Things in the villa are heating up and we're feeling saucy on today's episode!

If you're watching Love Island, you'll know that tonight's episode is going to be a BIG one as there's a recoupling involved.

Although it's easy to predict some of the couples, there's one love triangle that mega fans are obsessing over as both Demi and Shaughna are interested in Luke M.

The last few days have concentrated on this situation with Luke's head "scrambled" and it's all going to come to a head tonight.

Shaugna told him she liked him just when he was getting to know Demi but then Demi also expressed interest in chatting to Jamie... and in true Love Island style, things are majorly complicated.

The popular reality show loves a good cliffhanger and it's very likely that he will be last to choose who he couples up with.

Starting his recoupling speech, he says:

"When we do talk, it’s easy, the conversations flow and she never fails to make me laugh, I feel like she hasn’t had the best luck in the villa, but I do feel that is going to change".

Demi was upset when Nas decided to bring back Eva from Casa Amor and Shaughna had a rough time when Callum decided to pursue Molly, so the above could apply to both.

All will be revealed at 9pm tonight but in the meantime, the Love Island Twitter hashtag is lit as people attempt to figure out what decision he will make.

In other news, Luke T is putting Operation Fairytale (complete with a princess crown and a treasure hunt style game) into action as he has an important question to ask Siannise.

Could we be about to get another official boyfriend and girlfriend pairing? It certainly seems that way... 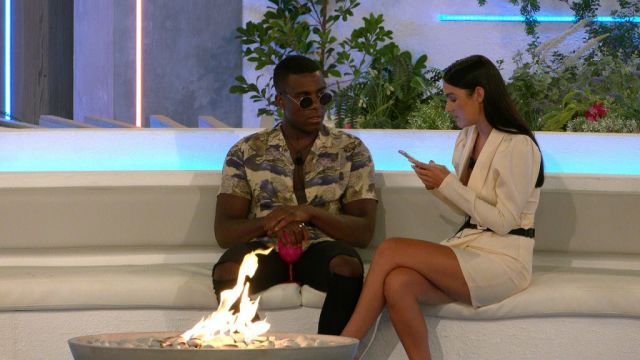 
popular
This €4 foundation is honestly our BEST beauty discovery of 2020
Say hello to the perfect work dress, that will cost you just €19 in Penneys
We just found the perfect 'jeans and a nice top' top, and it's only €17 in New Look
This Kilkenny store creates engagement rings using the world’s oldest jewellery techniques
Olly Murs has shared an incredibly emotional tribute to his dear friend Caroline Flack
Say hello to the most expensive Irish whiskey ever made, which costs €35,000 per bottle
Say hello to the Ostrich pillow, that lets you take a nap wherever, whenever
You may also like
15 hours ago
'I'm gonna miss you Caz': Love Island shares video tribute to Caroline Flack
1 day ago
Molly Mae to donate 100 percent of her PLT collaboration profits to MIND in honour of Caroline Flack
1 day ago
'I really did want to stay' Maura Higgins is the latest skater to get eliminated from Dancing On Ice
2 days ago
Tonight's episode of Love Island will not be aired following the death of Caroline Flack
4 days ago
Absolute scenes as Shaughna is dumped from Love Island following explosive recoupling
4 days ago
Love Island hit by '377 Ofcom complaints' after headline leads Paige to believe Finn's head turned
Next Page