Spice up your life.

Spice Girls Mel B and Emma Bunton are joining the cast of Netflix's hit reality show The Circle and there's one catch - they're "catfishing" everyone.

The fourth season of the show aired on Wednesday and fans were shocked to see two of the Spice Girls on the series. 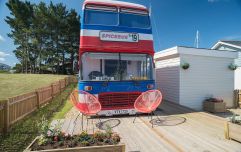 END_OF_DOCUMENT_TOKEN_TO_BE_REPLACED

As a way to raise the prize fund, the two entered The Circle for a four day period to compete against other contestants.

The aim was to remain in the game as the undetected “catfish”, called Jared and then the prize money would be upped with an extra $50,000.

In a preview clip that was released, the pair said they were ready to "spice things up a bit" and they wanted to try to completely trick any other contestants.

Surprise! Emma and Mel B from the Spice Girls have entered The Circle. 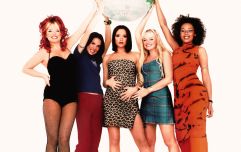 END_OF_DOCUMENT_TOKEN_TO_BE_REPLACED

The show is based on the hit Channel 4 series and centres around social media, claiming "anyone can be anyone in The Circle”.

The season four synopsis reads: "The Circle is back for Season 4, and we’re turning the heat up higher than ever! What else would anyone expect from the spiciest season yet? More catfishing, more drama, more money and surprises await as a new set of contestants compete in challenges to earn the ultimate cash prize as top influencer. The Circle is hosted by comedian Michelle Buteau."

Contestants in the show live in the same building but are not allowed to meet and can only communicate through their specially-designed app profiles, and they can be whoever they want to be on it.

The aim is to win, and that means you must be the most popular despite never meeting the others with a cash prize up for grabs.

Starting today, Netflix has released the first four episodes with more to follow in the coming weeks.

popular
Love Island’s Afia explains why Gemma’s dad has not been mentioned on show
Two dumped islanders have confessed their feelings for each other since leaving the villa
Love Island fans concerned over "bullying" of Ekin-Su
PSA: Casa Amor is happening - and soon
Love Island fans are in shock after new boy Charlie revealed his age
Shaughna Phillips brands Love Island heart rate challenge "fixed" and "vile"
Selling Sunset's Maya Vander experiences miscarriage
You may also like
6 months ago
Mel C teases another Spice Girls reunion and tour in 2023
7 months ago
Geri Horner left "devastated" as she pays tribute to her brother who died this week
7 months ago
Mel B's very risky joke has been edited out of An Audience With Adele
11 months ago
Emma Bunton marries partner Jade Jones in secret wedding
1 year ago
Gary Barlow planning a supergroup of Spice Girls, Chris Martin, Little Mix and more
2 years ago
Good news: The Spice Girls are officially in talks for upcoming gigs
Next Page