We are so there.

If you're a fan of Michael Bublé then you'll be delighted to know he's coming to Ireland. The dates of his tour have just been announced, and even though they're a while away, we're already buzzing for them.

Announced only moments ago, Michael will take to the 3Arena stage on June 6 before heading up to play in Belfast's SSE Arena on June 9. 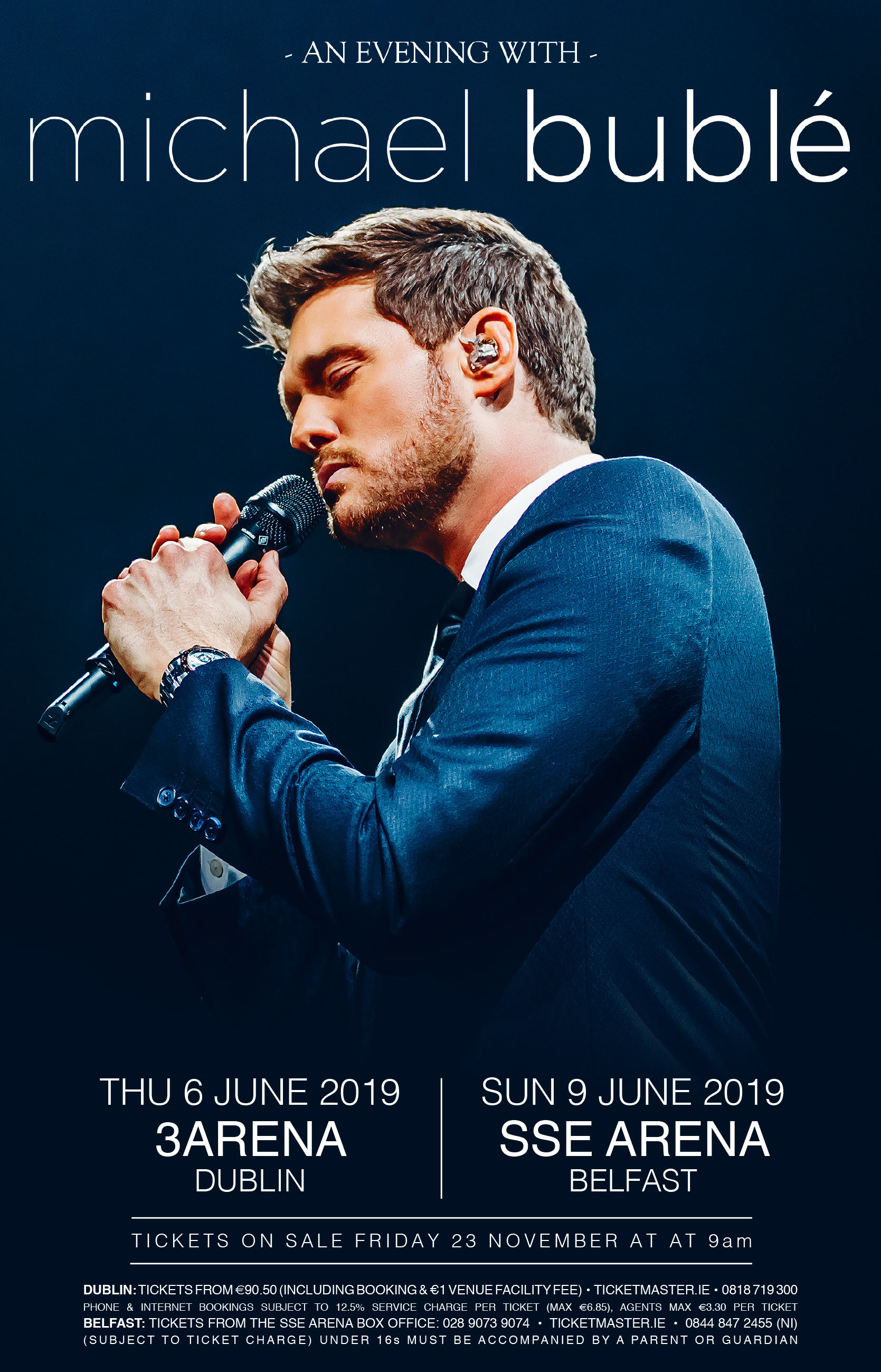 END_OF_DOCUMENT_TOKEN_TO_BE_REPLACED

Tickets go on sale on Friday November 23 at 9am on Ticketmaster.

Meanwhile, the singer's highly anticipated 8th studio album, love, will be available this Friday, November 16 - and if you want to make sure you nab tickets, you can order the new album from www.goldendiscs.ie before 11:59pm on Sunday November 18 for access to pre-sale concert tickets (we will definitely be doing this).

The entertainer has sold more than 60 million records worldwide, performed hundreds of sold-out shows around the globe, and won four Grammys and multiple Juno Awards during the course of his extraordinary career - and now we can't wait to see him live.

popular
Top tips for keeping your fake tan on for longer as the weather heats up
Paige Thorne breaks her silence on Jacques O'Neill drama
TikToker shows how to avoid sweat stains by using pantyliners
Love Island producers respond to claims Jacques was kicked off the show for "bullying"
Ekin-Su Cülcüloğlu signs the biggest fashion deal in Love Island history
Apparently, THIS is the reason why Louise Redknapp split from Jamie Redknapp
Met Éireann extends high temperature warning for Ireland this weekend
You may also like
2 weeks ago
George Clooney is planning an Irish holiday this year
3 weeks ago
Europe's heatwave to last until next week, experts say
3 weeks ago
5 amazing city breaks that are perfect for a last-minute trip this summer
1 month ago
No, news presenters aren't trying to seduce us with their stances
1 month ago
Sunny weather set to return tomorrow with highs of 23 degrees
1 month ago
Is the Lonely Planet article about Dublin accurate? A Dubliner responds
Next Page