Milo, you're breaking our hearts.

Ever since its 2016 revival, fans across the world have been holding out hope for another series of Gilmore Girls: Year In the Life.

Especially after the cliffhanger in the finale, which saw Rory tell her mum she's pregnant - but didn't reveal the name of the father.

But Milo Ventimiglia, who returned as Jess Marino on the Netflix series, has a bit of bad news for them.

"You know, I think that [creator] Amy Sherman-Palladino and [writer/director] Dan Palladino are probably pretty focused on their award-winning show 'The Marvelous Mrs. Maisel' so I don't know that there will be more 'Gilmore.'

"I think everyone is pretty scattered on their current jobs." 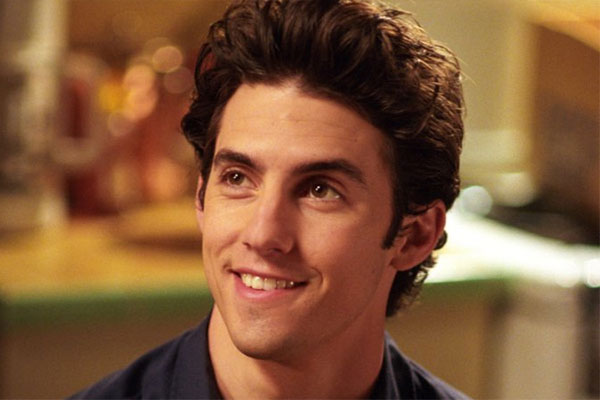 END_OF_DOCUMENT_TOKEN_TO_BE_REPLACED

But hope of a return to Stars Hallow isn't lost just yet.

According to The Hollywood Reporter, he said:

“We hope there are more installments. We obviously loved the success of the show, fans loved how well it was done, it delivered what they hoped."

And just a few months later, Sherman-Palladino sounded optimistic about the idea of more episodes - she just wasn't sure when they could happen.

"We carved out a little niche for ourselves with Amazon saying that if we ever want to do it, if the girls and us get together and we have a concept that works, then we have the freedom to do it.

popular
Deborah James "scared to go to sleep" as she receives hospice care
Final episode of Neighbours to air on Irish TV in August
Wagatha Christie: Rebekah Vardy storms out of court just 30 minutes into final day
Traditional names such as Mary, Maureen, John and Michael may soon be extinct
Irish mum shares "harrowing" experience after kids almost abducted in Turkey
Airport passengers left furious as queues stretch all the way to car park
Tributes paid after Love/Hate actor Stephen Clinch dies aged 52
You may also like
1 week ago
Christine Quinn confirms she'll be on the next season of Selling Sunset
1 week ago
Virgin River season 4 is coming – and here's what we know so far
1 week ago
Bridgerton has announced a newbie coming to season three
2 weeks ago
Ads could be coming to Netflix before the end of this year
2 weeks ago
Selling Sunset's Christine Quinn says she quit Oppenheim group before the reunion show
3 weeks ago
Grace and Frankie's last-ever episodes are here – and why this show was so important
Next Page