But there's an incentive...

Netflix CEO Ted Sarandos has confirmed adverts will be coming to the streaming service in the near future after financial struggles in 2021 and a tough start to 2022.

While viewers might feel disappointed to hear that the time where you could watch your favourite shows entirely uninterrupted has come to an end, don't get ahead of yourselves, as the streaming giant isn't imposing this on all its subscribers.

END_OF_DOCUMENT_TOKEN_TO_BE_REPLACED

Speaking in an interview with The Hollywood Reporter, Sarandos said: "We’ve left a big customer segment off the table, which is people who say: 'Hey, Netflix is too expensive for me and I don’t mind advertising'.

Essentially, people will soon be able to pay less for a service more reminiscent of old-fashioned TV or akin to YouTube - though the latter is obviously free and users can pay to remove ads entirely.

Not only will this be relief to more than 221 million subscribers around the world but it also offers a genuinely viable and attractive option for those looking to pinch the pennies and save some more money every year or join the service for the first time. 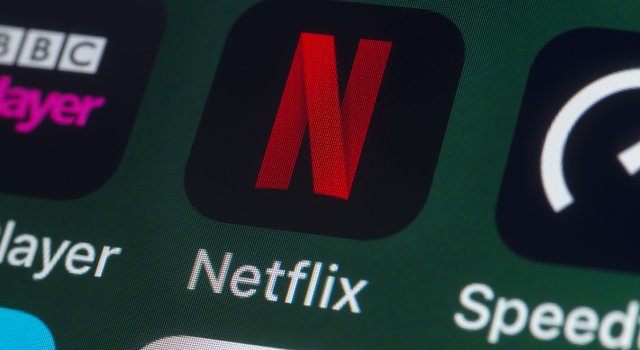 END_OF_DOCUMENT_TOKEN_TO_BE_REPLACED

The current price for a standard subscription is £10.99 which can be used on two different devices - account-sharing is also set to be cracked down on soon - and the premium upgrade allows you to watch in Ultra HD on four different devices at £15.99.

This new tier, which has yet to be fully announced, will be at a lower price point but it remains unclear how many devices you will be able to register.

Netflix isn't the only streaming service to have begun including advertising in their business model, as Amazon Prime started phasing in ads for certain movies and TV shows back in 2020. Moreover, back in March, Disney+ officially announced an almost identical service to the one proposed by Netflix rolling out in late 2022 for the US and expanding internationally into 2023.

END_OF_DOCUMENT_TOKEN_TO_BE_REPLACED

Disney's distribution chairman Kareem Daniel said, “Expanding access to Disney+ to a broader audience at a lower price point is a win for everyone - consumers, advertisers, and our storytellers", adding that more people will have access to the content, advertisers will reach larger audiences and "storytellers will be able to share their incredible work with more fans and families.”

So Netflix adverts are coming whether you like it or not - the question is, are you willing to suffer through them to save a few quid or is uninterrupted streaming a non-negotiable for you?

popular
Parents told to stop buying selection boxes for kids- here's why
We could be getting snow this Thursday, according to Met Éireann
This Netflix Christmas film is being dubbed the perfect rom-com
Only watch this new Netflix film if you want to bawl your eyes out
Nicola Coughlan lands "lifelong dream" role as she gets cast in Oliver Twist
Why Are Men so Obsessed With Boobs? The Answer is Pretty Surprising...
Shops could be required by law to take cash payments under new bank rules
You may also like
3 weeks ago
WATCH: The trailer for Dead to Me is here
1 month ago
Netflix reveals full line-up of new shows and movies arriving in November
1 month ago
The trailer for Firefly Lane season two is here
1 month ago
Netflix to crack down on password sharing soon
1 month ago
The Strictly Come Dancing 'mole' drama explained
1 month ago
Wait, are we getting an all-stars edition of Come Dine With Me?
Next Page