This would be heartbreaking.

The storyline for Katie McGlynn's exit from Coronation Street has reportedly been revealed.

The actress, who has played Sinead Tinker for the last six years, is reported to be leaving the long-running soap.

And while McGlynn's exit has yet to be officially confirmed by Coronation Street bosses, new reports have revealed the devastating exit storyline in the works for her character.

According to The Sun, Sinead will lose her cancer battle, in what is being called "an unforgettable departure set to leave viewers in tears.”

The Underworld machinist will get the heartbreaking news that all of the treatments she had been undergoing have failed - and she will be given the option to stay at home, or move to a hospice. 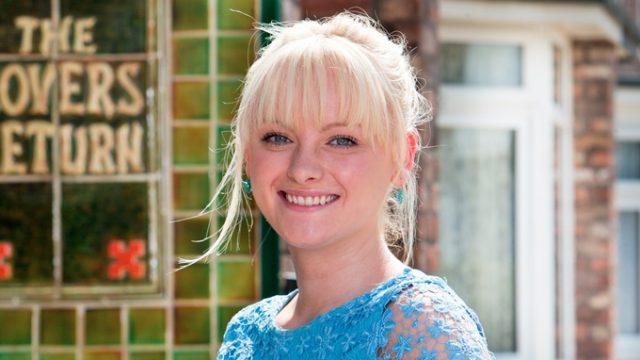 “From her two rocky relationships to the mini-bus crash, she’s been in some of Corrie’s most captivating storylines.

“And producers will be sad to see Katie leave the soap, but she will make an unforgettable departure which is set to leave viewers in tears.”

The actress has been rumoured to be exiting the soap for awhile now. 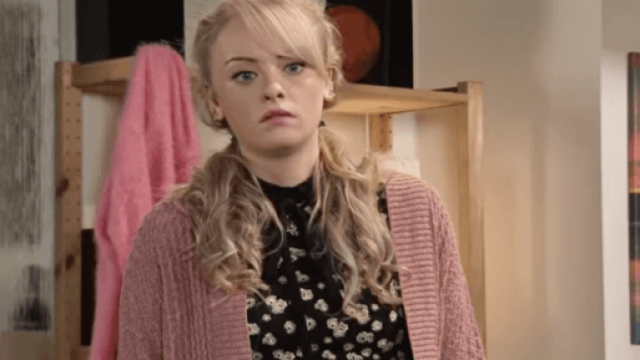 In May, a spokesperson for the soap told Digital Spy:

"Katie is fully committed to playing out the extremely important storyline she is currently portraying on screen.

"This story still has a long way to go. Any speculation threatens to undermine the storyline for viewers."

The news of Katie's possible exit come after a number of her Coronation Street co-stars have announced they are leaving the soap.

Faye Brookes, who plays Kate Connor, announced on Tuesday that she was "off to pastures new" after four years on the soap.

And Tristan Gemmell, who plays Robert Preston, told his fans on April 26 that it was time to "hang up the chef's gear and head for pastures new."

Connie Hyde, Kym Marsh and Bhavna Limbachia have all also announced they were leaving the cobbles in 2019.

popular
Thursday set to be the hottest day of the year, says Met Éireann
Her Quarantine Quiz Week 9: Iconic Irish music videos
After days of silence, Scott and Sofia finally comment on the break up rumours
PSA: White Claw Hard Seltzer is launching in Ireland next month
A royal insider has revealed the truth behind Meghan and Kate's rumoured feud
Apparently, this is the moment the 'rift' between Kate Middleton and Meghan Markle began
So, William and Harry have a step sister... and who knew?
You may also like
1 week ago
Retro Drive-in Movies is set to return and we couldn't be more excited about it
1 week ago
Cliona Hagan joins Ireland's top female artists in Women's Aid fundraiser
1 week ago
The Big Flower Fight: The wholesome landscaping content we deserve during lockdown
1 week ago
Normal People's Paul Mescal says he's 'looking forward to dating' after lockdown
1 week ago
Making your own masks? Aldi will have Harry Potter fabric in stock this weekend
1 week ago
Phantom of the Opera director Andrew Lloyd Webber invited Paul Mescal to a singalong and we need it now
Next Page