Reality TV mogul Kim Kardashian has announced that a new show following the fabulous lives of her sisters will air after the finale of Keeping Up with the Kardashians.

The show will be available to watch on Hulu. 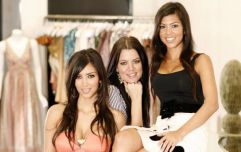 QUIZ: How well do you remember the first episode of Keeping Up With The Kardashians?

END_OF_DOCUMENT_TOKEN_TO_BE_REPLACED

Kim shared the exciting news with her fans as she live-tweeted along with the latest episode of KUWTK. When one fan lamented the upcoming finale, Kim comforted them with the Hulu show update.

The star wrote: "We won't be gone long! Our new show on Hulu will be coming after the final season."

Not much is known about the Hulu series, but fans are hopeful it won't deviate too much from KUWTK.

We won’t be gone long!! Our new show on @hulu will be coming after the final season https://t.co/ByED1rcvVp

She said: "I’m guessing that we will start filming in a couple of months. When we first got the show, many years ago, I remember signing the deal with E! and I think we were shooting 30 days later." 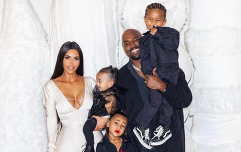 END_OF_DOCUMENT_TOKEN_TO_BE_REPLACED

Kris continued: "I think this will be the same way. We’re dying to go do things together. We all had a really nice break. And if the world opens back up it will be a lot of fun."

Last September, the Kardashian-Jenner family broke the news that their franchise would come to an end after the current season.

A statement read: "We are beyond grateful to all of you who’ve watched us for all of these years — through the good times, the bad times, the happiness, the tears, and the many relationships and children. We’ll forever cherish the wonderful memories and countless people we’ve met along the way.”

It's been an eventful week for Kim. Just days ago, the reality star joined her sister Kylie in the billionaire's club.

Forbes declared Kim an official billionaire as her net-worth surged from $780 million to $1 billion.

As well as her reality TV appearances, Kim derives revenue from Skims, her shapewear line, and her beauty range KKW beauty.

popular
Miracle baby on the way for bride whose partner died on wedding day
Johnny Depp confirms he will be back as Grindelwald in Fantastic Beasts 3
Someone has ranked the penis size of men from all over the world
Here's the average age people lose their virginity around the world
How to INSTANTLY unblock your stuffy nose (we swear this works)
Gwen Stefani reportedly pregnant with baby number four
The age at which you lose your virginity can have a huge impact on your sexual enjoyment
You may also like
1 year ago
Did you spot Caitlyn Jenner name dropping the Kardashians in last night's I'm A Celeb
1 year ago
Kourtney Kardashian confirms you won't see her in KUWTK that much anymore
1 year ago
Kylie Jenner reveals that her falling out with Jordyn Woods 'needed to happen'
2 years ago
Kris Jenner gets 'tackled' to the ground by Kim Kardashian's security in new trailer for KUWTK
2 years ago
3 months on: Kylie Jenner FINALLY speaks about the Jordyn Woods and Tristan Thompson drama
2 years ago
Twitter is going mad about these 3 photoshop fails on the Kardashian's promo pic
Next Page