Sounds right up our street.

We’re always open to a new TV show to binge on, especially on Netflix when we get a shed load of episodes delivered to our screens all at once.

Well, this latest release looks to be right up our street with people calling it the perfect mix of Gossip Girl and Skins - glorious!

If you’re anything like us, those two shows would have been among your faves growing up and now Elite promises to fill the void. 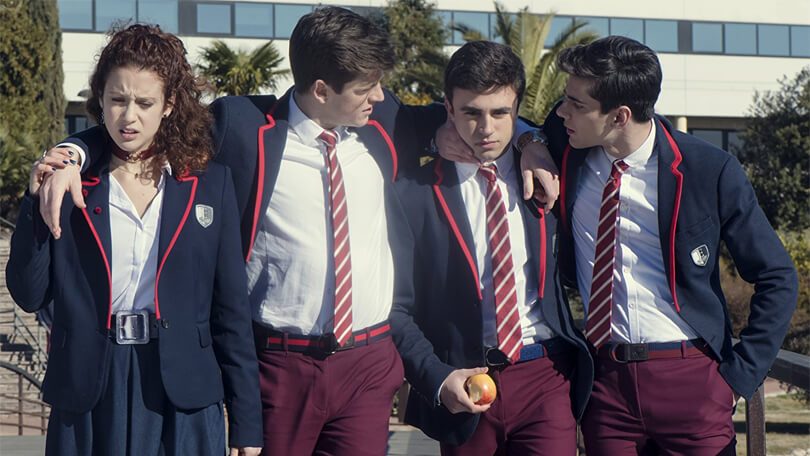 Netflix’s second Spanish original series is set in the most exclusive, upper-class school in Spain, where the children of the rich and famous go to study. We're talking Constance Billard meets St. Jude's.

But now, three working-class kids have just been admitted after their school collapsed and while they think they might have lucked-out, things aren’t all they seem.

“Who is behind the crime? Is it one of these recent arrivals from a different world? Or is there something deeper hiding beneath the surface?”

Well, there will be eight episodes released on October 5 that will explain all and we’ll definitely be watching.

popular
Kitchen Crusade: Two ingredient Nutella cake... or chocolate omelette, whichever
It's staycation time! WIN a two-night stay and dinner in a Select Hotel of your choice
Gogglebox Ireland are looking for new people for the show and it could be you
5 pieces from SimplyBe that would be the perfect addition to any summer outfit
Tributes paid to Dr Tony Holohan as he steps back from role to care for wife
"I never thought it would be cancer": Stage 4 melanoma patient recalls receiving her diagnosis
QUIZ: Can you guess the Disney movie from its opening line?
You may also like
1 week ago
QUIZ: How well do you remember the very first episode of The O.C.?
1 week ago
Leo Varadkar defends use of Mean Girls quote in Covid-19 speech
1 month ago
Carole Baskin handed control of Joe Exotic’s zoo in Oklahoma following court case
1 month ago
PERSONALITY QUIZ: Which Normal People character are you?
1 month ago
'It's just reminded me how rich Sally's books are': Normal People producers on adapting Conversations With Friends during lockdown
1 month ago
'That’s the most honest answer': Skeet Ulrich reveals why he is leaving Riverdale
Next Page