Brought to you by Sky One

And it promises to be one hell of a comedy-drama.

With a stellar cast that includes Michelle Keegan (Coronation Street, Our Girl), Joe Gilgun (Misfits, This is England), Tom Hanson (Love/Hate) and even a cameo by Dominic West, Sky One's all-new series — Brassic — has us intrigued.

The story follows six working-class lads in northern suburbia who consistently get up to all sorts in a bid to work their way up in life.

Witty, unpredictable and loaded with attitude, the lads Dylan, Vinnie, Cardi, Ash, Tommo and JJ are the bunch of mates who have bribed, scammed and essentially conned their way through life.

Now, at almost 30 years-of-age, the gang are still up to their old tricks and outrageous shenanigans that involve theft in the vast majority of cases.

As for both Vinnie (Joe Gilgun) and Dylan (Damian Moloney), life is catching up with them, pulling them in an entirely different direction, but the boys simply can't muster up the courage to leave behind their old ways.

For a start, Dylan needs to choose between continuing life with the best friend he grew up with or spending the rest of his days with Erin (Michelle Keegan), a mum of one who he's crazy about.

This mum though has bigger ideas, plans and aspirations for herself and her baby. Whether Dylan is willing to jump on board is another story. Will he choose a different path or cling onto the same old living-on-the-edge kind of life? 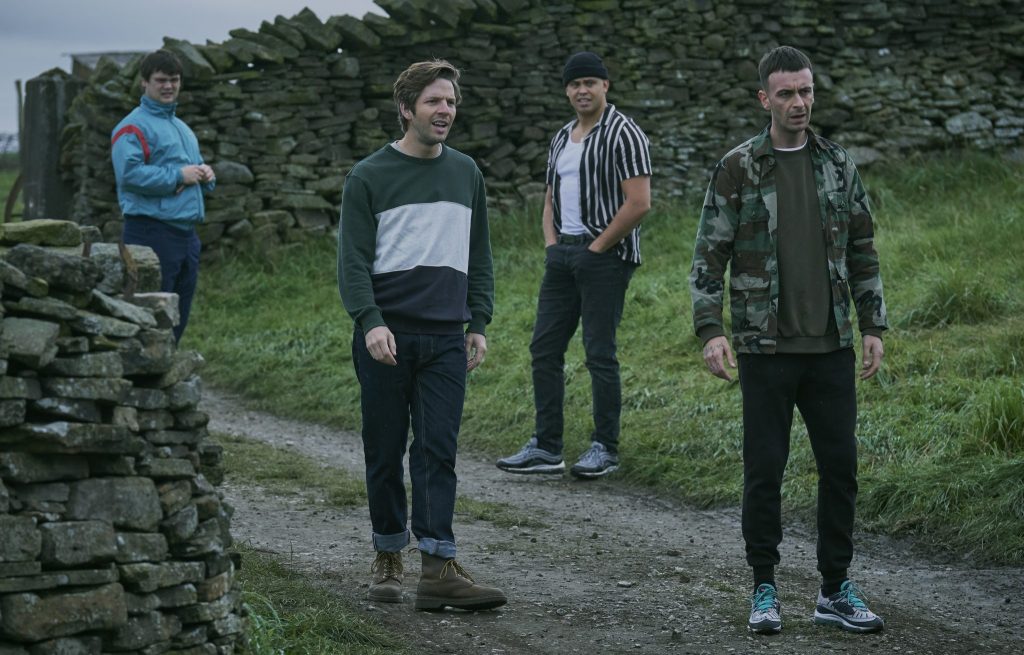 Michelle Keegan fans will absolutely adore her in Brassic. After all, if her character as Lance Corporal Georgie Lane in Our Girl or her lengthy role in Corrie is anything to go by, you’ll love her witty and determined (and of course, stunning) character in Brassic. Oh, and who else is mad about her fashion collab with Littlewood's? OK, we'll stop veering off-topic here.

So, prepare for fits of laughter, an insane bunch of characters you'll grow to love and the greatest BINGE of the season!

The Sky Original comedy-drama Brassic starts Thursday August 22 on Sky One and all episodes will be available on demand. (Hurrah!)

popular
Bride dislocates her leg during her first dance in viral clip
Emilia Clarke is set to be the next Marvel superhero
Met Éireann issue thunderstorm warning amidst heatwave
Jennifer Lopez and Ben Affleck just became Instagram official
Goodbye McDreamy! Disenchanted officially wraps filming in Enniskerry
Cristiano Ronaldo has been called 'racist' for his latest Instagram post
People are sharing why they wouldn't go on Love Island, and their reasons are gas
You may also like
3 weeks ago
QUIZ: How many of these Derry Girls characters can you name?
4 weeks ago
Mare of Easttown series 2 might not happen at all – and here is why
1 month ago
5 things we learned from the Gossip Girl reboot trailer
1 month ago
A luxury Friends themed cruise? Sign us up
1 month ago
Opinion: The Bold Type is so bad it's good - here's why we can't get enough
1 month ago
What a throwback: The first trailer for the iCarly reboot has dropped
Next Page