OFFICIAL: Season 2 of The Young Offenders will air in November

Conor and Jock are back very soon.

When it comes to the world of The Young Offenders, there's only one person that we'd trust.

No, it's not Jock because he's usually the instigator of the lads' most idiotic schemes. Sadly, it's not Conor because he's so easily led that if Jock jumped off a cliff, he'd follow suit.

After all, he did jump into the River Lee in the last season! Well, we think it was the Lee.

Even the strict parentage of Mairead isn't always the most reliable because she's too busy working to stay on top of the lads' whereabouts. As for Billy Murphy, well, he's just a charismatic madman!

No, the sole voice of calm and authority in Cork is Principal Barry Walsh (PJ Gallagher) because even though Conor and Jock frequently torment him in school and outside of it - the lads are dating his daughters - Barry still manages to hold some power over the lads. Granted, they're probably going to drive him insane but he's far less friendly with Conor and Jock than Sergeant Healy, Mairead, Billy Murphy etc. 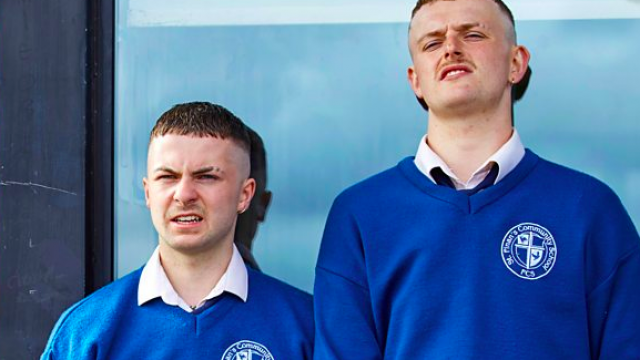 Well, during a recent appearance on The Ray D'arcy Show, PJ Gallagher was asked about when fans will get to see Season 2 of the beloved comedy.

END_OF_DOCUMENT_TOKEN_TO_BE_REPLACED

"In November, it starts again next month. I'm not sure of the day exactly. I think we find out on Halloween, so it's a big day for Brexit and The Young Offenders! Season 2 starts in November, we know that much," he said.

Speaking to JOE recently, Gallagher said that the new episodes will "blow your mind."

Aside from this, the comedian also teased a slight tonal change in the comedy style while the new seasons "pushes the boat out a bit more."