Olivia Colman's new show will be your next TV obsession.

The Crown actress is set to star in the new Sky original drama, Landscapers. It is the latest project from Sister for Sky and HBO after their multi-Emmy award-winning hit Chernobyl.

The four-part limited series will be directed by Academy Award winner Alexander Payne (The Descendants, About Schmidt, Sideways) and is written by Ed Sinclair in his first television screenplay. Netflix's The Lost Daughter praised for taboo representation of motherhood

END_OF_DOCUMENT_TOKEN_TO_BE_REPLACED

Inspired by real events, the drama explores the lives of convicted killers Susan (Colman) and Christopher Edwards (casting tbc) and asks how this devoted and mild-mannered couple came to kill Susan’s parents and bury them in the back garden of their Mansfield home, in a crime that remained undiscovered for over a decade.

This blackly comic, narratively playful true crime drama is based on extensive research, hours of interviews and direct access to the accused, who have always protested their innocence of murder.

Moving through various perspectives from Susan and Chris, to the police officers and lawyers involved in the investigation, the drama also draws the audience into the surreal fantasy world that Susan and Christopher created by casting themselves as their Hollywood heroes in stories of their own invention.

It is a unique murder case involving four lives lived on the margins of society, that turns into an exhilarating and darkly funny exploration of love and fantasy: its power and its peril. 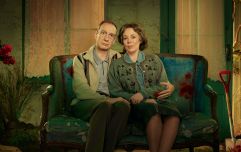 END_OF_DOCUMENT_TOKEN_TO_BE_REPLACED

Landscapers is produced by Sister, the award-winning producers of Chernobyl, in association with South of the River Pictures, the new production company from Olivia Colman and Ed Sinclair, for Sky and HBO.

The series will start filming in 2020 and will air on Sky Atlantic and NOW TV in Ireland and the UK and on Sky in Germany, Italy and Spain.

“I love Ed’s scripts, which is just as well as he cooks many of my meals. No, the truth is it’s quite rare to be desperate to play a part on the first reading of a script, but that was the case here. The writing is brave, but subtle and tender too - a joy for any actor," Olivia Colman, Actress and Executive Producer for South of the River Pictures said.

“Ed’s scripts are a riveting and sensitive exploration of what could drive such an ordinary couple to commit murder and I’m delighted that Olivia Colman will bring Susan to life in what promises to be a compelling series.  And after the success of the multi award-winning Chernobyl, we’re pleased to be working with Sister on another original drama inspired by true events," Cameron Roach, Director of Drama, Sky Studios added. 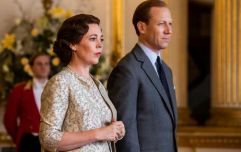 END_OF_DOCUMENT_TOKEN_TO_BE_REPLACED

Landscapers is the first original co-production from Sky and HBO since renewing their output deal last month, which extends the companies’ long-standing co-production partnership. It is also both broadcasters’ first new commission with Sister following their collaboration on the international hit Chernobyl which aired earlier this year, becoming Sky’s most successful original drama ever with over 4 million viewers and 10 Emmy Award wins.

The series was commissioned by Zai Bennett, Managing Director of Content, Sky UK and Ireland, and Cameron Roach, Director of Drama, Sky Studios. Serena Thompson is the Executive Producer for Sky.

Directed and Executive Produced by Alexander Payne, Landscapers is produced by Katie Carpenter (The Bisexual, Flowers).

popular
Pop Idol's Darius Campbell Danesh has passed away, aged 41
10 year old trans model becomes youngest to walk in New York Fashion Week
Greg O'Shea actually left Love Island to go to his granny's funeral
Green Party representative calls for a temporary ban of stag and hen parties in Ireland
Scarlett Moffatt slams 'disgusting' pap for sneaking into hotel to take photos of her
Here's how you can get "free money" from Revolut
Ryanair, easyJet and BA issue warning to anyone boarding with smart bag
You may also like
3 years ago
Olivia Colman's speech for her Oscar win was just as adorable as she is
3 years ago
Olivia Colman says the iconic 'Kev and Bev' AA adverts lost her some acting jobs
1 week ago
Everything we know about Love Island USA's Irish premiere
1 week ago
Love Island's Danica said she felt "disrespected" in the villa
1 week ago
Olivia Newton-John: Why did Grease have such an impact on us?
1 week ago
Love Island's Remi accuses Jacques and Luca of bullying
Next Page