Four seasons after she left American Horror Story, Jessica Lange is set to make her return this year for Apocalypse.

And as none other than the absolutely iconic Constance Langdon - the character she played in the anthology series' first season, Murder House.

In case you need a refresher, Constance was the Harmon family's neighbour after they moved into the spooky and spirit-filled Murder House.

Seriously, that was what it was called. 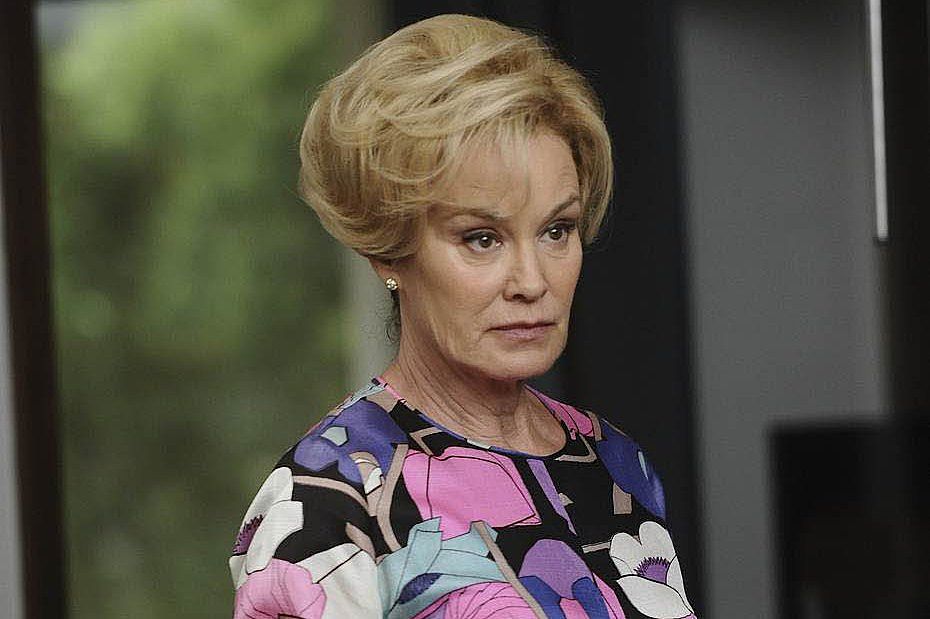 Constance ended up raising Michael, the little boy born to Vivian Harmon and Constance's ghost-son, Tate. And who also ended up growing up to become the anti-christ.

There hasn't been too many details about her return so far, which is why we were particularly excited when we saw show runner Ryan Murphy's latest photo.

He shared the picture - which shows Lange being directed by Sarah Paulson - to celebrate hitting 300,000 followers on Instagram.

END_OF_DOCUMENT_TOKEN_TO_BE_REPLACED

It's not totally clear, though, if the photo is simply a first glimpse at Lange on set or if this is going to be her first episode in the series.

But since we already know that Paulson is directing the sixth episode of American Horror Story: Apocalypse, at least we know vaguely when she will be back on screen.

AHS is currently still filming, and Paulson told her excitement at directing Lange earlier this week.

She told PeopleTV's  Jeremy Parsons and Lola Ogunnaike on the Emmys' gold carpet that she would be skipping out on all of the post-awards show celebrations because she had an early start at work the next day.

“I’m directing Jessica Lange at 6 in the morning, so that’s a reason to get up.”

popular
People are freaking out thinking that their star signs have changed
QUIZ: Can you guess the TV series from the intro lyrics?
Naya Rivera's death ruled accidental drowning, says medical examiner
The trailer for The Deceived has dropped, the new thriller starring Paul Mescal
Irish short film 'How To Fall In Love In A Pandemic' long-listed for Oscars 2021
A new social distancing outdoor escape game is coming to Ireland this August
5 absolute essentials for when you're having the gals over for a summer evening soirée
You may also like
1 day ago
Grant Imahara, co-host of Mythbusters, has died aged 49
1 day ago
QUIZ: Can you guess the TV series from the intro lyrics?
1 week ago
CONFIRMED: Ozark to return for an expanded fourth and final season
2 weeks ago
QUIZ: How well do you remember the very first episode of The O.C.?
2 weeks ago
Leo Varadkar defends use of Mean Girls quote in Covid-19 speech
1 month ago
Carole Baskin handed control of Joe Exotic’s zoo in Oklahoma following court case
Next Page