Netflix announced today that Orange Is The New Black will be returning to our screens with season six next month and we're beyond excited to binge-watch our favourite inmates of Litchfield Penitentiary.

If you need a quick recap to jog your memory before the season arrives this JULY 27, the final episode of season five saw the prison riot come to an end and Litchfield's main stars including Alex, Piper and Nicky hiding in Frieda's bunker while the rest of Litchfield's inmates were loaded into buses and sent to new prisons. 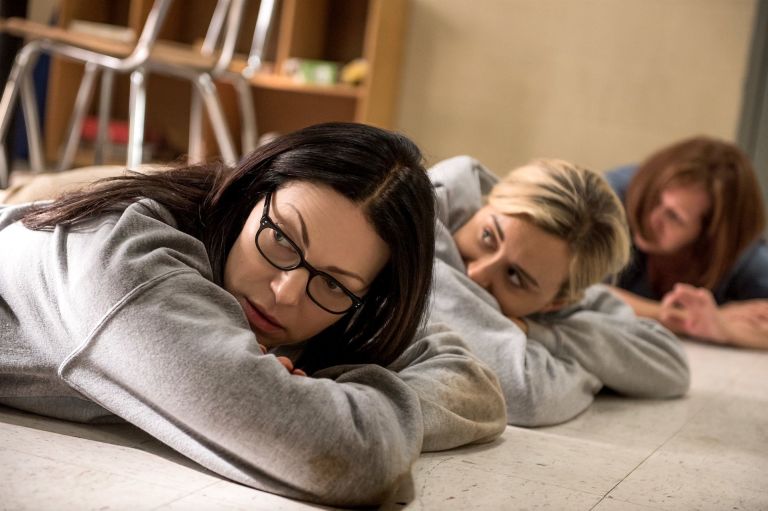 Netflix has so far kept this season quite hush, not giving us too much information as to what we can expect, however, it dropped a few teaser clips this month which made us so excited!

It's a whole new world. Nothing is the same, including the Season 6 opening credits. Can you spot the difference? pic.twitter.com/weQ32ZMiQH

Also coming to Netflix this July...

The Perks Of Being A Wallflower

It's going to be a good summer!

popular
Traditional names such as Mary, Maureen, John and Michael may soon be extinct
Texas student says she "played dead" during school shooting to survive
First case of monkeypox confirmed in Republic of Ireland
Young mum packs her bags and travels the world with 3-year-old son
Viewers praise Dermot Kennedy for "powerful" performance after Late Late Show finale
Doctors urge women not to follow Kourtney Kardashian's 'semen' fertility advice
This girl absolutely SCHOOLED this guy for sending an unsolicited dick pic
You may also like
1 week ago
WATCH: The trailer for Everything I Know About Love is finally here
1 week ago
The Toy Show Musical is looking to cast young girl in lead role
1 week ago
Derry Girls fans in bits following emotional season finale
1 week ago
Harry Styles to become next star to read a CBeebies bedtime story
1 week ago
Season 3 of Bridgerton will be all about Penelope Featherington
1 week ago
Conversations With Friends tackles sexuality the way Normal People tackled sex
Next Page