He also said that he is considering wearing his iconic jacket/O'Neill's shorts combo on the day.

Paul Mescal has said that any Emmy recognition he receives should be shared with his Normal People co-star Daisy Edgar-Jones.

Mescal starred opposite Edgar-Jones in the series that took the world by storm earlier this year. 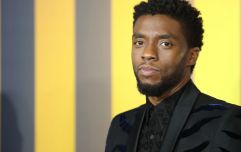 END_OF_DOCUMENT_TOKEN_TO_BE_REPLACED

The Kildare man was rewarded for his efforts with an Emmy nomination, where he comes up against names like Hugh Jackman, Jeremy Irons and Mark Ruffalo.

In an interview with The Hollywood Reporter, Mescal said that he is considering wearing his now iconic sports jacket/white GAA shorts to the ceremony.

He said: "As far as I know, it’s live. But it’s going to be very early in the morning and the dress code is, 'come as you are, but make an effort.' Seems pretty vague...

"I’m going to come as I am and I’m going to make an effort. Ha! I actually don’t know what the exact time is, but I’m really looking forward to it, regardless of whether it’s virtual or not. It’s my first Emmys and something I’m pretty proud of.

"I’d be lying if I said I hadn’t considered it (wearing the GAA shorts). But it might have to be a little more formal than that, unless it’s a proper designer jacket, but who knows."

Speaking about his co-star Daisy Edgar-Jones, Mescal said:" I think it goes without saying that the show depends on both of us, so any recognition for either of the individuals is for both of us. And I have no doubt that if the shoe was on the other foot, which it so easily could have been, she would do the exact same thing for me."

No man has ever done so much for O'Neills in such a short space of time pic.twitter.com/PClnn32u6V

Earlier on Friday, it emerged that Mescal is due to star in a new series created by Derry Girls' Lisa McGee that will air on Virgin Media next month.

Girls With Goals || Her · Ep.156: 'Beauty Returns' - Rebecca O'Keeffe is BACK and we're talking about viral beauty trends
popular
Baz Ashmawy announces birth of first grandchild
Tried and tested: I tried the viral TikTok mascara hack to see if it really works
Hilaria Baldwin thanks "special angels" who brought daughter Lucía into the world
"Let kids explore" Emma Willis defends son Ace's self-expression
Pippa Middleton pregnant with second child, confirms Carole Middleton
Palace source says THIS incident on the tour of Australia upset Meghan's staff
Why Meghan Markle - and other royals - call the royal family 'The Firm'
You may also like
3 weeks ago
Gina Carano has reportedly been fired from The Mandalorian
1 month ago
Here's the lineup for The Late Late Show this week
1 month ago
OFFICIAL: Peaky Blinders will end after the sixth season
1 month ago
Armie Hammer drops out of Jennifer Lopez film amid social media controversy
1 month ago
Netflix’s new true crime doc examines one of the most infamous serial killers in US history
1 month ago
A mysterious new trailer has landed for your first must-watch show of 2021
Next Page