Things didn't exactly get off to the best start, it turns out.

Paul Rudd has admitted he was worried he would be fired from Friends after he drove a Segway over Jennifer Aniston's broken toe when he met her.

According to The Mirror, the actor spoke about their first encounter during an appearance on The Graham Norton Show tonight.

"I was on the set for my first episode and Jennifer was on a Segway because she had broken her toe, and everyone was marvelling at it.

"Matt LeBlanc asked to have a go and immediately knew how to do it. I then asked to try it too. I spun round and rolled it right over Jennifer’s foot.

"The producers’ look of panic was if to say, 'Is it too late to fire him? Has his character been established yet?' I felt awful. Such an inauspicious start." 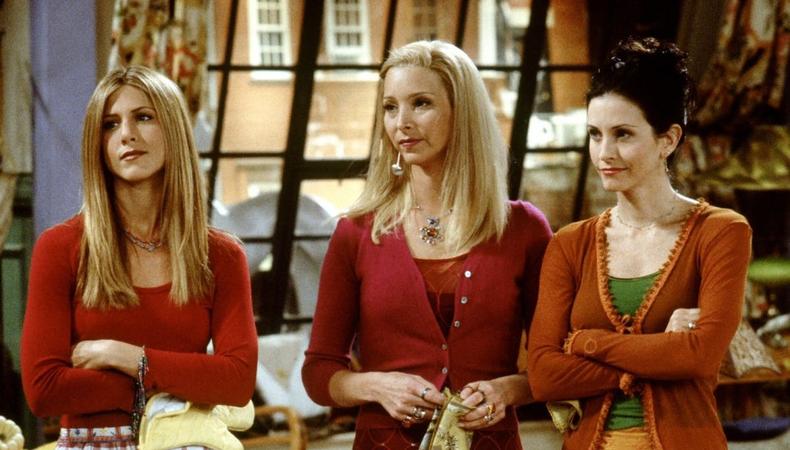 The actor joined the iconic comedy as Phoebe's new boyfriend Mike, a meant-to-be temporary character who ended up sticking around for a lot longer after producers changed the script.

And Rudd added that while Friends was "an incredible thing to be part of", it still seems surreal and "a bit of a blur" in his memory.

‘The show was a phenomenon and I was in the very last episode, which made no sense to me whatsoever.

"I was on the sound stage and Jennifer Aniston was crying and I thought, 'I’m not supposed to be here,' so to break the ice I went over and said, 'Well, we did it, what a ride.' The joke inevitably fell flat!"

popular
You stars Victoria Pedretti and Dylan Arnold spark romance rumours
Channel 4's Breastfeeding My Boyfriend doc criticised for contributing to stigma
Viral TikTok shows how to keep warm wearing tights in winter
Brian Laundrie parents 'to cremate body with no funeral' amid mystery over cause of death
Late Late Show viewers are not happy with Ryan's questions for Billy Connolly
Britney Spears says she want justice after her family hurt her “deeper than you’ll ever know”
Here's what happens on every day of your menstrual cycle (roughly)
You may also like
1 month ago
Jennifer Aniston responds to David Schwimmer romance rumours
1 month ago
QUIZ: Can you beat Ross's quiz in Friends?
2 months ago
Jennifer Aniston and David Schwimmer are apparently dating in real life
2 months ago
Jennifer Anniston perfectly explains why she cut ties with anti-vaxxers
2 months ago
Jennifer Aniston cuts ties with all the anti-vaxxers in her life
3 months ago
How are we supposed to make new friends as adults?
Next Page