Royal family fans gushed over Princess Charlotte's "adorable" curtsy to the Queen yesterday and now, we've just found out the sweetest story behind her pink flamingo spotted with her on Christmas Day.

END_OF_DOCUMENT_TOKEN_TO_BE_REPLACED

The four-year-old royal captured everyone's hearts as she joined her parents and her older brother, Prince George, for the the annual Christmas Day service at Sandringham.

It was the first time that George and Charlotte joined their parents. Although, their younger brother Louis is thought to have stayed at the house.

And while entering the church on Christmas Day, Princess Charlotte was handed an inflatable pink flamingo by a fan in a wheelchair.

It has now been reported that the fan, Gemma Clark, noticed that Princess Charlotte kept looking at the flamingo which the woman calls her "lucky charm". 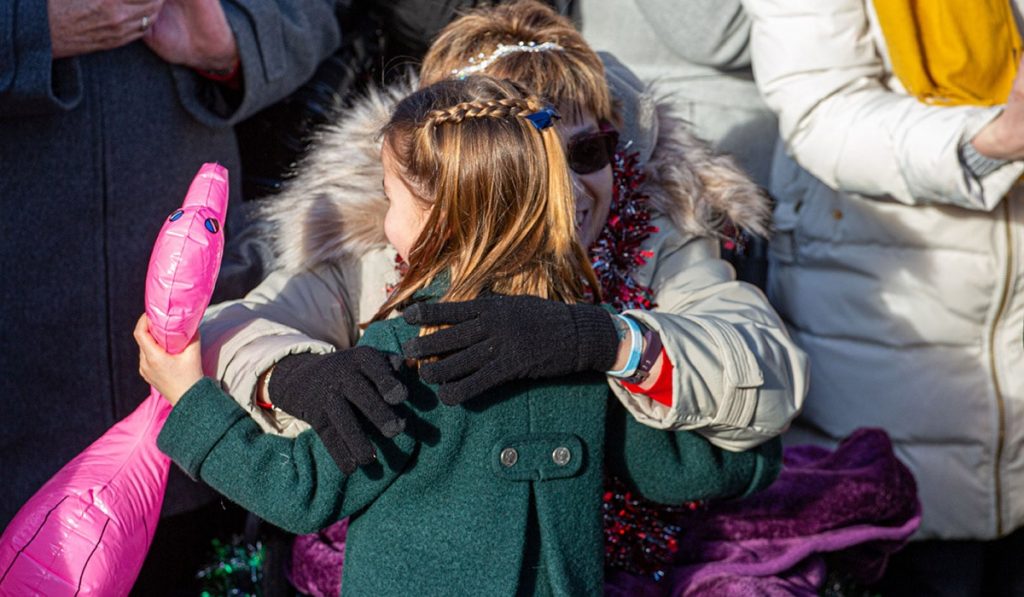 The flamingo which she named Felicity was a 39th birthday present but when she noticed the little princess staring over numerous times she thought "I wonder would she like her".

And so, when Princess Charlotte walked over with her parents and Prince George, Gemma said:

Gemma said little Charlotte then gave her a massive hug (which was captured by the photographers) and recalled her to be "on cloud nine".

popular
Meabh Feerick passes away after sharing that she felt "let down" by Irish healthcare system
Stacey Solomon mortified after walking around shop in see through leggings
Vicky Pattison thanks fans for support after doctors find ovarian cyst
Liveline listeners call for RTÉ's new property show to be scrapped
Father and daughter stabbed to death in London
Here Are The Top 20 Most Common Pin Codes in The World
82-year-old woman reunited with 35-year-old husband after 9 month Covid separation
You may also like
1 day ago
Lindsay Lohan announces engagement to boyfriend Bader Shammas
6 days ago
Jamie Redknapp and Frida Andersson-Lourie welcome baby boy
1 week ago
Hollyoaks' Jorgie Porter shares pain of miscarriage of quadruplets
1 week ago
Tributes paid to actor Joey Morgan who has died, aged 28
1 week ago
Camila Cabello and Shawn Mendes announce split after 2 years
2 weeks ago
Three months is plenty of time to fall in love, and to have your heart broken
Next Page