Weekend one of a revamped X Factor seemed to go down well. Some great auditions, some emotional stories that had everyone in tears, and the new judging panel was a success.

Yes, Louis Tomlinson, Ayda Field and Robbie Williams have taken up residence in the three judging chairs next to Simon Cowell on the new season of the show and all seemed to be going well.

However, during his second weekend on the show, Robbie Williams has upset viewers with a question he asked one of the hopeful contestants. 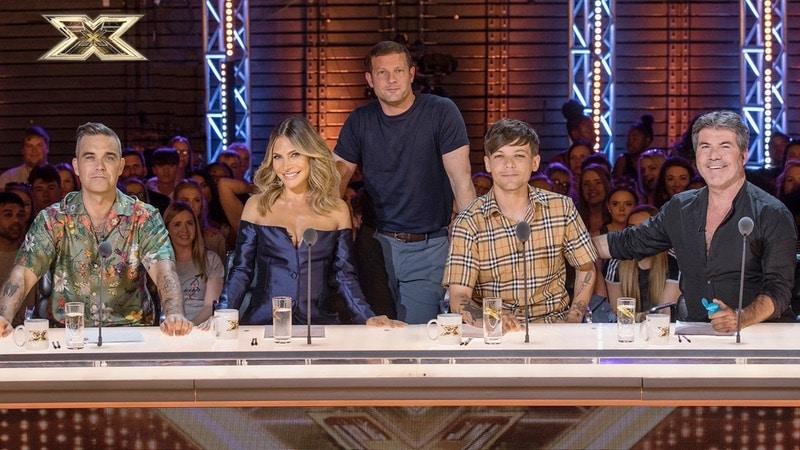 END_OF_DOCUMENT_TOKEN_TO_BE_REPLACED

Felix Shephard took to the stage during last night’s show to sing a rendition of Kodaline’s All I Want and said he was there to “prove to people that I’m more than just a transgender guy.”

Looking surprised by Felix’s story, Robbie asked, “So, when you were born, what was your name?”

Robbie’s question led to a wave of negative feedback from viewers who were angry that he asked Felix about his deadname.

“I must say I felt it was offensive Robbie asking Felix his deadname,” wrote one viewer on Twitter.

Yes, Twitter was alight with criticism of the former Take That frontman, with many telling the singer he should apologise.

#XFactor felixs deadname did not even NEED to be mentioned. Robbie should NOT have asked that.

I never watch x factor and i ofc coincidentally tune in when robbie williams asks a trans persons deadname....

Well felix was amazing tho!!!

robbie williams just asked a trans guy’s birthname in front of a live audience on the x factor, i’m fuming

@TheXFactor Why did Robbie Williams ask for Felix's birth name. How is that relevant to how well he sings? Isn't that just a bit rude.

Robbie Williams forcing a trans man to dead name himself on X Factor is it.
ugh. I hope they're more sensitive to Felix going forward and that Robbie apologises to him.

popular
Andrew McGinley says he is seeking a divorce from Deirdre Morley
Irish person dies after drowning in Spanish resort swimming pool
Love Island's Danica said she felt "disrespected" in the villa
Ekin-Su Cülcüloğlu could be joining the Loose Women panel
PrettyLittleThing ad removed for portraying girl in "sexual manner"
Everything we know about Love Island USA's Irish premiere
Dami explains why he was "angry" during the Love Island reunion
You may also like
3 weeks ago
WATCH: The trailer for The Handmaid's Tale season 5 is here
1 month ago
Hang on, is Boris Johnson entering the Love Island villa tonight?
1 month ago
NOW announces large price reduction to its monthly membership
1 month ago
Netflix CEO confirms adverts are coming to the service
1 month ago
Netflix looking for participants for Squid Game reality series
1 month ago
Here's why Gemma and Luca have a fight on tonight's Love Island
Next Page