It's just been revealed that one of the most iconic twists in Friends was never supposed to happen.

Remember when Ross accidentally said Rachel's name at the altar when he was marrying Emily? It came about as a blooper.

END_OF_DOCUMENT_TOKEN_TO_BE_REPLACED

The groom got mixed-up when ex-girlfriend Rachel showed up unexpectedly at his wedding and said " I take thee, Rachel" rather than his fiance's name.

In a newly-unearthed clip, a writer for show said that actor David Schwimmer, who played Ross, slipped up one day while filming.

The writing team hadn't been able to see where the storyline was going but once they heard David's mistake, they knew what to do.

"We never knew how it was going to end. We struggled with it, we couldn’t figure it out," the writer says in the clip, posted on Instagram this week.

"And then there was one time, at a taping, where David Schwimmer walked in the room. 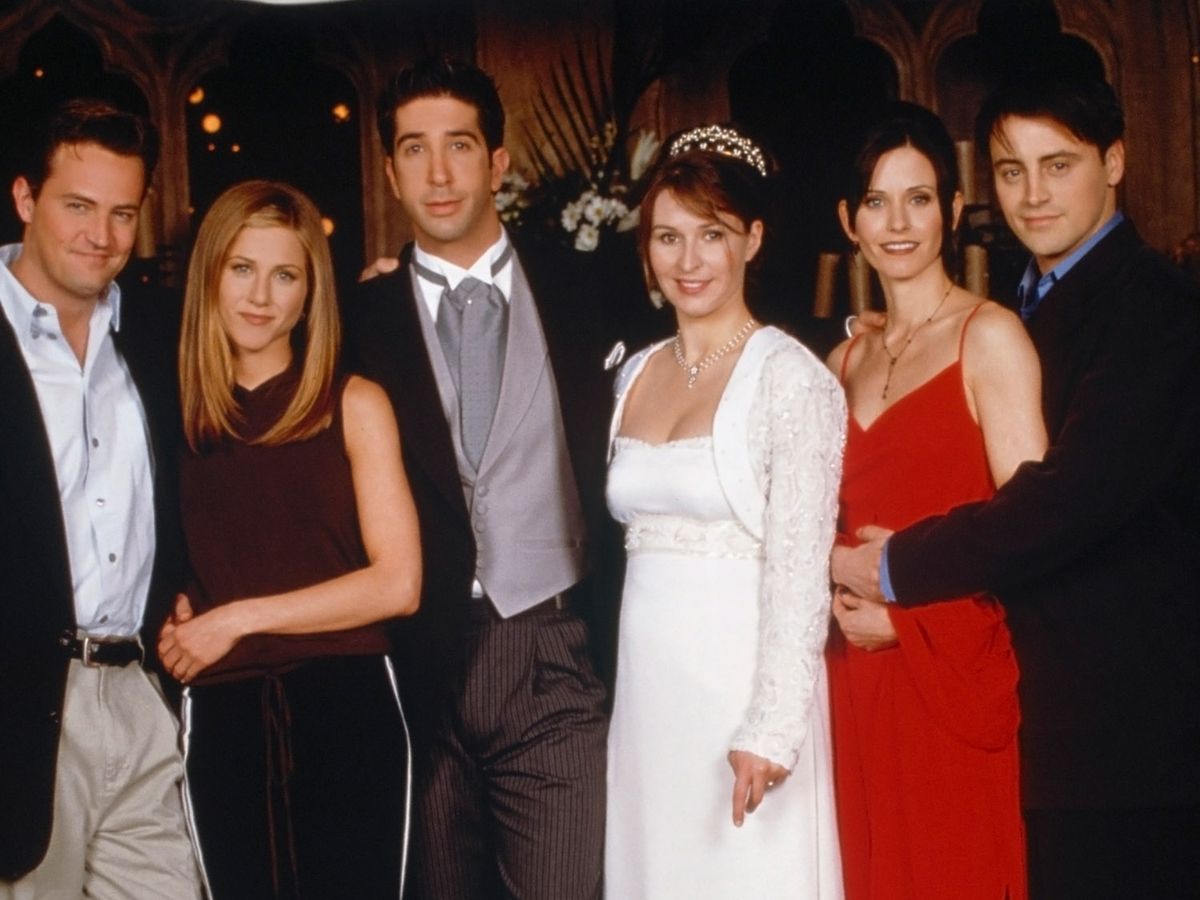 END_OF_DOCUMENT_TOKEN_TO_BE_REPLACED

"What he was supposed to say was ‘I have the cab waiting downstairs Emily’.

"But he walked in and said ‘I have the cab waiting, Rachel’. Oh shoot, sorry, let me start again’.

END_OF_DOCUMENT_TOKEN_TO_BE_REPLACED

“And he ran back out, and we kind of went, that’s what should happen. But it just happened 'cos David flubbed his line."

And just like that, TV history was made. The line set up Ross and Rachel's dynamic for years to come, cementing the notion that they'd always end up together.

We reckon David Schwimmer deserves a pat on the back for that one.

popular
Adam Collard responds to claims he cheated on Paige Thorne
Woman who 'fell off' rollercoaster ride is identified
Ellie Simmonds targeted by online abuse following Strictly debut
Corrie actress Lucy Fallon pregnant after miscarriage heartache
WATCH: First look at Netflix's YOU season 4
Netflix's true crime series Sins of our Mother is seriously insane
Alec and Hilaria Baldwin welcome their seventh child
You may also like
1 week ago
A docuseries about the 'Bling Ring' is coming to Netflix
2 weeks ago
The Handmaid's Tale confirmed for a 6th and final season
2 weeks ago
Netflix reveals full list of scary shows and movies arriving between now and Halloween
2 weeks ago
Gemma Owen reportedly set to star in show about footballers' daughters
3 weeks ago
Here's what's coming to Netflix in September
4 weeks ago
Channel 4 to air controversial musical about Prince Andrew
Next Page